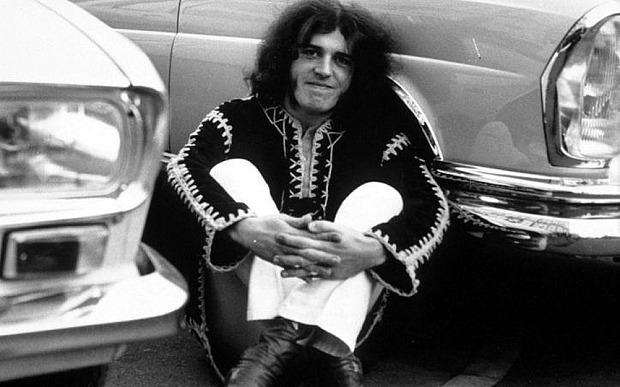 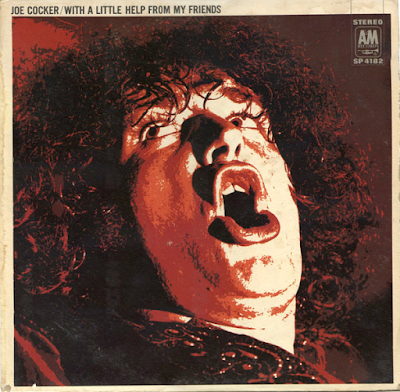 The New Age Of Lily/Something's Coming On

This was an impressive debut album from Sheffield's gravel voiced Joe Cocker. It has been remastered to a high level and is a revelatory listen. Cocker is probably best remembered as an interpreter of other people's songs and that is certainly a trend that is begun here. Musicians that appear that went on to become relatively well-known are Jimmy Page, Henry McCullough, Albert Lee, Tony Visconti, Chris Stainton, Steve Winwood and Carol Kaye. The musicianship and production together with the variety and subtlety of sound makes this an exceptionally good album and one that was actually quite considerably ahead of its time. Check out that cover too! He had a look of a late sixties/early seventies footballer about him, I'm thinking Reading's Robin Friday.

Traffic’s Feelin’ Alright is a superb cover, full of rhythm snd soulful funk as well as a solid blues rock vibe. It has fantastic quality sound and is a great start to the album. Cocker had the enviable ability to turn any song in to his own bluesy, rocking classic and he takes the easy listening 1926 standard Bye Bye Blackbird and reinvents it as a piece of copper-bottomed blues rock. It stands up in its own right almost as if it had always been a blues song. Change In Louise is a wonderful, organ-driven serving of soulful rock, with the backing singers matching Cocker’s gritty vocals all the way. This really is excellent stuff.

Marjorine is a bit of an oddity, with a jaunty Beatles-esque feeling to it. It was 1969 I suppose. It has a vague hippy, psychedelic ambience to it as well. It is nowhere near as good as the three tracks that preceded it. It also, unfortunately, has a title that sounds as if it is a song sung to Margarine, that sixties butter substitute. Cocker then gives Bob Dylan’s Just Like A Woman a slowed-down soul makeover, backed by a churchy organ and a deep, rumbling bass. This was surprisingly quality fare for 1969.

Do I Still Figure In Your Life? has a feel of classic Atlantic soul and again has a gospelly sound to it. Cocker sounds like an authentic soul singer. Sandpaper Cadillac has a fine deep bass sound and a bluesy looseness to it. Material like this is up there with the best of its era. You can hear the influence this would have on Paul Weller’s solo output when you listen to Cocker’s delivery and the guitar/drum sound too. 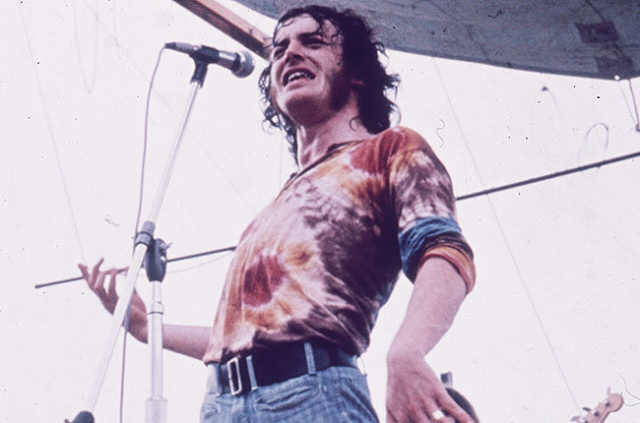 The cover of The Animals’ Don’t Let Me Be Understood is as close to definitive as it is possible to be. The same applies, of course, to the now iconic interpretation of The Beatles’ With A Little Help From My Friends which turns Ringo Starr’s homely, unthreatening vocal on its head with a masterpiece of whisky-soaked soulful rock. Back in 1968, as a nine year-old, I had not actually heard The Beatles’ version, it not having been a single, so Cocker’s seismic version was my first introduction to the song. It totally blew me away, I absolutely loved it. To this day, when Joe starts singing it still sends shivers down my spine. I close my eyes and it’s October 1968 and I’m singing “do you neeeed anybodyyyyyy” in the playground, complete with Cocker screams. My friend and I would sing the line, then the "da-da-da" instrumental bridge, then scream our heads off.

The final cover is Dylan’s I Shall Be Released, along with The Tom Robinson Band’s 1977 version, it is up there with the best. Lovely subtle bass and electric violin backing to it. It is sort of Van Morrison-esque.

The bonus tracks are the psychedelic, late sixties-ish groove of The New Age Of Lily and the upbeat Small Faces-style soul of Something’s Coming On.

This is a fantastic-sounding album and a really good debut from a much-missed, very talented vocalist. 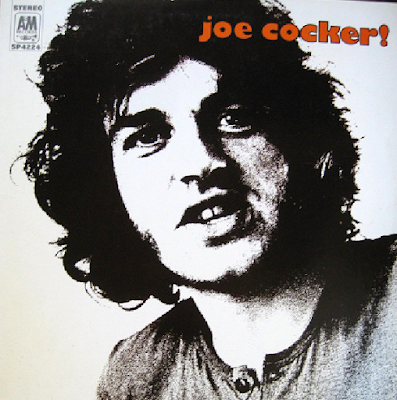 This was Joe Cocker's second album and is is mainly one of cover versions, albeit quality, gritty, soulful ones delivered by Cocker's Sheffield steelworker's growl. There are cover versions and there are Joe Cocker cover versions. The music, supplied by his Grease Band is immaculate too, and is presented with superb remastered sound on the album's latest release. It was a shame in some ways that Cocker was always used as an interpreter of other people's work, but in other ways, he does it so well that you can't find fault with it.

The album begins with a rollicking bluesy and upbeat cover of Bob Dylan's Dear Landlord, featuring some fine guitar and piano. Leonard Cohen's Bird On A Wire highlights Cocker's ability to serve up a slow slice of pure soul/blues. He was the male Janis Joplin. It is a pleasure to listen to. Leon Russell produced and arranged the album (and played piano) and you can tell on the swamp blues groove of Lloyd Price's Lawdy Miss Clawdy - check out the bass, guitar and piano on this one, all magnificent. I am sure Elton John absolutely loved this. It morphs, in suitably Abbey Road style, in to She Came In Through The Bathroom Window, from that year's Beatles album. Cocker's version highlights the essential bluesiness of the track, improving on it, if you ask me (but you probably won't). 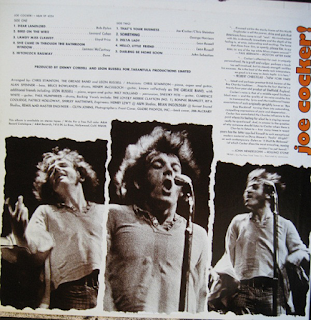 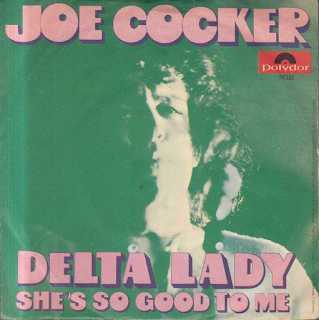 Hitchcock Railway is a barnstorming piece of bar-room boogie, co-written by Booker T & The MG's bassist, Donald "Duck" Dunn and enhanced by some infectious rhythms and gospelly backing vocals (Merry Clayton, Bonnie Bramlett, Rita Coolidge, Patrice Holloway and Shirlie Matthews). This is so good it hurts. That's Your Business was the only track written by Cocker (with organist/pianist Chris Stainton) and it is a sleepy piece of whisky-drenched blues rock. It is very typical of the turn of the decade blues rock put out by many artists. Again, it flows into a Beatles track, this time George Harrison's Something, which has another sumptuous bass line (Alan Spenner was the bassist) and, of course, Joe coped with the song admirably.

Delta Lady is a wonderful piece of bluesy country rock with Cocker sounding like Elton John would go on to sound like in the early seventies. This must have been hugely influential on Honky Château. Leon Russell's Hello Little Friend is a plaintive, piano-driven slow, laid-back number. Darling Be Home Soon is a John Sebastian song, also covered by Slade on Slade Alive. It is served up here in stomping style.

This album, although short, is an absolute delight all the way through. God bless you Joe, and all the other musicians on the album. Great stuff.

** Non-album tracks are the rocking blues of Cocker and Stainton's She's So Good To Me and a cover of The Beatles' Let It Be which Joe lifts heavenwards, as you would expect. 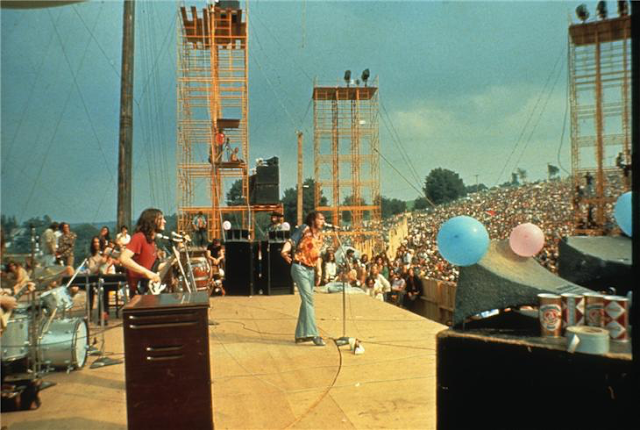 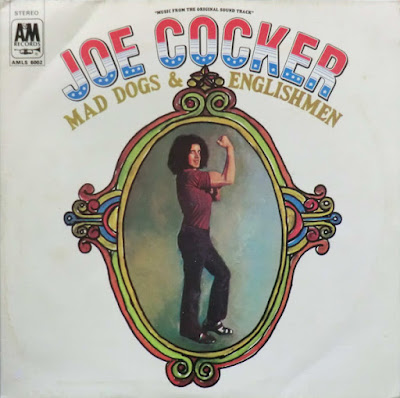 * These are the tracks that appeared on the orignal double vinyl album release.

Joe Cocker was always more of a cover-version artist than a deliverer of original material. As I said in a previous review, there were cover versions and there were Joe Cocker cover versions. This excellent live album from 1979, expanded to include a full set and now in the correct running order, is jam-packed full of killer covers. Cocker is accompanied by huge band - guitars, keyboards, drums, percussion, multiple backing singers and lots of horns - which was one of the largest rock bands ever assembled on one stage. The sound they delivered is as you would expect - big, brassy and booming. Cocker's amazing growling voice can cope with this, of course. It is a pure, essential, beautifully live, warts and all, album. One of the best in rock history. The first half of it is the best part, however, the second half gets a bit loose, ad hoc and more of a jam from the band. Funnily enough, despite the excellence of some of the tracks that have been added on to the expanded version, listening to the original album running order and track selection, I find that to be the more satisfying, cohesive listen.

Anyway, to the expanded version. It begins with an Elton John-esque delivery of The Rolling Stones' Honky Tonk Women before launching into a horn-drenched version of The Beatles' She Came In Through The Bathroom Window. The power of the band on these is jaw-dropping. The Band's The Weight would seem to be tailor-made for Cocker and his band and this stonking version doesn't disappoint. Great vocals, pounding drums, blaring horns, searing guitar, what more could you ask for? I am writing this in the dark days of April 2020 and believe me, this lifts my spirits as much as anything.

The old r 'n' b classic Sticks And Stones is performed full of energy and enthusiasm, with the backing vocalist to the fore. Leonard Cohen's Bird On The Wire is bluesily evocative and Cocker's vocal truly soars. Come on Joe, take us home. Julie London's torch song Cry Me A River is turned into a horn-driven upbeat blues rock/gospel romp. It has the feel of a band just having a fun jam. Rita Coolidge takes lead vocals on a soulful version of Superstar, made famous by The Carpenters and written by Leon Russell and Bonnie Bramlett. It features some fine saxophone from Bobby Keys (of Rolling Stones touring fame). 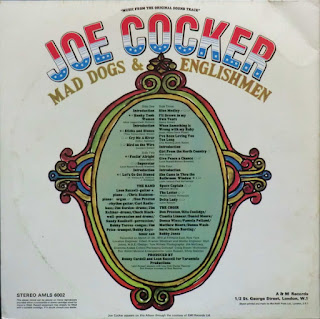 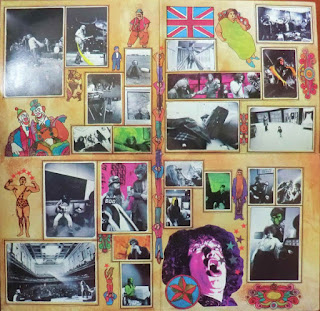 Traffic's groovy Feelin' Alright is well, groovy, brimming over with rhythm and soul/rock. George Harrison's Something was already something of a standard for artists to cover, so it is nothing particularly new but Cocker, unsurprisingly, delivers a powerful version. The Lovin' Spoonful's Darling Be Home Soon (also covered by Slade on Slade Alive) is solid muscular and full of soul while Paul McCartney's Let It Be has a lead vocal by Claudia Lennear. It is uplifting and heavenly, but I prefer Cocker's peerless version he did on the Joe Cocker! album. A US guitarist named Don Preston took the lead on a rousing piece of blues rock in Further On Up The Road. It rocks from beginning to end.

Let's Go Get Stoned is actually a Nickolas Ashford and Valerie Simpson song and here it is stretched out to over eight addled bar-room minutes, which is probably a few too long. It is a solid blues, though. Space Captain is an Elton John-ish piano-driven typically early seventies blues rocker that suffers a bit from a deafening chorus. It is not one of my favourites, I have to admit. The next two are Leon Russell songs, Hummingbird and Dixie Lullaby, and feature him on distinctive lead vocals. You can hear just what influenced Elton John so much in Russell's work on these tracks.

Joe is back with a cover of The Box Tops' The Letter that doesn't quite get there, I much prefer the original, but Delta Lady is up next with all its brassy funk rock so that puts things right again. Incidentally, the "single version" of The Letter is much better, some of the rough edges having been smoothed out. A gospelly rendition of Russell and Bramlett's Give Peace A Chance (not the John Lennon one) leads into an extended Blue Medley of sixties soul classics. Things then start to come to a close with a storming With A Little Help From My Friends and a short duet with Russell on Bob Dylan's Girl From The North Country. The rest of the extended album feature jams and single versions.

Interestingly, it is said that soon after this Cocker and Russell fell out, big time, and it was a rift that continued for years. Maybe a hint can be briefly heard before Feelin' Alright when Cocker says "there's a strange feeling tonight..". Who knows what he was talking about.

As I said earlier, I find the first half of the CD to be the most enjoyable bit. You don't have to listen to the whole lot, or you can cherry pick, because all the tracks are pretty lengthy anyway. 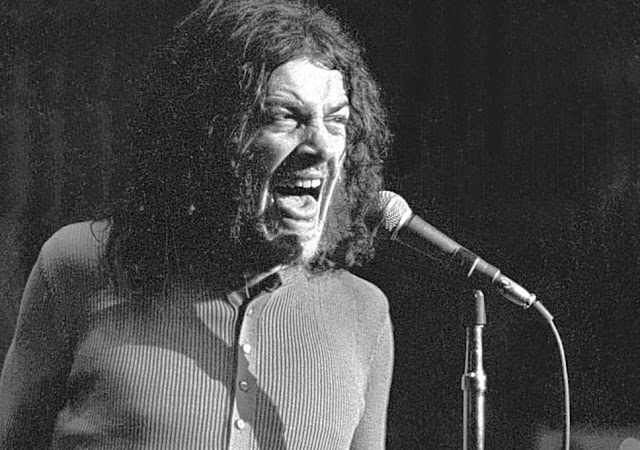 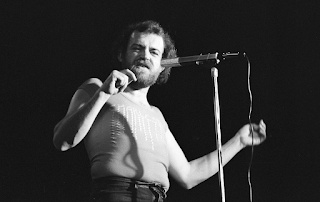