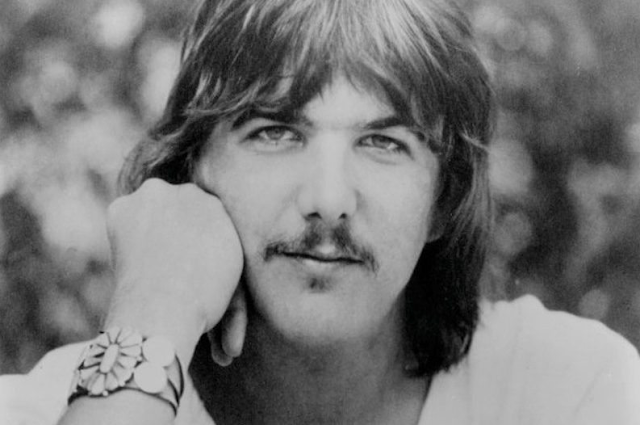 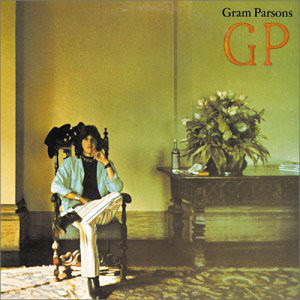 Gram Parsons' debut solo album, from 1973, came after a few years drifting around with The Rolling Stones before being chucked out of their inner circle, too drugged-up even for Keith Richards. They went on to record Exile On Main Street (an album which contained a few country rock influences), while Parsons got his act together enough to dispense with country rock and produce a more obviously country album. Apparently he was bloated, Elvis-style, and unhealthy during the recording, but you can't detect it listening to it. His voice and playing sound clear and confident. Incidentally, the album's sessions were produced by ex-Traffic, Blind Faith and Family member Ric Grech.

Elvis Costello (who covered How Much I Lied on his 1981 Almost Blue album) said of the album:-

"Gram Parsons had helped create a Frankenstein's monster in country rock. But his first solo album, GP, paid no allegiance to this style...the songs are of lost or stolen love, crossed with an occasional r 'n' b beat...if it should fail to move you, then you have a big problem...."

Costello is his usual didactic self, it is all often a bit confrontational with him. Personally, though, I prefer my country more rocky and bluesy, but there is still something pure and essential about this album. There are certainly very few of the "r 'n' b beats" that Costello speaks of. It sort of goes beyond traditional country into some soft rock vibes at times but it is certainly more country and less rock than say The Flying Burrito Brothers or Pure Prairie League.

Still Feeling Blue is a breezy, upbeat piece of fiddle and steel guitar-driven country fare. We'll Sweep Out The Ashes In The Morning is a typical mid-pace country song with more steel guitar and twangy vocals from Parsons and backing vocalist Emmylou Harris.
A Song For You has the two of them combining sweetly on a tranquil ballad. There is some fine guitar and organ on this number and an overall quality of sound. It is one of the tracks that exemplified what Costello was referring to in his quote.

Streets Of Baltimore is a narrative, fiddle-enhanced mournful song. Check out the excellent guitar/piano interplay in the middle. She is a pleasing, bassy ballad written by Parsons with old Flying Burrito Brothers colleague Chris Ethridge. By the end of the song, it has a bit of a rock muscle about it, which I like.
That's All It Took is back to traditional mid-pace, lachrymose country fare. Harris's vocal on here is excellent and the mid-song fiddle solo is attractive.
The New Soft Shoe is a gentle, airy ballad while Kiss The Children, actually written by non-country musician Ric Grech, is, funnily enough, one of the album's most whiskey-sodden "country" songs.

Cry One More Time is a slow but punchy song with a rock 'n' roll-style saxophone and piano backing. How Much I Lied is the afore-mentioned song covered by Elvis Costello. I like his version, probably slightly preferring it.
The final track, Big Mouth Blues, is the first one that rocks out a bit - full of pounding drums and parping saxophones. It has hints of James & Bobby Purify's Shake A Tail Feather on the chorus. I really like this one, best cut on the album for me.

The album was not a commercial success - Parsons' work has gained far more critical kudos as the years have progressed and country music has become more "cool". 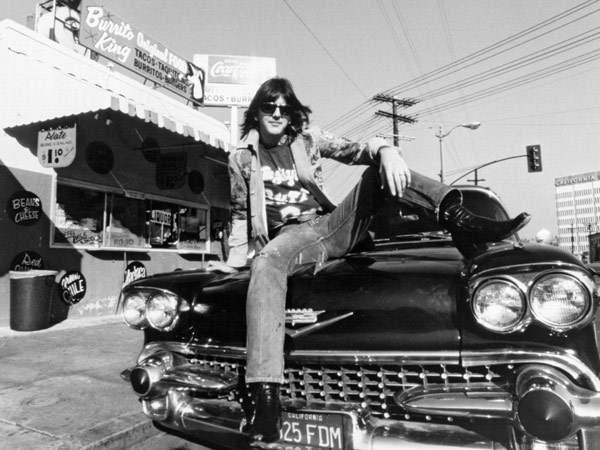 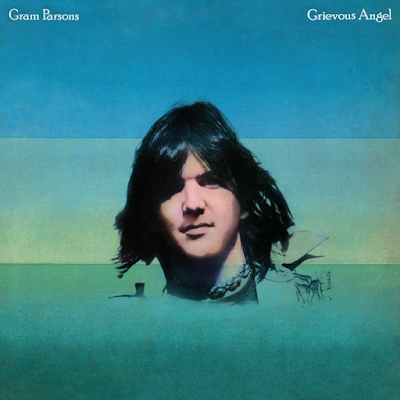 Sadly, Gram Parsons didn't live to see the release of this, his second solo album, passing away from a drug overdose in September 1973. The album is almost a shared one with Emmylou Harris, who features on vocals throughout. Initially the album was credited to both of them, but Parsons' widow changed that, removing Harris's picture and changing the credits. Harris was only credited on the rear cover. The album did not sell well, but it has received a barrel load of retrospective kudos over the years. I remember flicking through album sleeves in the seventies in record shops and regularly seeing it, never knowing much about it, though.

Parsons is an important artist in that he was respected by the rock cognoscenti and succeeded, mostly posthumously, in bringing country music to a rock audience.

Incidentally, I always thought Gram Parsons was his real name (or at least Graham), but he was born Ingram Cecil Connor III. An interesting bit of trivia.

Return Of The Grievous Angel is a melodic country groove, enhanced by some nice violin and a beautifully harmonious double vocal from Parsons and Emmylou Harris. Lyrically, it mentions "truckers",  "cowboy angels" and "desert towns", so it treads familiar ground. I'm sure Elvis Costello and Bruce Springsteen loved this song. On the next track, the gentle country ballad Hearts On Fire, Harris's voice enhances really appealingly once again.

Some solid country rock is served up on the enjoyable, rocking I Can't Dance. It has airs of early Jackson Browne about it. One of the album's best tracks is the beautiful, reflective country majesty of Brass Buttons. Check out that crystal clear cymbal backing and the steel guitar too. It is one of Parsons' best songs. There are hints of The Eagles' Desperado in there, for me. $1000 Wedding is a great one too, full of country narrative atmosphere, almost like a Dylan song. 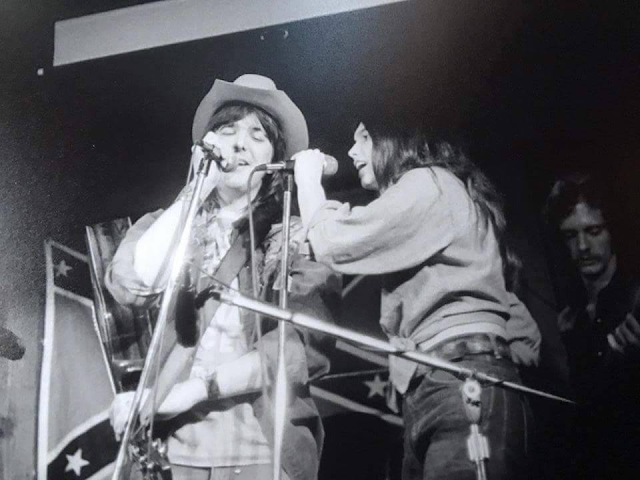 An oddity is the supposedly "live' medley - Medley: Live From Northern Quebec a) Cash On The Barrelhead b) Hickory Wind - which features false crowd noises and a manufactured live atmosphere. Basically, Parsons and his band are just playing live in the studio. I'm not quite sure why this was done, but it sounds good anyway. (Big Brother & The Holding Company did the same thing on 1968's Cheap Thrills album). The first track is a rollicking country bar-room romp, the second is Hickory Wind, known to all Byrds fans as Parsons did it with them on his one album as a Byrd, Sweetheart Of The Rodeo, back in 1968.

Love Hurts, a track subsequently covered by many artists is just gorgeous, with the vocals in perfect harmony and a lovely bass line on it too.
Ooh Las Vegas is an infectious, rocking piece of country blues fun. It rocks from beginning to end and is backed by some intoxicating percussion. Emmylou is wonderful on here as well. The cymbal work and rocking guitar is a joy too. The album ends with the lovely In My Hour Of Darkness, a perfect sombre country classic. To think Parsons died a matter of weeks after recording this album is so sad. This was one of the great country albums, enjoyable from beginning to end.