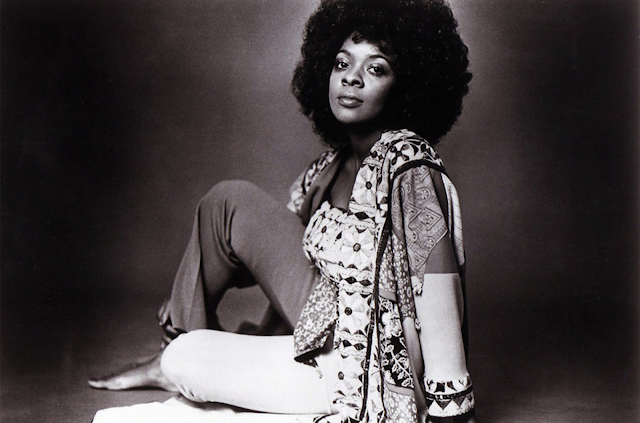 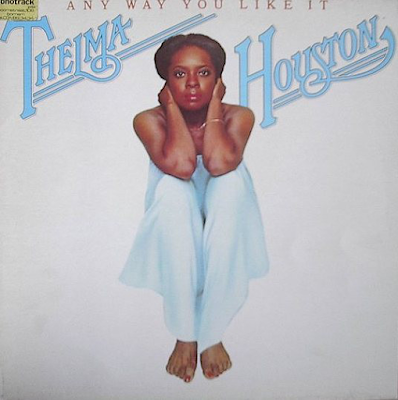 I remember back in early 1977, the song Don't Leave Me This Way was out as a single by the original recorders of it, Harold Melvin & The Blue Notes (with Teddy Pendergrass on deep lead vocals) but also by Thelma Houston, a little-known singer who had been knocking around, unsuccessfully, on Motown for a few years. It was Houston's livelier, more jumpily disco version that I preferred to the more soulful Harold Melvin one, funnily enough. Hers was a kicking version, full of vitality, what with Thelma's soaring vocal and that killer clavinet backing too.

This was the album that accompanied the single. Initially, it would seem to be a disco album, but gradually it becomes a pretty standard soul ballad one. It is perfectly pleasant album of quality seventies disco/soul, but as it progresses it is standard fare. Nothing remarkable, but certainly an ok listen every now and again.

Any Way You Like It is a big, brassy, extended slice of typical seventies disco soul with those horns punching away over a thumping, metronomic disco beat. Houston's vocals are an addition, almost incidental and not ones that dominate the song particularly. It is, to a great extent, an instrumental workout, with some spacey keyboard sounds half way through, interacting with a nice rubbery bass. It is good stuff, though, and artists like Diana Ross and Chaka Khan would also go down this route over the next five to ten years.

Don't Leave Me This Way stands tall for itself. It is a marvellous disco track, this time with Thelma's vocal taking centre stage. This is the extended version (I was familiar with the single edit so it takes a bit of getting used to when singing along). Check out that clavinet/cymbals interplay at three minutes in. Then take in Thelma's powerful vocals too. Disco perfection. For me it is one of the great seventies disco cuts.

Don't Know Why I Love You keeps the soul in a disco vein with a Philly-influenced number. It has a hooky chorus backed by more punchy brass and funky guitar. At three minutes there is a groovy rhythmic bit of bass, guitar and drums interaction which is just addictive. This is another cookin' track.

The disco vibe ends here, pretty much, unfortunately, and we go headfirst into standard soul ballad territory. Come To Me is a good one, though, with a nice warm vocal and melodic, deep bass line.
Don't Make Me Pay (For Another Girl's Mistake) is a nice soul ballad in a bit of a Millie Jackson vein, complete with spoken part in the middle.
Sharing Something Perfect Between Ourselves is a dramatic slowie in the style of much of Gladys Knight's material from the same period.

If It's The Last Thing I Do goes down that comfortable middle of the road, Diana Ross-style. No glitter-balls in sight here. You end up listening to this hoping that Thelma will put her dancing shoes on again for the last number, but no such luck as Differently is another ballad - lush and smoothly late night. I sort of understand that the old "side one" was intended to be the upbeat side, while the second was more laid-back and soulful but I have to say that I prefer the vibrancy of the first three tracks.