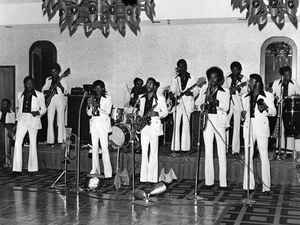 This was the only album release for this little-known funk group, in 1974. It is now almost like a Northern Soul rarity, but in album form. The sound is typical early/mid seventies soul/funk with influences from The Meters, The Chi-Lites (at times), Tower Of Power, The Isley Brothers and James Brown. It is brassy, bassy and full of big, fatback funky drums plus the occasional blaxploitation-style flute. The sound of the band is wonderful, overflowing with funk but the release is obviously a “needle drop”, sourced from the original vinyl as it is over-populated with scratching sounds and hisses. Perversely, though, it sort of adds to its raw, edgy, street funk feel. The funk is so earthy that it can still be enjoyed. Once the funk kicks in it drowns it out. The bass is warm and deep and the stereo excellent, it is actually quite revelatory. I can’t believe I have been ignorant of this album all my life, as it is wonderful.

The opener, Loving Explosion, I was familiar with as it has appeared on the They Call It Crossover “Backbeats” compilation. It is sublime piece of laid back funky soul with a soaring, confident vocal from the singer, one Levon Meyers. 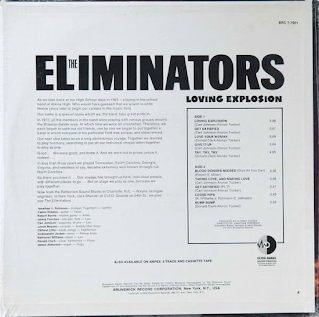 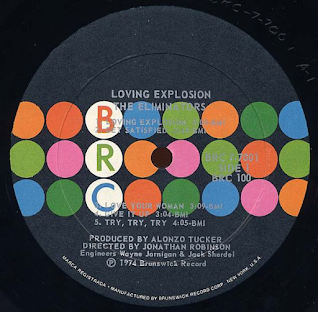 Get Satisfied is a melodic, brassy slow burner that reminds me of Joe Tex in places. Some big Hold On I’m Coming-style brass riffs back the grinding Love Your Woman, along with some irresistible wah-wah guitar licks.

Give It Up is another punchy piece of brassy funk. Try, Try, Try is a sumptuous funky soul ballad.
A real highlight of the album, though, is the down ’n’ dirty cookin’ inner city funk of Blood Donors Needed (Give All You Can). There is some great bass/bass/drum interplay around three minutes in. It is rousing and funky enough to ignore the irritating vinyl crackling sounds.

We are back to sweet soul balladry on Taking Love, And Making Love with Levon Meyers’ gruff but soulful vocals giving this late night smoocher a raw edge.
Get Satisfied (Part 2) comes here on the album, not after its vocal sibling earlier in the album, and it features that afore-mentioned  blaxploitation flute plus some absolutely stone cold funky guitar.
Just check out the magnificent James Brown-esque Loose Hips with its wonderful saxophone. Funk of the highest temperature, almost boiling over. The drum bit near the end is outrageously hot. Rump Bump is slower in tempo but just as funky. Listen to that big, rumbling bass and funky organ. 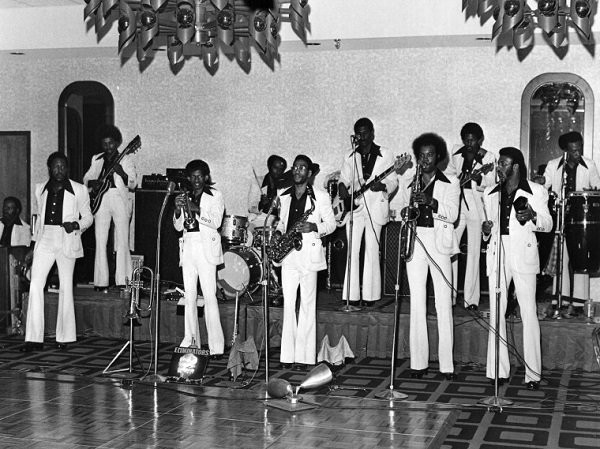 Quite how this group didn’t make it beyond this one album is a total mystery. They are so obscure that the above picture is the only one I could find of them. Thanks to Mark Barry of https://markattheflicks.blogspot.com/2019/11/loving-explosion-by-eliminators-debut.html for the inspiration, as is so often the case.