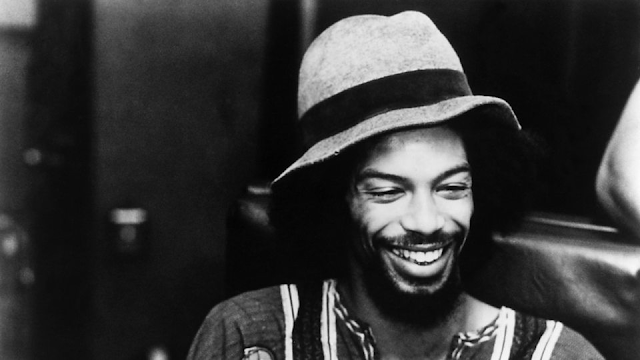 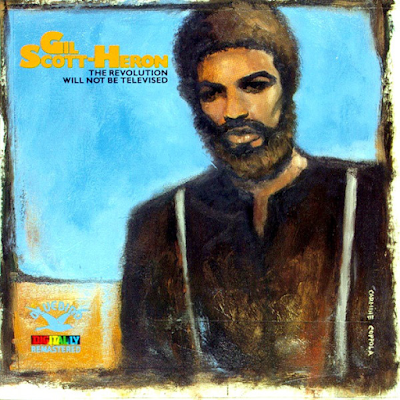 This is a compilation of material covering 1970-1972 from jazz/blues poet Gil Scott-Heron. It contains examples of Scott-Heron's spoken poetry but also some excellent fusions of jazz, blues and r'n'b. The poetry doesn't dominate the album at all, (there are only four short poems) it acts as tough, reality-check interludes between some really impressive, soulful cuts from an artist who had a good singing voice and a great ear for a funky melody. He was an artist overflowing with talent and creativity. Scott-Heron has quite a lot of the feel of Bill Withers about him, both musically and lyrically.

The material perfectly tapped in to the increased black consciousness of the What's Going On and Wattstax era and in many ways influenced the rap and hip/hop acts of the eighties and beyond. It was amazing just how much great music and strong messages came out of the 1968-1973 period for soul music - so vibrant, so hard-hitting, so creative, so influential.

The Revolution Will Not Be Televised is one of Scott-Heron's most famous songs, and indeed the phrase has become a quotable one on issues of social disquiet, cynicism and distrust of the media. It is basically an angry socio-political poem narrated by Scott-Heron, frenetically, over a delicious bass, fatback drums and funky flute backing. It is packed full of killer lines, coming at you rapid-fire, one after the other, ending with "the revolution will be live...". Great stuff.
Sex Education Ghetto Style is an amusing short Richard Pryor-esque spoken poem before Scott-Heron shows his blues/jazz credentials on the sombre, jazzy and bassy Get Out Of The Ghetto Blues.
No Knock is another short, angry rap before we get the melodic jazzy beauty of Scott-Heron's tribute to Billie Holiday and John Coltrane in Lady Day And John Coltrane. Check out that absolutely sumptuous bass line that underpins and Scott-Heron's seductive, tuneful voice too. This is a superb song and is one of the collection's few apolitical numbers. It is simply an essentially uplifting number.

Pieces Of A Man is a slow, mournful blues, backed by a late night jazz bass and piano. Home Is Where The Hatred Is was popularised by Esther Phillips as a "Blaxploitation" song. Scott-Heron delivers his own song in suitably funky fashion, with some gorgeous cymbal-driven percussion. It is more convincing, however, as a song sung from a woman's point of view. It is a soul of utter hopelessness, though, despite its appealing sound. Brother is a scathing condemnation of militant black hypocrisy. As with most of the album, an angry narration is followed by a slice of soul and it happens again here for the beautiful tones of Save The Children.
The message is stark, though, in a What's Going On way, full of poignancy, particularly when Scott-Heron tells of his children's ambitions for the future.

Whitey On The Moon is a cynical observation of life in 1969, when the moon landings took place a long way above the housing projects of Harlem. "I think I'll send these doctor's bills, Airmail special, to "Whitey on the moon"...". In just over a minute or so, Scott-Heron nails the zeitgeist of 1969 for many.

The poems take a break now and we get a run of solid soul/blues numbers. Did You Hear What They Said is a sombre tale sung over a slow, late night jazzy blues backing about the death of a young man in Vietnam.
The tempo increases on the lively soul of When You Are Who You Are. It is a song that encourages self-awareness as opposed to pretension. I Think I'll Call It Morning is a lovely bit of bluesy soul with a positive message, a perfect morning number as the title suggests. It is very Bill Withers-esque. As indeed is the slow soul of A Sign Of The Ages. Just listen to that wonderful, rumbling, rubbery bass too. Or Down You Fall is appealingly funky, with more that typically early seventies flute swirling all over the place. 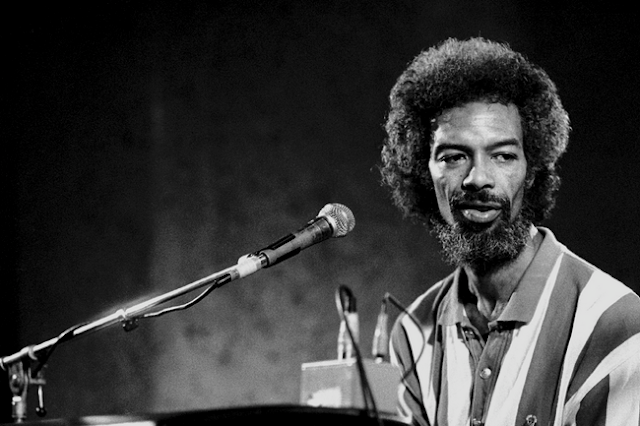 The Needle's Eye is also a fine mix of soul and funk backed by another seductive bass line. There is a great piano solo in it as well.
The Prisoner pulls no punches over its bleak eight minutes. Its moving message is far more captivating than its dour melody, however. and it is the album's least appealing track, musically. Once again, though, the stand-up bass is superb.

** I have added three bonus tracks onto the album from my own collection, as they are suitably relevant to the rest of the material.

The much-covered The Bottle is another flute-driven, thumping funker that has appeared on many Blaxploitation compilations.
I Got To Get Back And See My People is catchily jazzy but full of soul too. Scott-Heron's cover of Bill Withers' evocative Grandma's Hands is done pretty authentically, with an increased funkiness from Withers' version, including some excellent saxophone.

This is an excellent, thought-provoking collection from one of soul music's most influential, but surprisingly little-mentioned seventies artists.