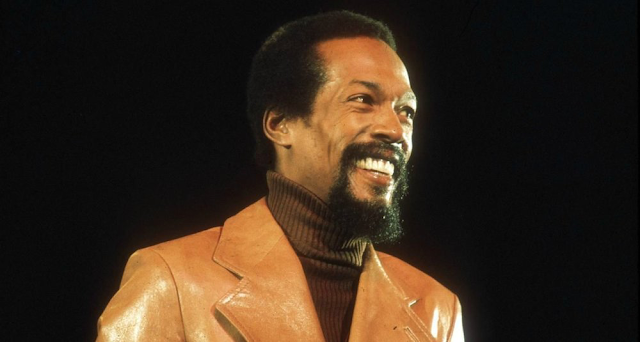 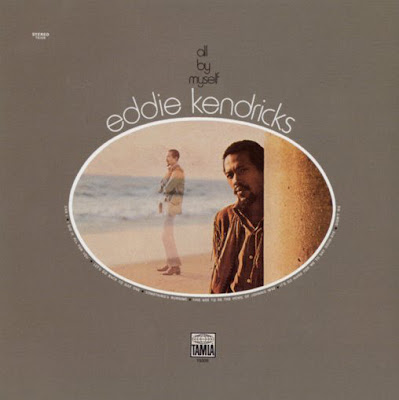 Let's Get Back To Day One/This Used To Be The Home Of Johnnie Mae/I Did It All For You/It's So Hard For Me To Say Goodbye/something's Burning/Can I/Didn't We
This was Eddie Kendricks' first solo album away from The Temptations and, in 1971, social awareness and a black consciousness that manifested itself through music was the order of the day. Here, Kendricks mixes such contemporary concerns with solid funk, slick soul and, notably, proto-disco. Dance rhythms and having a carefree, escapist good-time was becoming as important as caring about crumbling inner-cities. It was a fine album and it has remained considerably underrated ever since, which is a shame, as it is a good one.
The album kicks off with one hell of a cookin' brassy beauty in Let's Go Back To Day One, which features some rhythmic percussion and some searing, fuzzy guitar of the type used in much of The Temptations' late sixties/early seventies output. It was written by Gloria Jones and Patrice Holloway. Next up is the extremely moving This Used To Be The Home Of Johnnie Mae, which has Kendricks recounting the sad, backwoods tale of a poor but hard-working woman's demise (oddly called 'Johnnie'). It contains some emotive lyrics and an uplifting melody to match, with Eddie's vocal soaring skywards throughout. we also are treated to a wonderful guitar solo in the style of that played on The Carpenters' Goodbye To Love. The bass is sublime too - it is probably James Jamerson, although I have been unable to verify that.
I Did It All For You is an example of classic Kendricks smooth soul - slow in pace and backed by a thudding, resonant but tuneful bass and sweeping strings that enhance his beautiful voice as he gives it his all. The sound quality on this album is superb too, I have to say at this point. It's So Hard For Me To Say Goodbye is a lovely Frank Wilson/Pam Sawyer serving of Stax-y chunky soul while Something's Burning is a superb, brooding slow burner driven along by more marvellous bass, enhanced by some classic period Motown percussion similar to that used so well on Diana Ross & The Supremes' Reflections. The punchy horns are great too and the song is very reminiscent in places of The Temptations' (I Know) I'm Losing You.
Can I is a lengthy, sweetly orchestrated soul ballad with a very mid-seventies feel, although it surprisingly breaks out into some kicking, bouncy jazz after three and a half minutes before reverting back to the previous late-night groove. It is a bit incongruous but none the less still very enjoyable. once again, that bass is truly Heaven-sent. What was a pretty short album ends with the relaxing, slick soul of Didn't We. Overall, it is a quality offering from beginning to end, but it could have easily handled a couple more tracks. 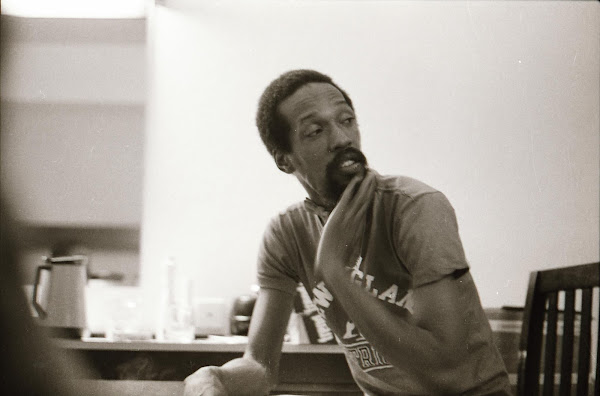 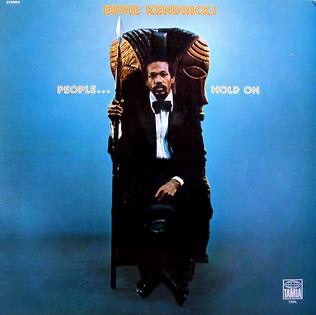 If You Let Me/Let Me Run Into Your Lonely Heart/Day By Day/Girl You Need A Change Of Mind/Someday We'll Have A Better World/My People...Hold On/Date With The Rain/Eddie's Love/I'm On The Sideline/Just Memories
This album, from 1972, continued very much in the same vein as the previous year's solo debut - again produced by Frank Wilson, it was three tracks and ten minutes or so longer and was a similar mix of socially aware material, funk, disco and finely-produced/delivered soul. It an album that showcases Kendricks' ability to deliver several styles of music within the general soul genre most impressively.
If You Let Me is a deeper than deep bass and brass opener, with a sumptuous cymbal sound and Eddie's voice gruffer in tone in places than usual. It is an impressive, lively beginning to the album. Let Me Run Into Your Lonely Heart is superbly funky, full of fatback drums, fine horns and guitar. Kendricks' vocal again proves his versatility. Day By Day also sees a change in style, being a solid, slow soulful ballad. Once more, unsurprisingly, it is the bass and brass that catch the ear.
The next track, Girl You Need A Change Of Mind, is a standout - seven minutes plus of early disco (it was still only 1972, remember) that laid down foundations for bass grooves all the way into the eighties. It goes without saying that the bass cooks all the way through, but so do the horns, the drums and the high-pitched guitar breaks (like the ones used in Rose Royce's Car Wash in 1977). Eddie deals with the song's changes of pace and punch admirably and I have to say that this is a fair way removed from anything he did with The Temptations. This was a great example of early disco, several years in advance of all those glitter balls. Check out the bass, drums and guitar interplay part at four minutes in.
Someday We'll Have A Better World is an uplifting song quite typical of Motown in the early seventies, delivering its optimistic message over an attractive backing. The world will be better for me and you and we'll put out some great music while we wait and hope. It has a nice little funky break near the end too. Time for a change of sound now with the African tribal drum sounds of My People...Hold On, complete with vocal invocations to Africa and a Curtis Mayfield-style "people!!" address from Kendricks as he delivers a sermon of warning. The song's whole feeling, the rumbling congas and the vocals are very Mayfield-esque.
Date With The Rain changes styles again on a lively piece of funk/pop while some fuzzy guitar enhances the catchy funk of Eddie's Love, which has hints of Peter Gabriel's Sledgehammer about it, for me. The tracks cooks from beginning to end. Do I need to say that the bass is top-notch? No. I'm doing it in every paragraph.
I'm On The Sideline is a robust brasser and Just Memories is a sort of Blood, Sweat & Tears-ish experimental closer that enjoys some intoxicating cymbal work and a towering Delfonics-style vocal. I love the piano, bass, spacey keyboards and guitar instrumental break at around five minutes in. As I said, this was a refreshingly varied and pleasing album. as with all Kendricks' solo work, however, it slipped under the radar somewhat.
Eddie Kendricks (1973) 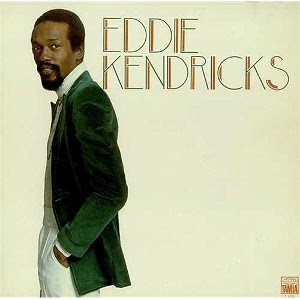 Only Room For Two/Darling Come Back Home/Each Day I Cry A Little/Can't Help What I Am/Keep On Truckin'/Any Day Now/Not On The Outside/Where Do You Go (Baby)
In 1973, Eddie Kendricks diversified ever so slightly from social message funky soul to go a bit lush and Philly style for this album. That said, though, it still contains one superb piece of funk and several other subtle funky enhancements despite the overall ambience being one of string-backed slick soul. Compared to the two previous albums it lacks a little of their vibrancy and variety, but it was the most successful of the three, so there you go.
The album begins with the soft, Philly-ish, orchestrated soul number Only Room For Two, setting a clear Philadelphia soul influence that would pervade much of the album. Darling Come Back Home is a really good, muscular Philly-ish hooky number, featuring some steel band percussion while Each Day I Cry A Little is a spoken-intro soft ballad featuring some gentle funky guitar in its backing. Its strings are beautiful too, in a Temptations slow number style. Eddie's voice absolutely nails it on here - check out the quiet bit near the end where it is him and the cymbals briefly - this is seventies soul of the highest quality. Both these two latter tracks are excellent.
Can't Help What I Am is a delicious and once more very Philly-ish number, enhanced by those distinctive horns and more intoxicating cymbals. Building on the proto-disco vibe started on the previous album with Girl You Need A Change Of Mind came Kendricks' biggest hit - the invigorating and catchy Keep On Truckin', presented here in its full, unadulterated glory. Now, while I am confirmed fan of full-length versions, I actually feel that the single version served the song better, the longer version being ever so slightly incohesive. Maybe I am just used to the single version from the seventies. Either way, the song is great, packed with hooks, stonking wah-wah and clavinet, great funky percussion and a killer vocal. The "on the red-ball express" funky bit at the end is peerless.
The sublime smooth soul of Any Day Now has a string backing that reminds me of Smokey Robinson's Just My Soul Responding. Not On The Outside is in the smoochy, romantic soul vein as indeed is the closer, Where Do You Go (Baby). While this album is very easy on the ear, I find its two predecessors to have a bit more verve and vitality about them.
Ruffin & Kendrick (1987) 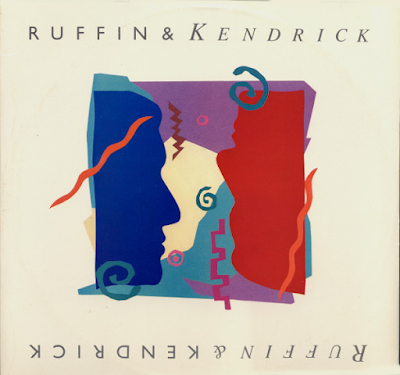 Daryl Hall & John Oates managed to get these two ex-Temptations together to record this little-known comeback album in 1987, long after they had left The Temptations. They also used the two of them to join in parts of their stage show on a Motown nostalgia slot. I used to own a long-deleted live album of that show and it was really good. (Actually it still exists, I'll get round to reviewing it - it's called Live At The Apollo).

Eddie Kendricks revered to his birth surname of Kendrick, without the 's' for this album and throughout the 1980s.

Anyway, this album is a long-forgotten soul rarity with some good stuff on it and it is great to hear them singing together again. Tragically, within five years, both of them would have passed away.

I Couldn't Believe It is a marvellous Motown-style stomper, led by Ruffin's mellifluous voice, backed up by Kendrick's falsetto. Both of them are sounding understandably older, but man, they've still got it, haven't they? The song has a killer saxophone solo too. The backing is slightly more eighties than sixties, but you can't help but bop along. It has a bit of feel of those "modern Northern Soul" records, recorded in the eighties to sound "Northern". Ordinary Girl has a very Hall & Oates-style backing that sounds like that they used on Maneater. It is not a Hall & Oates song but it sure sounds like it, with that frisky, fast bass beat. Kendrick leads on the syrupy ballad One More For The Lonely Hearts Club. Ruffin's backing vocal is sumptuous.

Whatever You Got is a solid slice of eighties soul funk, led by Ruffin, featuring some nice jazzy saxophone.The synthy backing is very eighties, though. Don't Know Why (You're Dreaming) has a summery, vaguely reggae-ish beat. The pair's cover of Sly & The Family Stone's Family Affair is handled competently enough but doesn't really find me wanting to listen to it in preference to the original. Its eighties backing takes some of the appeal of the original seventies funk away from it.

One Last Kiss is a delicious slice of sweet, harmonious soul. You Only Get What You Put Out is a cookin' pot full of funk with the two voices interacting perfectly. Once more I have to say that it is very eighties. Goodnight Pillow is a late night slushy number as you might expect.

Overall, this is a pleasant, quality soul album. It is nothing outstanding, though and is rendered a little important by its very synthesised eighties backing, but there is no denying the timbre of the voices. It is eminently listenable but certainly not essential. 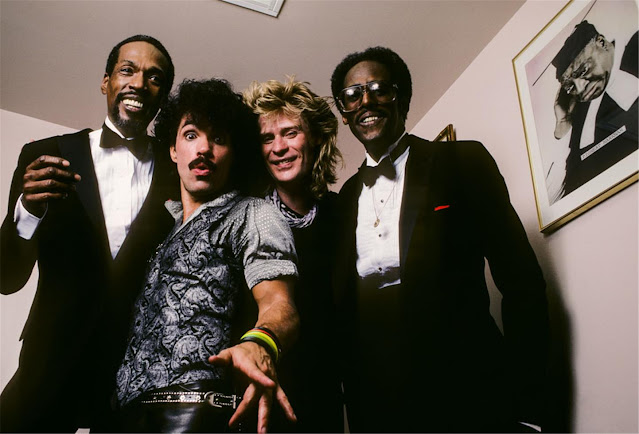