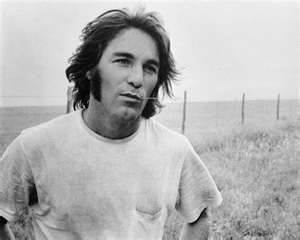 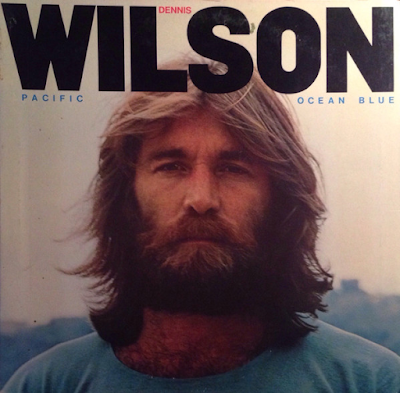 After his unfortunate late sixties dalliances with Charles Manson, Dennis Wilson spent the early seventies in a cocaine-addled haze before emerging looking aged, as if he had spent several years in a cave.

This was an album a long time in the making, with songs dating back to 1970 and finally appearing in 1977, Wilson wanted his solo project to take some aspects of the way his main group had progressed over the 1967-1975 period but also to use much of his own innovation that would take the sound a long way away from that of The Beach Boys. Fair enough, but the results are patchy, Wilson himself disowned the album as having no substance and I do not hear in it any work of genius. Sure, there are good bits in it appearing at regular intervals, but there are many production/sound problems and a lot of the material sounds exactly what it was - the product of coked-up weeks and months of seventies indulgence. In that respect though, there are always odd benefits, such as on Sly & The Family Stone's There's A Riot Going On - drug-addled pieces of seventies indulgence such as these invariably contained good points and this is no different. In many ways it is as much a symbol of seventies rock as Exile On Main Street, Physical Graffiti and Rumours. It just never really caught on. Nobody much listened to it at the time, despite good reviews. It did get a lot of retrospective critical kudos, however, some of it justified, some of it not.

What I will say, though, is that the album really grows on you, a bit like Dennis's brother Carl's Carl & The Passions album from 1972, but even more so. The more I listen to it, the more it gets into my bloodstream.

The album should be added to any list of seventies Beach Boys' albums, to be honest. It has a valid place alongside them. The afore-mentioned Carl Wilson appears throughout the album too. Dennis himself plays all sorts of keyboards as well as drums, displaying a hidden talent. 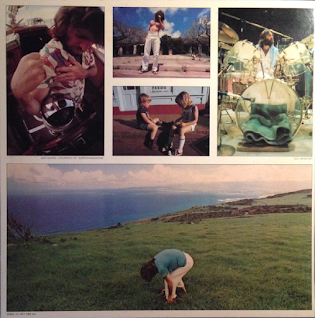 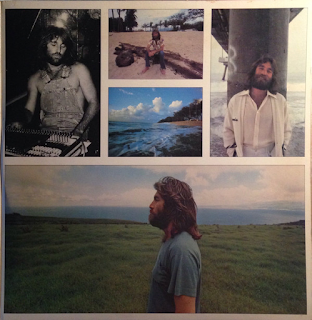 The increasingly attractive River Song starts with a piano coda straight from Elton John's Your Song before it settles down, through the backing vocals, into a sort of Elton John meets The Band number. The final part of the song is a soulfully delivered passage bemoaning the state of the city, presumably Los Angeles, as this is a very SoCal album - Dennis is showing his environmental concerns, much as other Beach Boys did on 1973's Holland. Although it is an innovative song, it is somewhat buried under a mountain of backing vocals that tend to drown out Wilson's own vocal. The album suffers from a wishy-washy, muddy indistinct sound similar to that of Leonard Cohen's Death Of A Ladies Man and this is certainly continued on the otherwise jaunty What's Wrong. This is a lively, fun song, however, and is definitely the album's most "Beach Boys" offering.

Moonshine is a slow, reflective number that is again blighted by that inferior sound. These songs in many ways seem to have sprung from The Beach Boys late sixties and early seventies material, but featuring a bit more mystique and experimentation. The album actually took seven years to record and compile, would you believe, so those influences are not surprising.

Some decidedly different material is up next - Friday Night is a deceptively powerful and slow, chugging rock/blues number with some nice bass, impressive guitar and a gruff, grainy vocal from Wilson.
Dreamer is also a great track - packed full of seventies blues rock feel, solid bass, punchy brass and muscular drums. The sound is good on this one. I guess the fact that the songs were all recorded at different times leads to the variance in sound quality between some of them.
The album takes a sombre, mournful turn now, though, with the bleak tones of Thoughts Of You, which features a Lennon-esque dour vocal over some stark piano and depressing-sounding strings. Furthermore, Wilson sounds out of it and thoroughly miserable throughout the song. The atmosphere is not improved on Time, a song which sounds like brother Brian's most heart-rending, self-pitying material taken to the nth degree. It is lyrically and vocally maudlin, but is redeemed by a haunting trumpet solo which suddenly leads the song into a brass-driven, chunky denouément.

You And I is a gently rhythmic, languidly appealing number with a definite early seventies Beach Boys vibe to it. It is actually a most infectious, disarming song. As was also the case with with many late sixties/early seventies Beach Boys material, however, there is a vague unfinished feeling to it.
Pacific Ocean Blues is a delicious slice of funky country-ish slow burning rock, with strong echoes of Little Feat in there. It is one of the album's stronger, more cohesive tracks.
Farewell My Friend is a strangely intoxicating but doleful ballad that features some odd bleepy sound effects that add to its appeal.

Rainbows has a sort of stompy, folky feel about it that again has more appeal after a few listens.
End Of The Show ends the original album on a plaintive, vaguely Beatles-esque note. It is another grower. Overall, this was a decidedly downbeat album and one that was difficult to absorb immediately. As I said, though, it does grow on you, with every listen, and it has developed a considerable cult status over the years, often making it on to those lists of great albums. I certainly wouldn't go that far - it is confused, possibly indulgent and directionless but it is in possession of a sad, haunting ambience that gives it a bit of a special quality. I have to admit it has an understated, emotive beauty.

** Incidentally, the bonus track Only With You is sadly beautiful as is the chilled-out instrumental Holy Man. 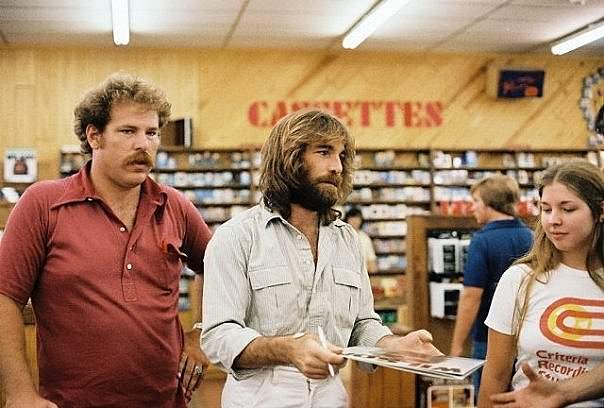