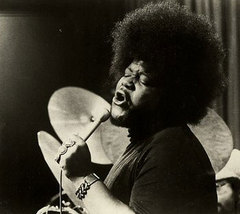 Buddy Miles was a legendary funk/rock drummer best known for his Band Of Gypsys collaboration with Jimi Hendrix and further work with Carlos Santana, among many others. He sang as well as played drums and was recognisable by his huge seventies Afro, at times.


The Best Of Buddy Miles 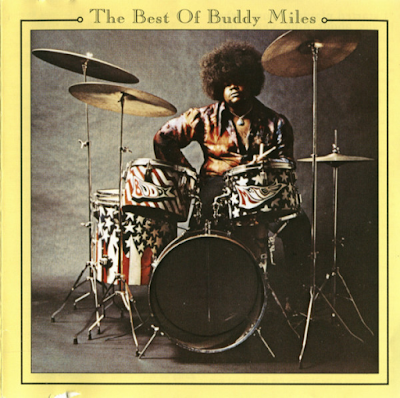 This excellent compilation gets better as it progresses, starting with some rough and ready late sixties numbers before moving into the full on funk of the seventies.

Train is a punchy, brassy piece of funk/rock, full of killer horns, funky guitar and thumping drums. Check out that big rumbling bass. It has psychedelic echoes no doubt carried over from Miles’ work with Jimi Hendrix.
Miss Lady is another pounder, with that brass to the fore once more and a bluesy beat. It has a late sixties groove to it, particularly on the swirling rock guitar.
69 Freedom Special dates, as you would expect from 1969 and features some superb drums from Miles and similarly impressive guitar from I am not sure who. Listen to that wonderful bass bit near the end too. These first three tracks suffer ever so slightly from a worse sound than the rest of the album, but it is not too much of a problem.

The guitar is just as impressive on the marvellous slow burning, bassy blues of Texas. This is where the quality really starts to kick in, big time and you really sit up and take notice.
Them Changes is a lively, infectious number that surely influenced Peter Gabriel’s Sledgehammer. Just as good is the vibrant brass soul/rock of Dreams. Listen to that drum/organ interplay around 2:30, it is almost as if they have let a prog-rock keyboardist into the studio. The guitar is outstanding too. Solid stuff. There is something easy seventies Traffic-esque about this.
Memphis Train is a copper-bottomed piece of soulful blues the rocks from beginning to end. Runaway Child (Little Miss Nothin’) has Miles going all Otis Redding on an upbeat, punchy number.
We've Got to Live Together is eleven minutes of supremely funky magnificence. Can you dig it, y'all. Miles had also done this number in shorter form as part of the Band Of Gypsys project. 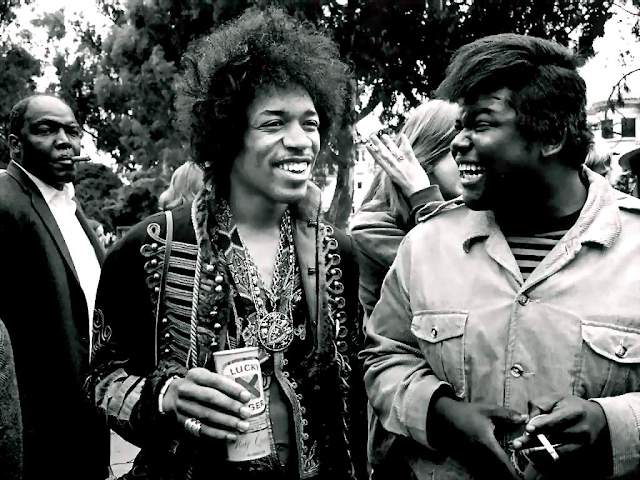 Joe Tex (presumably named after the singer) is a cookin’ funky instrumental.
Don’t Keep Me Wondering is a fine slice of brassy soul while Miles’ solid, funky take on
The Allman Brothers’ Midnight Rider is outstanding. This is funk rock of the highest quality. The catchy Wholesale Love adds a bit of poppiness to the funk, this should have been a hit if you ask me.
Miles’ cover of Neil Young’s Down By The River is also convincing, enhanced by some searing guitar breaks.

Overall, this is a great compilation and a much underrated one. If you like brass-dominated seventies fun with rock edges to it, you will enjoy this.