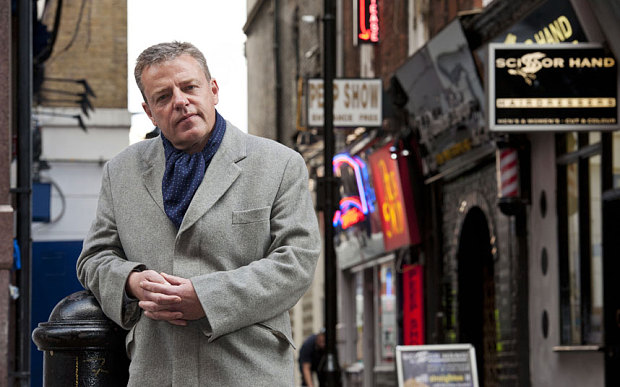 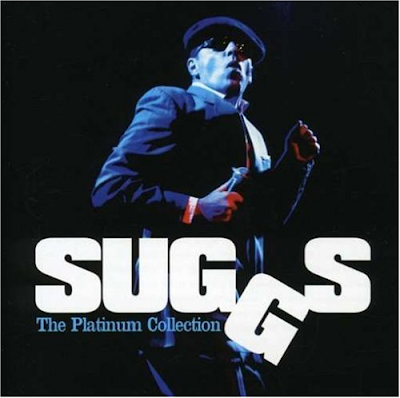 This is a collection of Madness singer/songwriter Suggs' (Graham McPherson's) solo work. While there are songs on here that are very "Madness", there are also considerable deviations into other styles. As always, Suggs' lyrics are acutely observational, evocative and often amusing. The album surprised me, however, with exactly how good it is. It really is excellent.

Simon & Garfunkel's Cecilia blends a UB40-style brass backing with some contemporary ragga rapped vocals from Sugg's backng singers. The Beatles' I'm Only Sleeping is covered appealing, with the bass player doing a good job reproducing that rubbery McCartney bass sound.
After these two covers, it is time for a typical piece of London atmosphere Suggs on the excellent Camden Town. It would fit nicely on Madness's The Liberty Of Norton Folgate album. It skanks along nicely, with some Rico-style trombone near the end. "In Camden Town, I'll meet you by the Underground." is a simple line but at the same time a spremely evocative one. It is a really good track, I have to say.

I Am has a big, punchy brass and bass backing and an upbeat vocal from Suggs. The bass is superbly pulsating and the whole feel of the song is lively and invigorating. It is, like much of the material, Madness-esque, of course.
Alcohol is another good one, with some solid, thumping ragga/dancehall-ish rhythm but rendered different by Sugg's wry, witty lyrics. He really is a very good songwriter. "I come from a long line whose only fear is closing time.." is a clever line. The song also samples the trombone riff from Tequila.
The Tune is a sort of Madness meets The Jam with that skanking brass backing again. Haunted has a rootsy bass line and samples Scotty's Draw Your Brakes at the beginning.
Off On Holiday is a delightfully nostalgic little number about going down to the South Coast packed into the car, as so many of us did in the sixties and seventies. It is a very typical Suggs song. 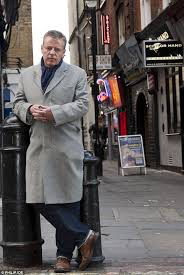 Green Eyes is a mysterious, European-sounding slow number with some Stranglers-style keyboards and lyrics about a girl roaming around the streets of Brighton. Fortune Fish has an infectious, rhythmic shuffling beat and a deep, understated vocal. It features some excellent organ too. Its lyrics use the "me and you and a dog named Boo" line from Lobo's seventies hit.
So Tired is a big bassy number with some scratching sound affects and a deeply addictive beat. Lyrics about night buses, black taxis and dirty old river add to the atmosphere. I love this song. God bless you Suggs, old chap.

Straight Banana is a lively bit of slow pace ska-influenced fun with a nice skanking riff to it. Invisible Man is a very early eighties Madness-type song. It could easily be off any of the albums from that era.
Girl features a Get Happy!! era Elvis Costello & The Attractions organ riff and General Levy joining in on ragga toasting. That sumptuous trombone is back too.
Our Man starts with some vinyl scratchy sounds and then a 1920s jazzy beat kicks in to back another very Madness song. On Drifting Sand has a catchy pounding mid pace beat to it.
The Three Pyramids Club is a shuffling, Eastern-sounding groove. It is another example of the musical diversification present on this collection. No More Alcohol revisits the previous track, Alcohol.

This is a most enjoyable collection of songs.

Check out Sugg's legendary work with Madness too :-
Email ThisBlogThis!Share to TwitterShare to FacebookShare to Pinterest