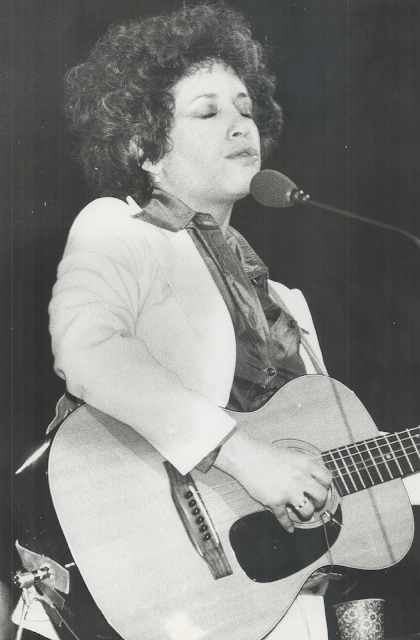 Included so far are reviews of:- 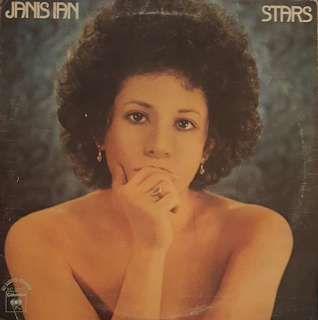 This was the predecessor to Janis Ian’s breakthrough seventh album Between The Lines and, while a fine album, was not quite the complete perfection of that album. It is a little instrumentally starker and plainer in places, more fitting in to the plaintive singer-songwriter pigeonhole, certainly the opening song is, although a lot of the rest of the album features a fair few livelier, upbeat styles. Lyrically, it is full of Ian’s trademark intelligent but self-conscious analysis, delivered very much from her female perspective.

Stars is a gentle acoustic number full of thoughtful lyrics that lasts a full seven minutes plus. Ian fully accepted she had been hugely influenced by Don McLean’s Vincent in the song’s construction. It is very much the album's stand out track. The rest of the songs are comparatively much shorter. They are also fuller in their instrumentation as I mentioned earlier.

The Man You Are In Me sees the full band backing come in, with a rhythmic drum sound and a totally delicious, rubbery bass line. It is one of the album’s rockier numbers with a solid, punchy instrumentation. I really like this one. Sweet Sympathy is actually just as lively, with a feel of Elton John’s more upbeat early seventies material to it in its brassy punch. Once again, it has an infectious, appealing melody. The chorus could have come off Tumbleweed Connection or Honky Cat. 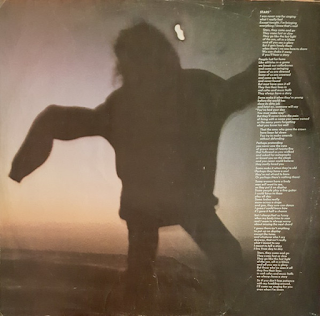 Page Nine also has a strong country rock vibe which was very typical of the early/mid seventies. It is a song that slowly grows on you. The piano part is very Carole King.

Thankyous is a melodic and sensitive number with another powerful backing. Dance With Me is  another Elton John-influenced song that concerns the singer’s brother’s body coming back from Vietnam. Whether this was Ian’s true experience I am not sure, or whether she was writing in character. Either way, it is an unsurprisingly sad song.

Without You is a short, plaintive but melodic and appealing number. The same description could be given to Jesse. The song was a hit for Roberta Flack in 1973. You’ve Got Me On A String is a bit cacophonous in places and doesn’t quite do it for me, while Applause sees Ian going all Broadway and Vaudeville in a sort of Leo Sayer style, something she occasionally liked a bit of. It is a fun, lively track to end on.

Overall, however, I find the album is far less cohesive than Between The Lines and some of the tracks don’t quite get there, for me, as if they were half-formed demos. Never mind, it all would come together the following year.

1. When The Party's Over 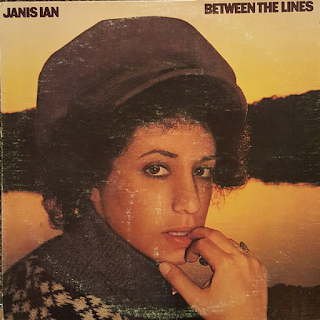 This really is a truly delightful album, despite its often heartbreaking, lovelorn, self-analytical subject matter. Janis Ian was one of the many female singer-songwriters that appeared in the mid-seventies and her brutally honest, earnest lyrics earned her a big following in the student rooms and bedsits of the time. It is a very female album but I love it, so I must be in touch with my feminine side. There you go, I can play The Sex Pistols and I can play this.

The album is often thought to be Ian’s debut album, (for a long time by me) in fact it was her seventh.

When The Party’s Over is a most fetching, acoustic and sumptuous bass-backed song that breaks out into a gently rhythmic, airy chorus with hints of Bread and America. Janis’s voice is pleasing in a sixties/seventies folky sort of way.

At Seventeen is a classic, of course, beloved of reflective, sensitive, misty-eyed confused teenage girls. It is lyrically superb and full of plaintive, lonely atmosphere. Its understated, gentle backing suits the song perfectly. Once again, the subtle, melodic bass line is gorgeous, as is the soft, samba-esque trumpet solo. A young Mary Chapin Carpenter no doubt loved this song.

From Me To You has a bluesy folkiness to it, with echoes of Sandy Denny of Fairport Convention or Jacqui McShee of Pentangle. Janis starts to rock a bit in places, her voices getting slightly more abrasive, (comparatively). It is another beautifully haunting number. Nice drums on it too. Bright Lights And Promises is a late-night piece of jazzy blues, beautifully sung and perfectly played. Janis could sing the blues as well as angsty acoustic ballads. In The Winter has Ian revisiting her At Seventeen loneliness again, even more so this time, the protagonist has grown up and is living alone, even more miserable. Proper bedsit music. 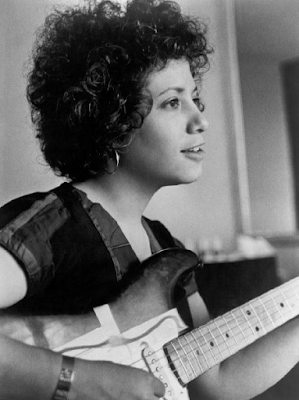 The stark, quiet and thoughtful Watercolors is very much a song that you imagine will have influenced Mary Chapin Carpenter. You can hear it in both the lyrics and the song’s construction. Even the vocals sound very similar to each other. Between The Lines ploughs a similar furrow, with a nice bassy backing to the main parts of the song. The chorus gets a bit Cabaret in its stompiness. It also gets all Jewish Klezmer at the end as the pace frantically increases.

The Come On is a brave song with a Janis desperate for physical fun virtually offering herself to a man, no strings. A ground-breaking song for the mid-seventies. Janis comes on all Millie Jackson at a few points in the song, although her vulnerability is still plain to hear. “All my friends have their lovers, they’ve got their men on a string, there must be something terribly wrong with me…” sings Janis, feeling very sorry for herself.

Light A Light is a fetching, beautiful song with an infectious but quiet rhythm. Tea And Sympathy is a very mature song for one still so young. It is a moving, very sad song lamenting a lost love. Lover’s Lullabye is an emotive, bleak piano, bass and vocal number to leave the listener in no happier a state than at the beginning of the album. It breaks out into a big chorus half way through, surprisingly, before settling back into the quiet reflectiveness that dominates the album.

It is a very pleasing, beautifully sung and played album that has to go down as a classic of its type. Highly recommended. After 1974's slightly patchy, not quite there Stars and 1975's superb Between The Lines, Janis Ian followed up with an album that was somewhere in the middle between the two. As with all the albums, it is immaculately played, with an infectious bass and an often rhythmic, understated backing. Ian's lyrics are brutally honest, self-searching, sometimes a bit saucy and acutely observational, particularly with regard to the minutiae of relationships. Imagine a relationship with Janis - yes there would have been some fun, but boy, all that analysis!

Aftertones is a gentle, acoustic number, with Janis singing in a plaintive, breathy style rather similar to some of the folk singers of the time. As I mentioned earlier, the bass line is sumptuous, as are the strings. After a bit of a reflective beginning to the album, it soon kicks into a lively ambience with the fun, jazzy strains of I Would Like To Dance. It features some intoxicating rhythms and a fetching flute solo. It is one of Janis’s most lively numbers. She is not all about angst, she can pound the stage boards when she feels like it, becoming a real song and dance girl.

Love Is Blind is a slow, mournful but dignified ballad with a big backing. Roses is a delightful, subtle number sung winsomely over a truly seductive bass. Belle Of The Blues has Janis showing that she could sing the blues too, over a delicious slow piano-driven blues backing. It is one of the best tracks on the album, similar to Bonnie Raitt’s material from the same period. Nice fuzzy guitar at the end too. 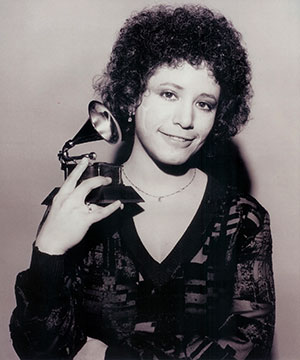 Goodbye To Morning once again has a vocal like Sandy Denny or Jacqui McShee in some ways in a quiet but also rousing, committed song. Boy, I Really Tied One On is an honest but cynical and slightly amusing song about an unfortunate one-night stand encounter. Janis did this sort of song really well. It finishes with a snatch of funky guitar.

This Must Be Wrong is another smoky, bluesy  number with some excellent piano and a strong vocal. It is a far puncher song than many would expect from Janis Ian. “You were the high priest, I was the sacrifice…” she sings, forcefully. Don’t Cry, Old Man is a strange, sombre song sung by Ian using that shhh-sounding s-sound that is also used by Mary Chapin Carpenter - “thirshhty”, for example. It is an orchestrated, simultaneously understated yet dramatic song.

Hymn is a gospelly, evocative ending to the album that finishes as quietly as it has begun. In between, though, it was quite fun and also bluesy, reflecting the many sides to Janis Ian’s character as shown in her songs. Janis Ian albums were rather like Bread albums from the same period, not all quiet ballads, but a fair mix of different paced material. There is always something good to be found in any Janis Ian album. They are quite underrated little gems.