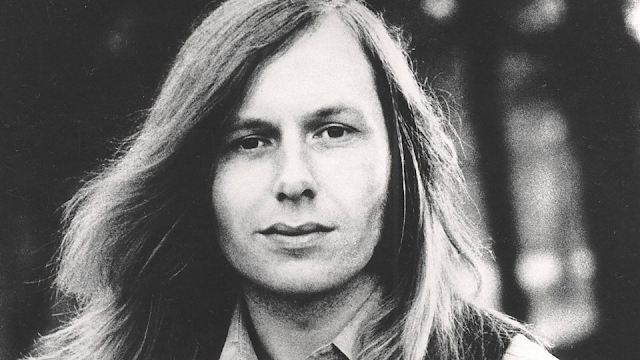 July 1973 - David Bowie, Mott the Hoople, Wings, Slade, T.Rex, Gary Glitter, Suzi Quatro, Wizzard and……Clifford T. Ward. Who would have though that a gentle, melodic song in Gaye, sung by a shy, publicity-shunning ex-schoolteacher from Worcestershire would be sitting alongside those titans of glam rock in the charts? Well, that was the case and my memories are of his song being as ubiquitous on the Radio One playlist as those of the platform-booted stompers. It brings back huge memories of that hot summer, fishing in the Grand Union Canal, aged fourteen, and Gaye coming on my tinny transistor.

Clifford T. Ward unfortunately left this world back in 2001. His music lives on. 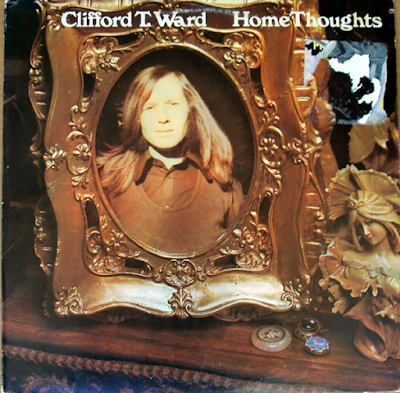 This was Ward’s second album, and it is a fetching, pleasurable mix of influences from Bread, Al Stewart, Paul Simon, CSNY, Paul McCartney amongst others and not a little originality in Ward’s clever compositions too. The music is subtly orchestrated too, with strings, woodwind and occasional horns enhancing many of the tracks.

Gaye is lovely, as I have already said, with a haunting, ethereal melody and an innocent, almost naive-sounding delivery from Ward.
Wherewithal is a song that has stuck in my mind since 1973. It is a truly beautiful song and possibly the only single to use the French word nonpareil (without compare) in its lyrics. For both these songs, I just close my eyes and I’m young again. Just beautiful. There is a lovely instrumentation on the album throughout, a nice subtle bass and quality strings. 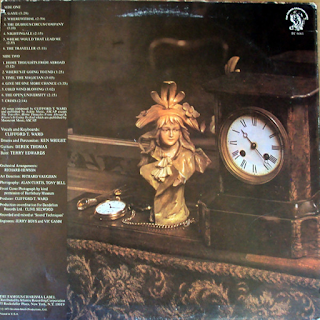 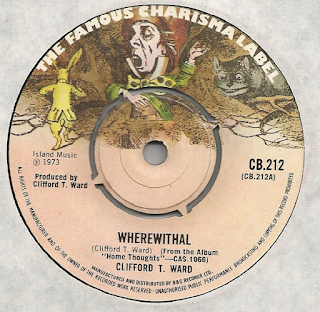 Now, The Dubious Circus Company is familiar to anyone who was a member of the Friars rock club in Aylesbury, Buckinghamshire in the mid-late seventies, as it was played often over the p.a., usually at the end of a gig, at least until the punk era rendered it somewhat incongruous. It is a lively, music hall-style fun number that is nothing like anything else on the album. Again, it takes me right back - singalong now - “would you like to see, would you like to see....”.

Nightingale is a gentle acoustic, bucolic song like Paul McCartney’s Blackbird. Where Would That Leave Me? is a very Al Stewart type song with a relaxing backing and another tender vocal. There really are some fine sings on this album. The Traveller is a bit of a mini-epic folky ballad taking in all sorts of religious issues. It is full of clever, thoughtful lyrics and is quite moving at times. The children’s choir bit may be a bit cheesy but it strangely adds to the song’s pathos.

Home Thoughts From Abroad is a Paul Simon-ish song with Ward referencing the poet Robert Browning. Once again, it is a deeply evocative song. Similarly entrancing are the beguiling Where’s It Going To End and the gorgeous, sensitive, melodious Time The Magician.
Give Me One More Chance has a delicious bass line and a couple of really appealing saxophone soloes.

Cold Wind Blowing is a vaguely Beatles-esque slow number that reminds me of Paul McCartney in both its vocal and structure.
Open University is an amusing ballad about a girl studying in her own time for an OU degree, much to Ward’s horror in the song. Crisis is a short but lively end to what was a delightful album. 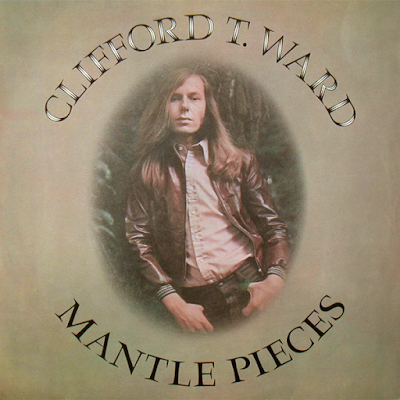 I have mentioned on my review of Clifford T. Ward’s second album some of my memories of him from 1973. Another one I have is of seeing this, his late 1973 third album, as I flicked through album sleeves in record shops. I have got to know it in subsequent years and, like Home Thoughts From Abroad, it is a most appealing, understated, but lyrically clever offering. Ward’s style is one of subtly orchestrated and gentle melodies backing his observational lyrics. He was a man that cared about things, and this shines through the whole album. It is sensitive and studious. Ward was an ex-schoolteacher with unfeasibly long blond hair who shied away from publicity, but he produced a couple of really attractive albums of vaguely folky singer/songwriter stuff. It is such a pity he is no longer with us.

Although this album was released in December 1973 it very much has a vibe of 1970-1972, for me - that slightly hippy, airy, folky earnestness that didn’t really fit in late 1973/early 1974. It was already something of an incongruity. Listening to it now, however, its cultural relevance in 1973 is thankfully no longer a relevance.

Scullery may be frowned upon these days as Ward eulogises the beauty of his lady as she cooks and washes in her rubber gloves. So what. It is a genuinely beautiful song. It was a minor hit for Ward and deservedly so.
Not Waving - Drowning! has a rock-ish intro before it settles into a typical CTW laid-back, tender melody. It has a winning, catchy chorus with some lovely string orchestration. It is a really good song. 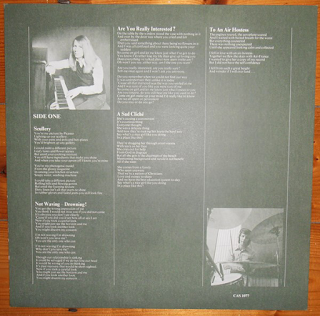 Are You Really Interested? is a quirkily rhythmic jangly guitar-driven number. These were really good songs, I am surprised that Ward never really made it. They still sound good today - a good song is a good song.
A Sad Cliché is a moving tale about a young female offender. It ends with a delightful piece of saxophone. To An Air Hostess is a mildly amusing song about that iconic seventies figure - the air hostess. Its melody is endearingly folky. “I wanted to give her a copy of my record...” sings Ward, unassumingly, then a big backing chorus comes in singing the same line, which is really enjoyable. There is something entrancingly disarming about these songs.

All Modern Conveniences is a very Al Stewart-influenced number about an ageing woman, it reminds me of my late mother. It is another clever, observational song. “She likes her television - Crossroads, Coronation Street and Robin Day’s bow-tie...”. Very seventies. My mother was in her late forties at the time, but was very much like the woman in the song. Ward describes a house as costing “ten thousand pounds” in the song. How times have changed.

Wayward is as rocking as Clifford ever gets, but it is still a tuneful, light number, enhanced by some rock guitar.  It is very Bread-influenced, and a bit Dylanesque in places too (New Morning era).
Screen Test is a politely cynical look at the “fame game”. The lines from Shakespeare's Merchant Of Venice ("the quality of mercy is not strained..") that is narrated at the end is very touching.
For Debbie And Her Friends is just lovely, written by Ward for his wheelchair-bound daughter. The opening bits of children talking is so nostalgic.
Tea Cosy is an attractive final track, with a nice subtle bass line and another light but meaningful vibe.

This was a really, really nice album. Clifford T - God bless you. Your gorgeous, thoughtful music lives on. 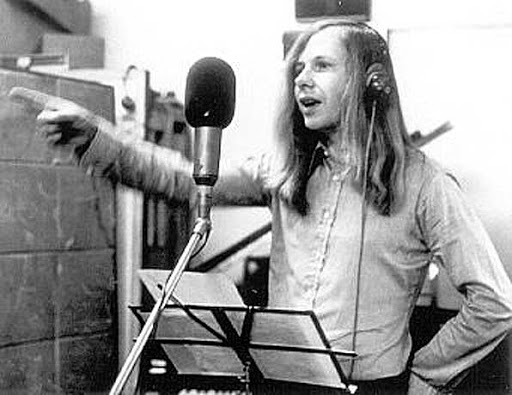