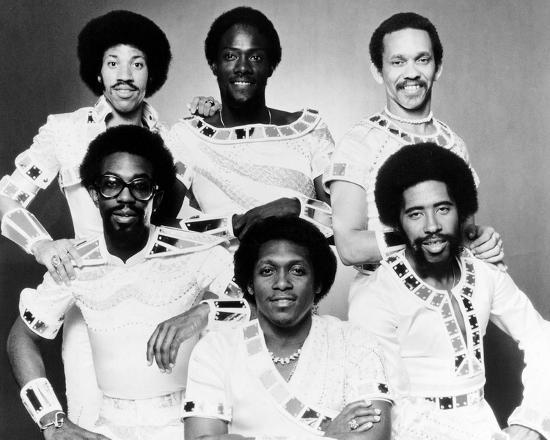 Funkers turned soul balladeers here and some albums from the lead singer too....
The Commodores - Machine Gun (1974) 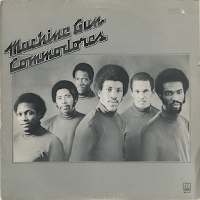 Before they crossed over into the slick, smooth soul ballad market around 1977, The Commodores were first and foremost a solid funk band. This was their debut album, and there isn't an Easy or Three Times A Lady to be found anywhere on it. It is proper funk all the way. For many (often soul-funk purists), this was the best of The Commodores. I know what they mean, I have to say, as there is an invigorating, vibrant, raw funk feel to this early material, but they couldn't half do a good soul ballad in those later years, though.
The opener, Machine Gun, was a big hit, which was slightly surprising as it was an instrumental. It is, however, a sublime piece of clavinet-driven funk. The percussion is infectious and there are some spacey keyboard interjections throughout. This was my first experience of The Commodores, so my early memories of them are of this sort of thing, as opposed to smoochy ballads. The dodgily-titled Young Girls Are My Weakness sees the vocals arrive on a Parliament-style funker. The vocals are shared between Walter Orange, Thomas McClary and Lionel Richie, who also played keyboards. Another track I knew from a long way back with The Commodores is the insistently funky I Feel Sanctified, which features pounding drums, uplifting vocals, rubber band bass and full, punchy horns.

That wonderful, deep clavinet returns for the thumping funk pop of The Bump, which hit on the latest dance craze which involved dancers bumping posteriors. It is a lively, appealing piece of fun. Rapid Fire is another thoroughly intoxicating, upbeat instrumental. The Assembly Line is a soulful, "message" song in the What's Going On style, but using a more muscular funky backing. There is a great drum solo bit near the end. The Zoo (The Human Zoo) is in the same vein but it features some buzzy, psychedelic guitar. The brassy funk tempo is turned up big time on the wonderful Gonna Blow Your Mind, which is driven along by some genuinely impressive funky drumming. Some Stevie Wonder style harmonica appears too. Excellent stuff. There's A Song In My Heart and Superman are both lively, uptempo funky pop numbers, the latter having some rhythmic disco passages. This was a really good debut album from a group who would carry on ploughing the funk furrow for two more albums before changing their approach. 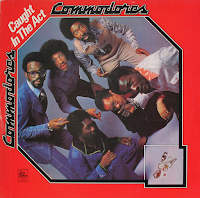 This was The Commodores' second album and it featured more robust, pulsating funk of the type that characterised their early career. For the first time, though, some smooth soul ballads also appear to give a sign as to the group's later direction. There was something engagingly ebullient about these early funk/soul albums, however, that makes them eminently listenable. While their first album was full-on funk, there is a diversity on this follow-up that makes it an even better offering and a much underrated one.
Wide Open totally cooks. It is a marvellous, hot slice of brassy, pounding funk with great vocals and a deeper than blue bass line. Slippery When Wet was an early well-known track for the group, that went on to appear on many of their "best of" compilations. It is a great funk rock track, and I am sure Wild Cherry's Play That Funky Music was based on it, to an extent. The horn-bass-percussion-guitar interplay is outstanding. A true early Commodores funky classic.

The bubbly The Bump, for some reason, was included on their debut album as well as this one. I was never quite sure why this happened. It did so quite a lot in the seventies, particularly on soul albums. I'm sure they weren't short of material. I guess maybe that albums were released so frequently that they could "plug" the latest single on two albums in the hope that it would sell more. I'm Ready is an upbeat, clavinet-powered instrumental of the sort they were now specialising in. The first of the ballads to appear was Lionel Richie's magnificent This Is Your Life - a superbly orchestrated slow but grandiose ballad. Maybe Richie was on to something here... The song's dramatic feel at times reminds me of their later classic Sweet Love, from the next album, particularly in its rise and fall near the end, Richie's impassioned vocals and his keyboard backing swirls.

Let's Do Right is a most appealing number from Richie's pen, once again. It is soulful, smooth, enticing, yet funky at the same time. The bass line is sublime. Never mind The Commodores in the later, more successful period, this is them at their best, for me. Better Never Than Forever is superb - an atmospheric slow burner of a soul song, with hints of Isaac Hayes and also The Temptations in it. Continuing the quality is the seductive, insistent, sensual soul-funk of Look What You've Done To Me. Once again, this is a really impressive song, bubbling over with tasty funk flavour. You Don't Know That I Know is another of the six-minute soul ballads that Lionel Richie was starting to make his own. Give me these over Hello any day. They are majestic pieces of velvety, yearning but effortless soul. Once more, Isaac Hayes's influence is there, Barry White too, but Richie had a knack for a catchy melody and hook that made his material different. The album ends with a brief reprise of Wide Open. As with the other early Commodores albums, you simply won't be disappointed with this.
The Commodores - Commodores (1977) 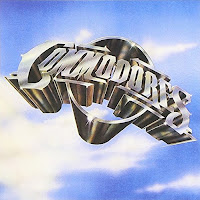 The unimaginatively-titled Commodores was another album that saw the group continue their gritty brand of funky pop, concentrating far more on the funk and less on the slick ballads.

Won't You Come Dance with Me is a brassy funky soul number to open with, with half funky bits and half soulful balladry. It has some really nice funky parts to it. Squeeze The Fruit is also a funky grinder of track. Funny Feelings is a sumptuous serving of typically mid-late seventies soul-funk, full of brassy interjections, deep vocals and that irresistible and lush funky beat.

Heaven Knows is a sweet Lionel Richie ballad of the type he did so well. It still breaks out into funkiness in places, though, in line with the album's general feel. Zoom (not the Fat Larry's Band song) is more of an archetypal slow Richie ballad, one of those that they dragged out for over six minutes. Yes, they are ok, but I do feel that they could’ve shaved a minute or two off them. It would have made the tracks more concise, in the lengthy format they are somewhat sprawling. Actually, that’s a bit unfair, as it is still a sublime song. It has a lovely, deep and resonant sound to it as well. The funk is back on the muscular groove of Brick House, a proper piece of funk about a woman who is built like, well, a brick house, or a brick shithouse as they say in the UK. “That lady’s stacked - that’s a fact....”. Even funkier is the glorious slow thump of Funky Situation, enhanced by a killer guitar solo. Can it get funkier? Actually, yes. Check out the pounding Patch It Up. It is one of those so funky it hurts tracks.

In a different style now, Easy ends the album and is now an iconic number, getting continued play on radio and used in TV trailers and advertisements. It is a truly great song and takes me instantly back to the summer of 1977. Yes, I still sing along with Lionel Richie's "oooh" bit just before playing my air guitar solo. I love everything about the song - it’s perfection, one of my favourite songs of all time. 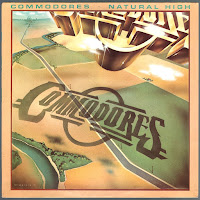 Hot on the heels of the previous year’s funky offering, The Commodores gave us more with an album that became their first number one. 1977-78 was the height of their popularity. Easy and Three Times A Lady were as much a memory for me of those years as any punk record, would you believe.

Fire Girl is a pleasant piece of funky pop that continues the group’s desire to be just as funky as they are balladeers. The funk doesn’t let up on the cookin’ X-Rated Movie, either. Flying High is also funky, but in a breezier, poppier sort of way. Time for a ballad? You bet. Make it a good one then. Oh yes - one of the best romantic songs of all time and one that doesn’t really need an introduction. Three Times A Lady is just wonderful, although I have to say that I was brought up on the original “single version” so I find that the extended one here actually sounds a bit disjointed. Normally I prefer the longer versions, but here I will plump for the bite-sized one. Oh, and I just love how Richie enunciates “twiiiccce”.

After getting all loved-up, the brassy punch of Such A Woman brings us back to funky reality but we soon get all late night smoochy again on the delicious Richie ballad Say Yeah. I Like What You Do is a heavy duty funker in true Commodores style - they are often overlooked in discussions of funk, which was unfair as they undoubtedly had the funk. Visions is a Stevie Wonder meets Bill Withers soulful, slow number to finish with. Of these two excellent funky albums, I think I prefer the slightly deeper groove and bassier sound of the first of them. 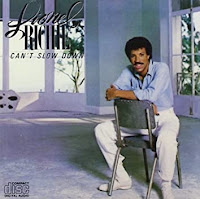 The highlights, of course, are its superb hit singles - the exuberant and melodic Paul Simon-ish party fun of All Night Long (All Night) (those brackets were so important); the sumptuous romantic strains of Penny Lover and Stuck On You; Hello, with its iconic blind student sculpture video; the rocking Running With The Night and the slick, immaculately-produced Michael Jackson-esque funk-pop of the title track, Can’t Slow Down. Love Will Find A Way is a sumptuous, typical piece of late night early eighties soul. Dim those lights now.... The Only One continues in the same vein - beautifully melodic and laid-back, sublimely romantic. These are very much songs for twenty-somethings and I was lucky to be that age when this album came out. It was easy to dismiss this album in po-faced style as one that lacks proper credibility. I say bollocks to that - I can’t listen to All Night Long and fail to enjoy it. Classy stuff, a masterpiece of its kind.