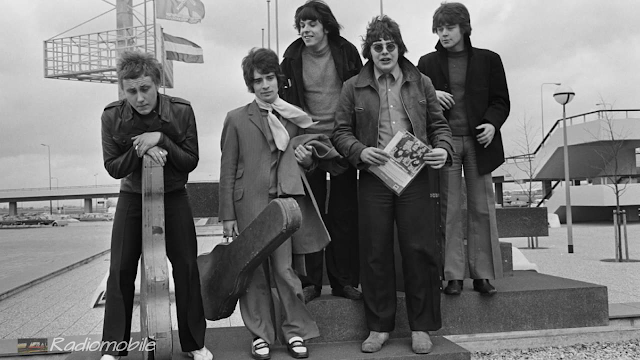 The Love Affair were a considerably underrated rock/soul group from the late sixties that caught on to the Small Faces/Amen Corner/Spencer Davis/Traffic psychedelic rock in places but with far more of a catchy, soulful pop sensibility to their sound with a robust brass section and young singer Steve Ellis's magnificent vocals.

The Best Of Love Affair 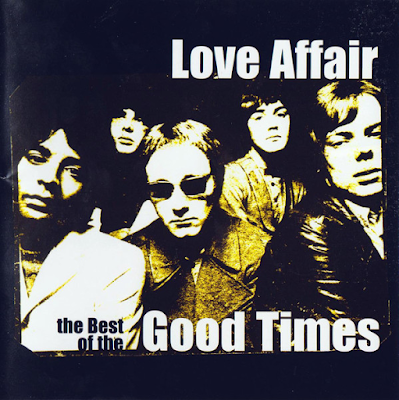 The songs
Bringing On Back The Good Times is a horn-drenched piece of poppy soul with one of those killer late sixties choruses.
Hush is a track that showed the group's liking for latter-era Small Faces-style psychedelia. It is full of swirling, crazy sixties organ, man, rumbling bass, buzzy guitar and general freaked-out vibe.

Then, of course, there is Everlasting Love. This song is up there in my top ten songs of all time. I was ten when it came out and I loved it and I still do. If any song sums up the sixties for me, it is this. From the introductory huge drum beat, to the throbbing bass, the massive punch of the horns and then Steve Ellis's remarkable, soulful voice. For a lad of eighteen it was a phenomenal achievement. When I hear this, I am always nine years old, playing football in the playground. It is simply wonderful.

Just check out the video of this. Everything about it screams "1968", even down to the graphics on the front of the drum. I absolutely love it. What is the girl in the bowler hat up to? Far out, man. I love the typically sixties "go-go" dancer as well. Great stuff.


A Day Without Love is in the same vein as Everlasting Love, with more sumptuous horns, another great Ellis vocal and a Northern Soul thump to the beat. This is quality sixties pop. If there was one song tailor-made for Ellis's rasping voice, it is Mike D'Abo's Handbags And Gladrags. Ellis's harpsichord-backed Stonesy take on it is easily up there with Rod Stewart, Chris Farlowe and Kelly Jones of The Stereophonics' versions.
Rainbow Valley also has some of the same horn backing and vibe of Everlasting Love. Its chorus is uplifting in that rising, dramatic way. It also has a typically hippy feel to it in its lyrics. 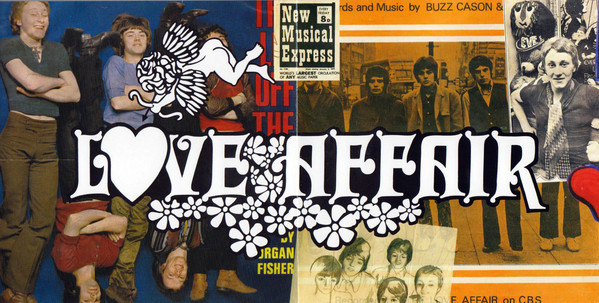 So Sorry has a big, bassy thump to it and some infectious congas on the backing. This has the group going a bit Blood, Sweat & Tears in the powerful, bluesy soul sound. It has a great psychedelic-ish/freakbeat guitar solo.
Ellis's interpretation of Cat Stevens' The First Cut Is The Deepest is one of the best ever of the song. It is freaking superb. He really is one of the great underrated British soul/rock vocalists of the period.
The group show that they could do upbeat bluesy rock too in the impressive Let Me Know, which is very Spencer Davis in its sound. It is full of superb guitar and it goes without saying that the vocals are peerless, Ellis sounding like Robert Plant in places. The same applies to the the gritty, slow white soul of Gone Are The Songs of Yesterday. Ellis sounds very like Chris Farlowe on this one.

Baby I Know has a lot of the sound of Handbags And Gladrags to it, in both its backing and vocal. The chorus is big and catchy. There is something of Tom Jones in here too. 60 Minutes (Of Your Love) is a massive, pounding piece of Small Faces-influenced psych-ish rock. It is really good, considerably removed from the pop of Everlasting Love too.

Someone Like Me is a slow, piano and bass-backed soul ballad. It has something of Every Little Bit Hurts to it. One Road is again very Small Faces-esque and is a rhythmic, orchestrated, acoustic and melodious number. The group were moving now to that very late sixties/early seventies big soul sound.

I'm Happy is a short slice of freakbeat-inspired stuff. More Small Faces influences abound, together with The Jimi Hendrix Experience, particularly in the drum sound. It is very short but contains some excellent, hazy guitar.
Tobacco Road is one of those songs that many late sixties/early seventies groups covered. It starts very slowly before easing into some quality blues a minute or so in. Many other covers of it were much faster.

This is an excellent compilation from a group who were a lot better than they were ever given credit for. It is enjoyable late sixties soul/pop/rock/soul and well worthy of a listen. The sound quality is surprisingly good too, considering its date of recording - full, bassy and in nice stereo. 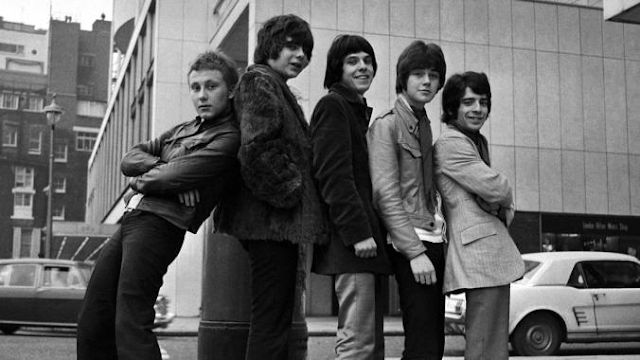