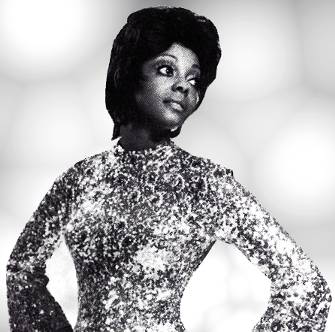 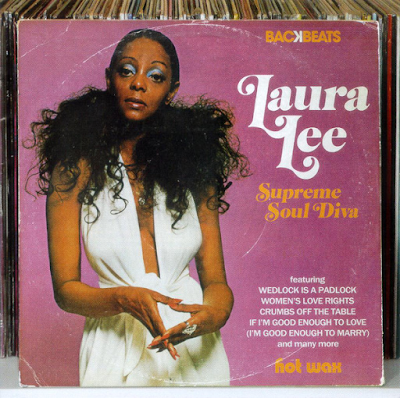 Woman's Love Rights/Wedlock Is A Padlock/Love And Liberty/It's Not What You Fall For, It's What You Stand For/Since I Fell For You (Parts 1 & 2)/Two Lonely Pillows/Her Picture Matches Mine/I Can't Make It Alone/Don't Leave Me Starving For Your Love/We've Come Too Far To Walk Away/I Need It Just As Bad As You/Crumbs Off The Table/Rip Off/If I'm Good Enough To Love (I'm Good Enough To Marry)/Guess Who I Saw Today/If You Can't Beat Me Rockin' (You Can Have My Chair)/You've Got To Save Me/I'll Catch You When You Fall/At Last (My Love Has Come Along)/Mirror Of Your Soul

This is another excellent compilation from soul's Backbeat Records. Laura Lee was from Chicago and signed for the legendary Chess label in the late sixties and then for Holland-Dozier-Holland's Hot Wax/Invictus label and subsequently released some of her best material in the early seventies. Her voice was strong and gospelly, as you would expect and the backing music to much of her material was muscular and funky in a Stax meets Blaxploitation sort of way. Although Northern, Lee's soul is very Southern in style. Lyrically, like Shirley Brown, Betty Wright and Millie Jackson, her songs are very much in the "my man gone done wrong again" mode.

Like her ex-lover, Al Green, Lee later became ordained as a minister.

Woman's Love Rights is a big, chunky "stand up and fight for your love rights" call-to-arms for Laura's sisters to say no more cooking and sewing until their love rights are acknowledged. Right on, sister. It is full of funky soul and Laura's vocal is superb.
Wedlock Is A Padlock continues in the same theme of female empowerment in the face of feckless men. Laura sounds a lot like Martha Reeves on this vibrant piece of sublime seventies soul. "Wedlock is a padlock when you're married to a no-good man..." she sings. You tell it like it is.
Love And Liberty is a similarly rousing protest number calling for female emancipation. The vocal performance is sensational, and the rhythm is punchily appealing, as are the horn breaks. The backing vocals soar. This is a wonderful track. These three are the most lively, "in your face" pieces of militant female soul on the album. They get it off to a barnstorming start.

It's Not What You Fall For, It's What You Stand For is a supremely hot, slow-paced funky number with a bit of a hint of label-mates Chairmen Of The Board in its refrain. The gospelly vocal/percussion interplay in the seven minute song's last two minutes is seriously good.
Another lengthy track is Since I Fell For You (Parts 1 & 2) which emerges from its spoken intro to a piece of late night sweet soul.
Heartbreak is expressed on the yearning Two Lonely Pillows. More suspicion, sadness and mistrust is found in Her Picture Matches Mine, which is another stately, immaculately delivered passionate and soulful song. After the two long numbers earlier, the ambience of the collection has turned to one of dignified, mid-pace Stax-ish soul. I Can't Make It Alone fits the same bill. 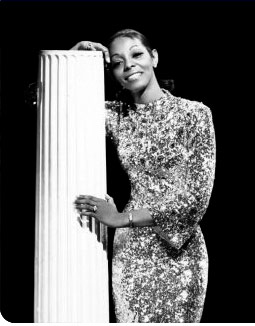 A bit of a Philadelphia-style string orchestration backs the sumptuous slow rhythm of Don't Leave Me Starving For Your Love. A slowed-down Millie Jackson vibe dominates We've Come Too Far To Walk Away. As on all the tracks, the bass line is deep rumbling and resonant and the drums are constantly full-on fatback.
The pace ups a bit on the driving, pulsating beat of the brassily funky I Need It Just As Bad As You where says her needs will lead to her being unfaithful as well, if she has to due to the infidelity of her current lover. "I had to do what I had to do..." she confesses. Beneath all this there is a serious point being made about sexual equality.

Crumbs Off The Table reminds me a bit of Chairmen Of The Board's Finders Keepers in its funky, infectious clavinet and wah-wah backing. The music throughout this one is intoxicating.
Now, the beat really ups it again on the delicious groove of Rip Off. There are more Chairmen Of The Board echoes on here and Laura's vocal is excellent, as, of course, is the bass. This is a wonderful track. It is not quite fast enough to be a Northern Soul song, but it has that feel about it. It just lifts your soul. Another sumptuous bass line kicks off the infectious If I'm Good Enough To Love (I'm Good Enough To Marry). Listening to this just makes you wonder why Laura Lee didn't make it really big as her voice is sensational - effortlessly soulful and powerful.

An obvious Millie Jackson/Shirley Brown is to be heard on the spoken narrative of Guess Who I Saw Today. It follows the familiar theme of the song's protagonist seeing her husband with another woman.
Time for some funk after that, I think. We get it on the cookin' If You Can't Beat Me Rockin' (You Can Have My Chair), which positively drips with down 'n' dirty soul. The wah-wah and bass near the end is the business. Some copper-bottomed gospel comes next in the vibrant strains of You've Got To Save Me. I'll Catch You When You Fall is another gospelly, but slower number with Laura saying she will take her lover back despite his infidelity - make up your mind!
At Last (My Love Has Come Along) is a soaring vehicle for Laura's vocal while Mirror Of Your Soul is a saxophone-driven number reminiscent (musically) of David Bowie's Young Americans album.

You can't go too far wrong with this collection and the sound quality is really good too. Nice, warm seventies bassy stereo. One thing I would say about this compilation is that from tracks 6-10 it gets bogged down a bit by continuous slow numbers, not that they aren't good, but some variety can be gained by playing the music on "shuffle".