Diana Ross & The Supremes & The Temptations 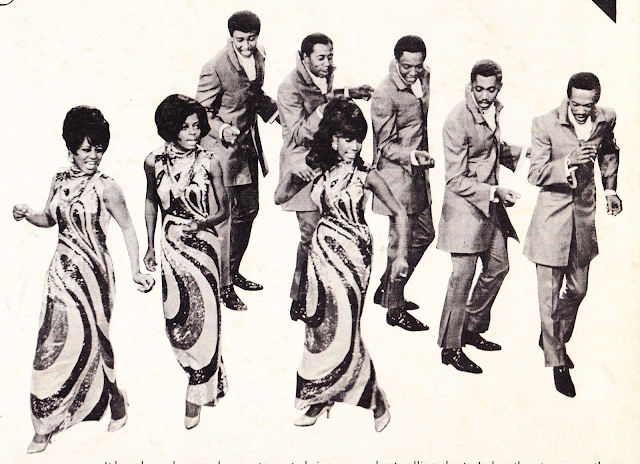 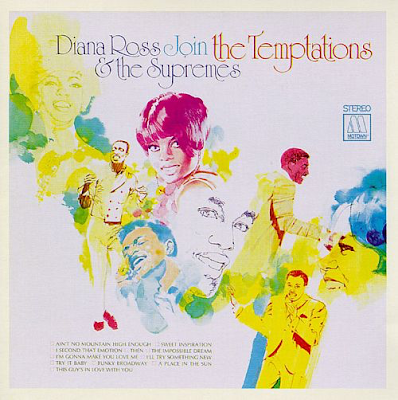 This was a fun, upbeat, joyful album collaboration between two of Motown's most successful singles groups - Diana Ross & The Supremes and The Temptations. The album was notable in that it marked the first appearance of Dennis Edwards on vocals for The Temptations, in place of David Ruffin.

Try It Baby is a jazzy, lively piece of enjoyable fluff. It sounds much better in the album's stereo than on the single version, which was in mono. The voices are spread out by the stereo and the effect, and indeed the whole sound, is far superior, in my opinion. Indeed, for 1968, it is truly superb stereo.
The massive hit single, Smokey Robinson's I Second That Emotion is wonderful, outdoing Robinson's original for verve and vitality. The vocals are simply superb on this. Diana Ross was never my favourite Motown female vocalist, (I always preferred Martha Reeves and Gladys Knight), but she is towering on this one.
Their version of Ain't No Mountain High Enough is excellent, too. Again, I prefer it to Diana Ross's melodramatic famous recording of the song.

The even bigger hit, the timeless I'm Gonna Make You Love Me keeps the quality coming. It is possibly the best of all the Motown collaborations.
This Guy's In Love With You was an example of Motown's tendency to go a bit "cabaret" on albums, with a cover of Burt Bacharach and Hal David's "easy listening" classic. They do it pleasantly enough though. The track fades in to the fuzz guitar of Funky Broadway and The Temptations cook up a funky recipe that is probably the most credible on the album. Even Diana Ross manages to strut her funky stuff.

Smokey Robinson's I'll Try Something New is both punchy and delicious. Stevie Wonder's A Place In The Sun has a big, bassy backing and Diana Ross's lead vocal handles the song beautifully.
Sweet Inspiration is a rhythmic, gospelly number. The quality on this album has been surprisingly good. One may have expected it to be just the two big hits and some schmaltzy cover versions, but it has not been the case.

Then is a forgotten corker of a song. Recorded in the mid-sixties by The Four Tops, the lads and lassies breathe new life into it. Apparently, it had been originally intended as a single. It would have been a good one. Diana Ross suits the diva-esque show song glamour of The Impossible Dream down to the ground. This sort of song was often put on to albums like this to lure "adult" record buyers as well as pop-loving teenagers. It is delivered perfectly, but it does seem a bit incongruous amongst all the Motown majesty of earlier. 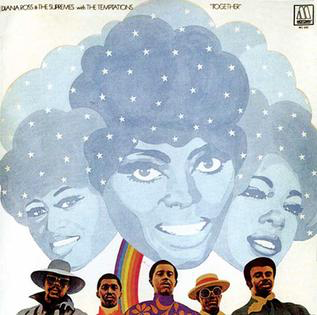 After their excellent debut album from the previous year, this marriage of two huge Motown groups had one more outing. Again, it was a pleasant, enjoyable mixture of mainly cover versions of other Motown songs and assorted classics. Any combination of this voices will be a success, it has to be said. The album has excellent stereo sound too, which always brings Motown material to life.

Diana Ross takes the lead on an impressive Stubborn Kind Of Fellow with Eddie Kendricks backing her up, while a great cover of Smokey Robinson's I'll Be Doggone sees Paul Williams aided by Ross. Two good ones to kick off with.
Covering The Band's iconic country rock of  The Weight was probably not a good idea, however. However great their voices are, it doesn't work, I'm afraid. Ain't Nothing Like The Real Thing is tailor-made, however, and works a treat. Stevie Wonder's Uptight is slowed-down somewhat to turn into soulful Temptations-style groove. Again, though, it works and is quite infectious. 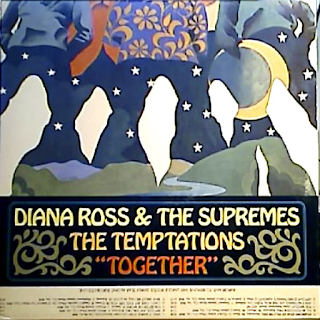 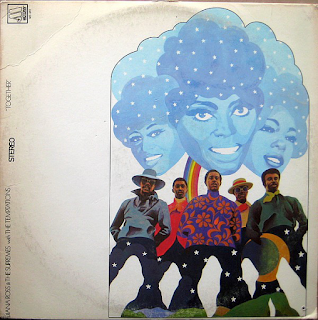 Sly & The Family Stone's funky Sing A Simple Song is given a "psychedelic soul" makeover to great effect, sounding all Ball Of Confusion before it had even been conceived.
The merging of My Guy/My Girl has a great sound to it, although the two songs don't quite mesh. The join sounds a bit clumsy. The backing on it is superb though.

For Better Or Worse is a bit schmaltzy, however. Frankie Valli/Andy Williams' Can't Take My Eyes Off You doesn't hold a candle to either previous recording, it has to be said.
Why Must We Fall In Love is a joyous singalong that would have made a great single, with Diana Ross on fine vocal form.

This is a pleasant, enjoyable half hour's listen, excellently-played and sung. Nothing spectacular, but worth digging out every now and again.