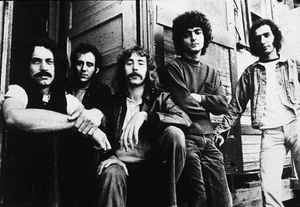 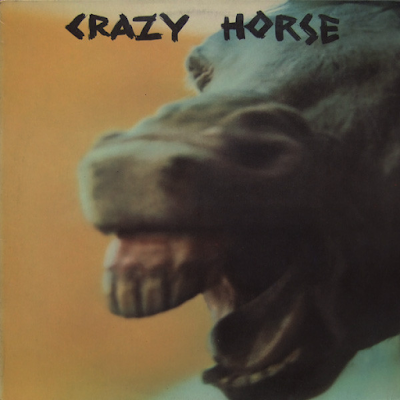 After backing Neil Young so impressively on 1969's Everybody Knows This Is Nowhere and 1970's After The Goldrush, it was not surprising that Crazy Horse decided there was a market for their own material. Free from the unique, reedy trilling voice of Young and from his often perplexing lyrics, they produced an album of straight ahead bluesy Americana rock. Guitarist Nils Lofgren, producer/keyboardist Jack Nitzsche and guest Ry Cooder add quality to the proceedings too. There is a Little Feat sort of feel to the album with rock, country, blues and folk styles explored.

Gone Dead Train is a powerful piece of chugging bluesy rock to open with, featuring some great guitar, both soloing and driving riffs. Danny Whitten's lead vocal is gruffly suited to this sort of rock. It is the biggest, riffiest rocker on the album.

Dance Dance Dance is the only Neil Young song they cover (although "Downtown" is a Young/Whitten co-write) and is a stomping country hoedown with drummer Ralph Molina on lead vocal duties. It is propelled along by an infectious Cajun fiddle. 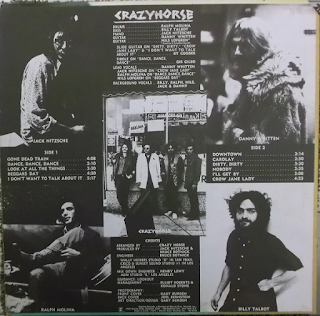 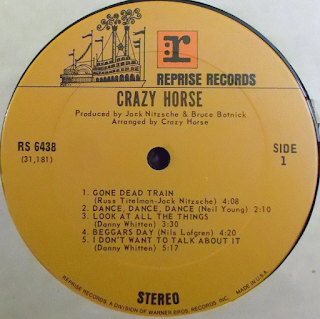 Look At All The Things has Whitten sounding very like Young, funnily enough. Musically it is Young-esque too in its powerful yet country rock sound. Its refrain reminds me of The Rolling Stones' Moonlight Mile, which was also from 1971. This whole album sounds very 1971.

Beggars Day is a heavy-ish rock number written and sung by Lofgren. It mixes a hard rock backing with some swirling, almost psychedelic sounds at times. It was later covered by Scottish rockers Nazareth on their 1975 Hair Of The Dog album. It is a robust piece of rock and one of my favourites from the album.

Rod Stewart fans, and indeed everyone, are surely familiar with Whitten's beautiful  ballad I Don't Want To Talk About It. It is simply a lovely song. Stewart really did it justice and made it his own. Danny Whitten tragically died a year after this album was released and never got to see his song become globally popular. 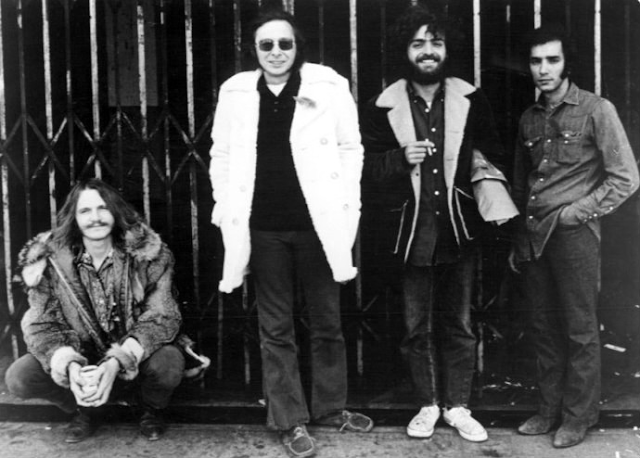 The catchy, upbeat folky pounder Downtown has a bluesy singalong refrain and as soon as you hear it you sort of feel you've heard it before. It reminds me a lot of The Band.

Carolay is also a very appealing song, full of uplifting harmonies and a very "Americana" ambience, like The Byrds, America, The Band, Little Feat and Bread all mixed into one. It sounds as if Whitten is singing "Carol Ann" at several points.

Dirty Dirty is very, very similar to a David Bowie rarity from the same year called Lightning Frightening. Bowie was going through a Neil Young phase at the time, so it is probably no coincidence that he found himself listening to this and was influenced by it. Musically, it is a thumping, regular-paced bluesy rocker, actually not very "Bowie" at all.

Nobody is a most attractive, melodic and upbeat rock number (with an intro that sounds like Cream's I Feel Free) as indeed is the very Byrds-esque and harmonious I'll Get By. There are Searchers and Beatles hints in there too.

The final cut is the lively New Orleans blues-ish Crow Jane Lady which features Nitzsche on lead vocals. This was a very proficient, appealing and listenable album which established Crazy Horse as a credible band in their own right. It is such a shame that Whitten died so soon after this.

Incidentally, the best sound remastering to be found of this album is on Scratchy - The Complete Reprise Recordings. 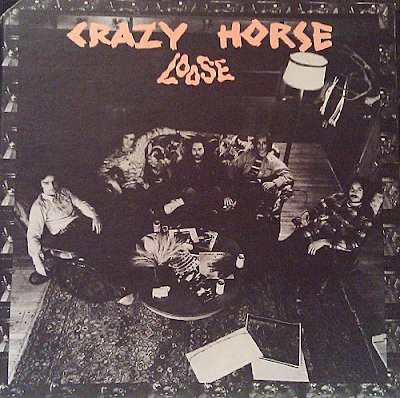 This was a strange album because the Crazy Horse of their strong, rocking eponymous debut album were not really this Crazy Horse. Guitarist/songwriter Danny Whitten had departed (soon to die of a drug overdose), as had keyboard player and producer Jack Nietzsche and guest guitarists Nils Lofgren and Ry Cooder. Only bassist Billy Talbot and drummer Ralph Molina remained. They were joined by singer/songwriter George Whitsell, keyboardist John Blanton and guitarist Greg Leroy. So, in many ways, the albums are the products of separate groups and you can tell. For sure, this is the inferior of its predecessor, and it is far more of an America-Flying Burrito Brothers-style country rock album. It is, to an extent, just another run-of-the-mill country rock album, of which there were many in 1972, but actually it is surprisingly good one, if listened to objectively and comparisons to the debut album are refrained from. There is also a bit of upbeat rocky material on there too. I quite like it, I have to say and feel that some of the criticism the album has received over the years has been a tad unfair. 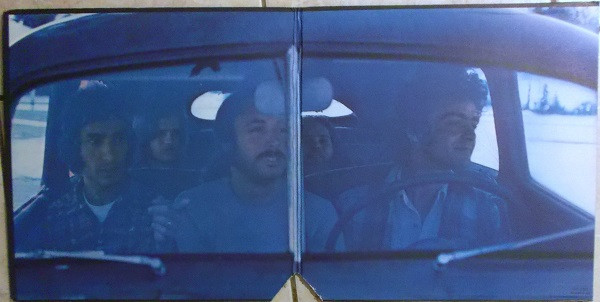 Hit And Run is a melodious, appealing mid-pace laid-back rock song. It features some good guitar throughout. Try also has a slow dignity about it, with some country-style steel guitar interjecting the harmonious vocals. Granted, the album's critics say that this is ordinary country rock, and there is a certain amount of truth in that but I find it pleasantly enjoyable, so that will do for me. In a very breezy, airy country vein is the tuneful strains of One Thing I Love. It is sort of America meets the early Eagles and the musicianship is excellent, as indeed it is throughout the album.

Move is the album's first comparatively heavier rock number with a nice big bassy thump to it. Again it sounds a bit like something from The Eagles' debut album.
All Alone Now is an attractive-sounding, light and unthreatening country rock number. It is not unlike some of the material The Beach Boys were putting out during the same period.
All The Little Things is vaguely Beatles-ish in its slow rock ballad sort of way. It morphs eventually into some absolutely killer guitar soloing that takes you by surprise, proof that this incarnation of Crazy Horse could rock out too.

Fair Weather Friend is very Crosby, Stills & Nash in its feel, particularly on the vocals. It also features some fetching electric violin.
You Won't Miss Me is an upbeat steel guitar and solid drums-driven country romp. Going Home is a powerfully-backed slow number that doesn't quite cut the mustard for me, I feel the vocals are too overbearing. More like it is the lively, bluesy rock of I Don't Believe It, with its searing guitar parts.

Kind Of Woman is a piano and vocal dominated slow number while One Sided Love up the chunkiness considerably on a muscular, heavy riff-driven song. The oddly-titled And She Won't Even Blow Smoke In My Direction is a very brief instrumental.

Look, this certainly is no match for its forerunner and this line-up of Crazy Horse is vastly different from the previous one, but taken as a stand alone album it is not as bad as many have said it is.
Of course, Neil Young's work needs investigating too, do it here :- 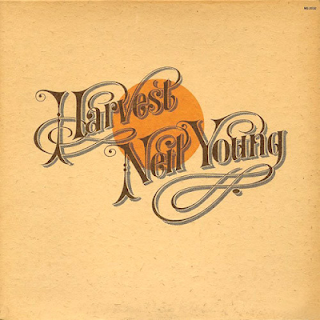