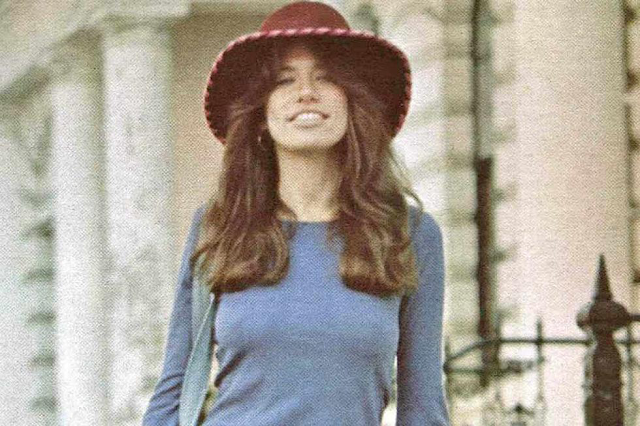 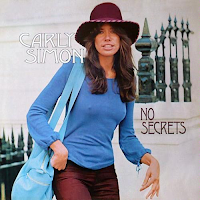 This was braless, floppy-hatted and toothily grinning beauty Carly Simon's most well-known album. The early seventies was a good time to be a female singer-songwriter - Carole King's Tapestry was everywhere, then there was Joni Mitchell and later on Janis Ian. There was also Carly Simon, who has been a bit forgotten about. This was her biggest selling album and is worth revisiting. Oh, and there was every teenage boy's dream of a cover that made this a popular album to look at in the record shop - Carly proudly and clearly braless and sporting nipples like chapel hat-pegs. Lordy.
The Right Thing To Do is one of Simon's best known songs, this was an easy-listening, laid-back AOR classic. Simon's voice is up there with that of Karen Carpenter in its beautiful tone. It was a huge hit, deservedly so, it is a truly lovely song. It has a similar instrumental backing to You're So Vain. The Carter Family is a wry, observational Carole King-Janis Ian-style song that highlights Simon's ability to write a clever, character-driven song. It is actually a meaningful song about not missing people until they are gone - from Simon's childhood neighbours (The Carter family), to her Grandma and finally an ex-boyfriend. It has a nice bit of late sixties Beatles-style bass on it too.

You're So Vain. The other "big one" was this - a sensual, confessional song from a songwriter honestly confessing that "you had me several years ago, when I was still quite naive...". This was quite strong stuff in 1972. Who was it about? Everybody said Mick Jagger. Then they said Warren Beatty. Simon actually said it was about three men, although the only one she has ever named was Beatty. Jagger, by the way, sings some backing vocals on the track. It is a superb song, both musically and lyrically.

"Your hat strategically dipped below one eye, your scarf it was apricot...". Simon has sometimes copped a bit of stick for the verbosity and possible clumsiness of lyrics like these, unfairly. Yes, it is a mouthful, but they are also pretty clever too.
His Friends Are More Than Fond Of Robin is a perplexing, plaintive song, sung in a quiet voice over a gentle piano. It is a nice song, but it sounds somewhat undercooked. In fact, both this and The Carter Family seem to have a markedly different production to the rest of the album. They sit a bit incongruously due to their more lo-fi, muffled sound. On We Have No Secrets the more full, solid rock sound of You're So Vain is back, however, on this one. It is an attractive, very typically early seventies number that features some excellent acoustic guitar and drum interplay. Embrace Me, You Child has an impressive vocal and some enticing orchestration. The bass on here is once again very good, played by John Lennon's mate, Klaus Voorman. The drums throughout the album are played by ex-Sly & The Family Stone drummer Andy Newmark.

Daddy, I'm no virgin..." sings Simon on this, another confessional, slightly country-ish and upbeat bluesy song. It was a song that showed Simon to be singing as a mature, confident woman. Why is that important?  Well, in 1972, it was actually pretty rare for solo female artists, amazing as though it sounds. There is a Janis Joplin style of chutzpah on this, despite its relatively laid-back ambience. It Was So Easy is a pleasing, almost folk-rock sounding number with Simon providing a most melodic and winning vocal. Night Owl is a grinding, bluesy rocker that shows that Carly could give us a gin-soaked vocal when she felt like it. It features a good saxophone solo too. When You Close Your Eyes. This short album finished with the peaceful, reflective Carole King vibe of this song. All very soothing and tranquil.

This was a most appealing album, I have to say, immaculately played and sung, with a bit of depth to the themes in the songs. It is worthy of the occasional check-out.

Want to read about Carole King's Tapestry too? Do so here :-