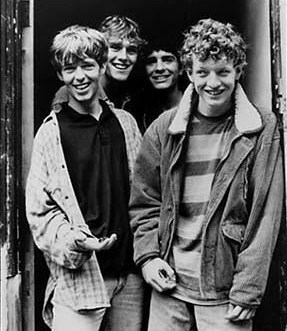 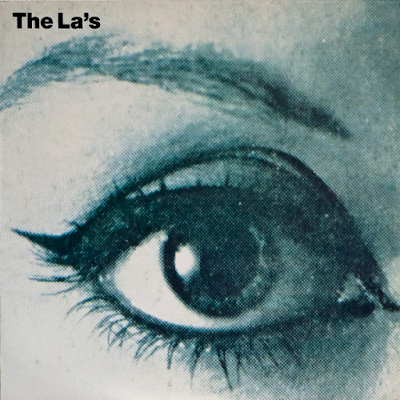 Liverpool band The La's were a bit of an oddity - a band who only ever produced one album. Songwriter/eventual band leader Lee Mavers (not the original band leader though, as most people think, that was one Mike Badger) left the group, disillusioned with the sound of the album. Mavers seemed to have been a bit of a Kevin Rowland-like perfectionist, constricted by the never-to-be-satisfied demands of his own frustrating vision. So, off he went, and that was that. They have reunited every now and again and, around 2006, there were rumours of a second album, but nothing was ever forthcoming.

Although The La's were part of the Brit Pop sub-genre, almost by default, because of their "indie" background, this is not like a lot of the other stuff from the same genre. It is very sixties beat boom pop influenced (The Rolling Stones, Beatles, Kinks, Them, The Hollies, Herman's Hermits) and perhaps more melodic than some. Would you believe it took the group four years to record the album, all thirty-five minutes of it! Good grief. For that amount of time you would expect it to be Sgt. Pepper, but it isn't. It is ok, but, to be honest, for me it is nothing special. It has developed an air of mystique over the years which has elevated its critical kudos. 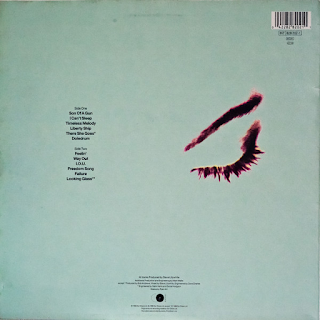 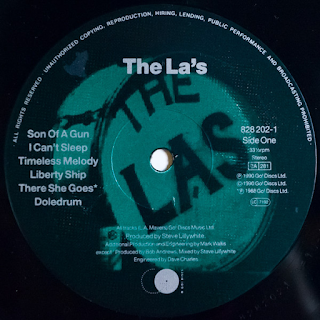 Son Of a Gun is a short and very sixties-sounding acoustic-driven catchy number with a few hints of Byrds-style Americana too.
I Can't Sleep has some Who-influenced riffs (think I Can't Explain). There is something a bit Stonesy about it too and a new wave vibes as well.
Timeless Melody is a sort of Beatles meets The Hollies in the mid sixties poppy number. The vocals are very Beatles 1963-64 influenced. The song is updated by some convincing contemporary rock guitar. Liberty Ship is a wistful, gently lively acoustic piece of pop.

Then we get the big one - There She Goes - nothing on the album remotely comes close to the sheer, delightful, uplifting pop glory of this great song. From its melodic, jangly guitar riff to its harmonious vocals it is a pleasure from beginning to end. Its beauty makes you forget the fact that it actually contains very few lyrics. They are repeated a lot, but it doesn't matter. It is simply a great pop song.

Doledrum sounds like something from the early Rolling Stones albums, with Mavers sounding like a young Jagger too. Feelin' has a very Beatles-esque guitar and a lively, upbeat melody.

Way Out is a bit of psychedelic pop-influenced track. Very 1967. I.O.U. reminds me of something Herman's Hermits may have done. At sub-two minutes it is over before you realise it.

Freedom Song is a slow, Kinks-style song, with suitably wry, serious-sounding lyrics. It is actually quite a beguiling, interesting track. Failure also revisits The Stones circa 1964-65 and maybe a bit of Them too. Bizarrely, the final track,
Looking Glass is seven minutes of psychedelic guitar dreaminess. It is actually pretty good, but it totally at odds with the short, sharp breeziness of the rest of the material.

Every time I listen to the album I want a flash of light to hit me and make me realise that it is indeed a work of genius. Unfortunately it never happens. For me it is always a victim of its own hype. I keep giving it a chance though... 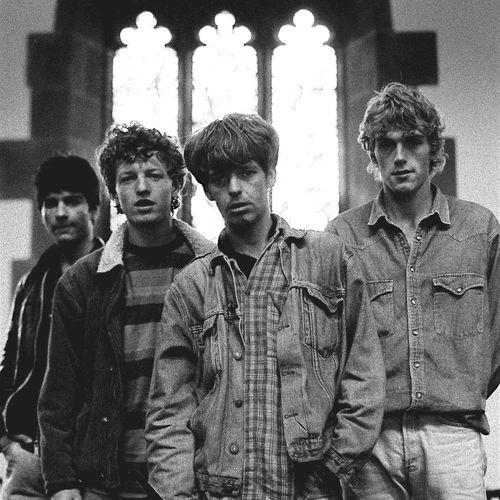