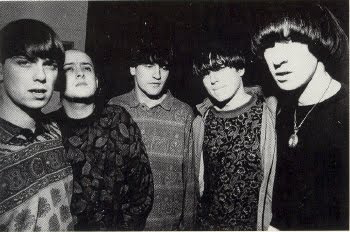 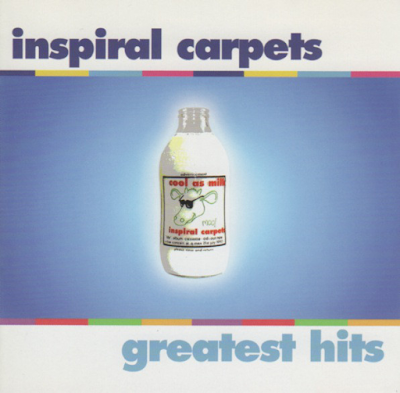 The Inspiral Carpets came from Oldham, and were very much part of the "Madchester" scene of the late eighties/early nineties. Their sound was actually very retro, based around a Stranglers/Elvis Costello & The Attractions organ sound, with hints of sixties "freakbeat"/"psychedelic rock" about it; a trebly Byrds-influenced guitar sound, and plenty of punk/new wave vitality, riffs and drum sounds. The vocals are "in your face" and very punky. I remember hearing this stuff at the time and thinking  - as someone who who had been into both sixties material and certainly punk/new wave - "what's new about this?". I could hear so much of the past in it. I guess the fact that they merged both the sound of 1967 with that of 1978-79 made them sort of unique. It is some of the poppiest, most accessible music of the genre.

I have to admit to knowing very little else about them, other than that their drummer sadly committed suicide in 2016. This is the only album I own of theirs, so I am reviewing it from only knowing these twenty songs. I apologise for that, but it wasn't really my era. When I play it, though, I enjoy it although there is obviously no proper passion for the band or personal back story about seeing them live, being introduced to their music as a teenager or whatever.

Keep The Circle Around features that reedy, Elvis Costello & The Attractions-style organ sound, and plenty of shrill, jangly Byrds guitar, along with some slightly new romantic-sounding vocals. The guitar at the end sounds a bit like Bruce Springsteen on Lucky Town.
Butterfly has lots of punk/new wave vibes to it - a Stranglers organ sound, that punk two-beat drum sound and some punk-style vocals. Despite being part of a supposedly new, young, revolutionary genre, this was an extremely retro track. It has 1979 all over it. Joe has an infectious introductory rolling drum sound and a thumping, sixties "freakbeat" feel to it. Once more, while this is an energetic "welcome to the new thing" sort of track, it is also immensely retro.
Find Out Why is basically a frantic punk song, with punk vocals and backed by a madcap organ. This is also a very late seventies track, with real sixties echoes too. 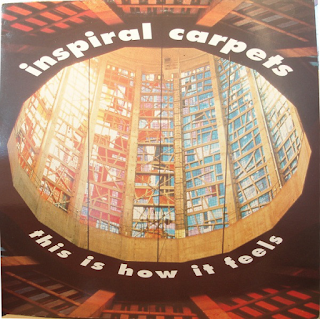 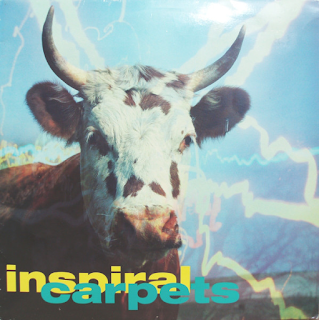 Move has sixties psychedelic, dreamy hippiness swirling all around it. This Is How It Feels had a late sixties Who-influenced lyric and vocal sung out over a glam rock drum beat. The organ solo and guitar almost sounds like Telstar by The Tornadoes at one point. Despite its energetic sound, it is a sad, bleak song full of comment about social hopelessness.
She Comes In The Fall is more typical of the sound of the late eighties/early nineties. If you hear it, you immediately think of the Madchester sound.

Biggest Mountain has some captivating percussion and a great atmosphere about it, a lot of that archetypal nineties "indie" sound on there. Wistful and "psych"-ish in places, a bit druggy, no doubt. The organ bit at the end is almost pure Golden Brown from The Stranglers.

Weakness is an upbeat, punky romp with a new romantic on acid vocal. It has a great bit of guitar/drum interplay half way through.
Caravan sounds like something Ocean Colour Scene may have come up with at times, something about the rhythm. It has that very early nineties piano "loop" sound that featured on so many dance cuts.
Please Be Cruel is a very sixties-influenced track and Dragging Me Down has an addictive rhythm to it, with some more punky, almost post-punk vocals, with some of those very nineties harmonies. The organ/drum bits are excellent.
Two Worlds Collide is a buzzy, spacey number full of guitar feedback and trebly organ breaks. Generations is a frenetic, frenzied piece of early Stranglers-influenced organ-driven rock.

Both Bitches Brew and How Should It Be are lusty punk meets the sixties romps. Saturn 5 is a magnificently ebullient, drum-driven rocker with that crazy organ piping all around it.
I Want You has hints of The Jam's Funeral Pyre in its drum sound, with echoes of The Ramones in the chorus.
Uniform has a catchy, pretty irresistible chorus and a great guitar and drum sound underpinning it. Come Back Tomorrow has some sixties harmonies on its vocals and an almost glammy chorus.

So, there you are, The Inspiral Carpets. I stick this on occasionally, or, more likely, a track of it appears on one of my random selections. 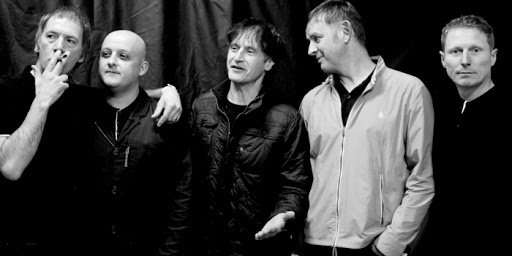