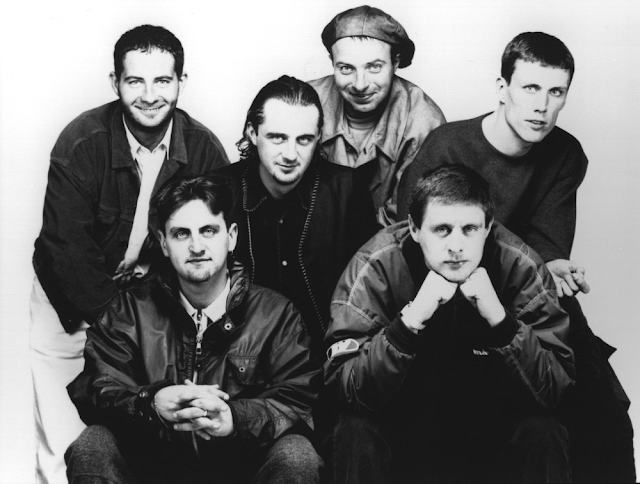 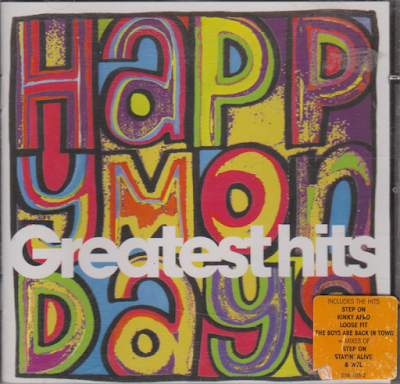 Step On/The Boys Are Back In Town/W.F.L./Kinky Afro/Hallelujah/Mad Cyril/Lazyitis/Loose Fit/Bob's Yer Uncle/Judge Fudge/Stinkin' Thinkin'/24 Hour Party People
Ah, The Happy Mondays. Drugged up nutters with thick "Manchest-ogh" accents, wearing parkas, hoodies or retro sports tops doing those funny gestures with their hands and that mad-looking bloke Bez, jerking around, bug-eyed and off his face on stage. As a seventies-reared man myself, these lads were well beyond my time but they had that weirdness and attitude that made an old punk like me sit up and take a small bit of notice. Not a huge amount, I have to admit, and this is the only thing of theirs I own, but enough to make me wryly smile when seeing or hearing them and think "yeah, they've got something, I can see way they're popular, if I was eighteen I'd love them.....".

They were more than simply a "dance" music band. They pilfered too much from classic rock for that, their influences were quite widespread and there was more to their music than one may originally have imagined. Funk, psychedelia, rock, even classical influences are all in there. There is always a dance beat, though, and it is there that I have to claim ignorance. The dance music era was one that was spawned after I was too old for all the "clubbing" thing. I have, maybe quite proudly, never been "clubbing". That doesn't mean I can't appreciate this for what it is. I like the fact that The Happy Mondays were clearly lads who knew their music. They listened to all sorts of things to get their inspiration. Like Oasis, they were fans of all sorts of other music. a classic example is the rarity that appears on here - their cover of The Bee Gees' Stayin' Alive.

I wouldn't want them crashing at my house for the night, but I always enjoy their stuff whenever it may appear on one of my "random" selections. 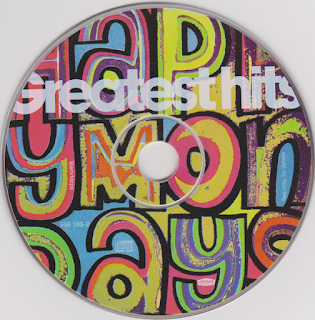 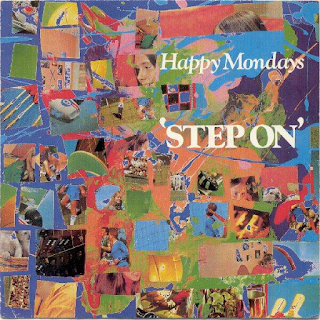 Step On is superb - that massive bass sound and pounding drums, the "loop" repetitive dance-ish piano, the crazed vocals. All good stuff. Of course, a old man like me remembers the original, John Kongos's similarly appealing He's Gonna Step On You Again. This a track that can be used to sum up the whole Madchester thing in one shot and practically launched the "baggy" genre - psychedelic guitars and funky drums - and is invariably used on documentaries when anyone wants to invoke the atmosphere of 1989-1990. "Twistin' my melon....", though, what was that all about?
Up next is their unique take on Thin Lizzy's The Boys Are Back In Town - rendered unrecognisable by pounding drum machine sounds, fuzzy feedback-drenched guitars and a delightfully ad hoc vocal from Shaun Ryder that really did sound as if he was just making it up as he went along. I am sure he was.

W.F.L. ("wrote for luck" apparently) is huge, beaty and mysterious. Tribal dance rhythms meet rock  sounds all topped off with some vaguely menacing vocals. This is another excellent tub-thumper of a track.
Kinky Afro is a highly atmospheric groove that indirectly samples the chorus from Labelle's Lady Marmalade. It is crammed full of superb guitar lines, great bass and an insistent drum sound. Apparently, the group wanted to make it sound like a Hot Chocolate song.
Hallelujah cleverly and evocatively samples some medieval monks' chanting behind a metronomic dance beat, with one of those programmed piano bits again. Now, dance music, clubbing and all that stuff means nothing to me, I have to admit, but if I were to like it, it would be material like this I would turn to.
Mad Cyril is a bit undercooked, in my opinion, the vocals far too low down in the mix and the general sound too muffled and indistinct. It does have quite a bit of Big Audio Dynamite influence, though, particularly with its use of vocal sampling.
Lazyitis utilises the melody from The Beatles' Ticket To Ride in places and also, would you believe, David Essex's Gonna Make You A Star over a trippy, vaguely melodic basic tune.

Loose Fit is an intoxicating, pulsating number with another captivating, hook-laden "chorus". They were not really "choruses" as such, just the bits people would singalong to. It was based on Just Be Good To Me by The SOS Band. More proof of their wide-ranging influences.

Bob's Yer Uncle merged an acoustic guitar with a massive dance drum thump and a quiet, whispered "naughty" vocals such as "can I take you from behind..." and other even more risqué suggestions between Ryder and guest vocal Rowetta.
Judge Fudge has a killer guitar riff and is full of atmosphere. For some reason it makes me think of what Joe Strummer and The Clash may have been putting out had they continued for another ten years or so. It may have sounded something like this. To test this theory, I interrupted my playing of this to play This Is Radio Clash. Obviously, there are some differences, but it didn't sound too incongruous. The sound effects and Strummer's garbled vocals are where I felt the link.

Stinkin' Thinkin' has a nice funky guitar backing and lots other interesting bits together with an appealing vocal.
24 Hour Party People acted as a call to arms for late eighties/early nineties ravers to pop some pills get out of it, man. It actually has a really funky bass line, great rhythms and a very post punky vocal vibe. Too right, man, go for it. Cool. 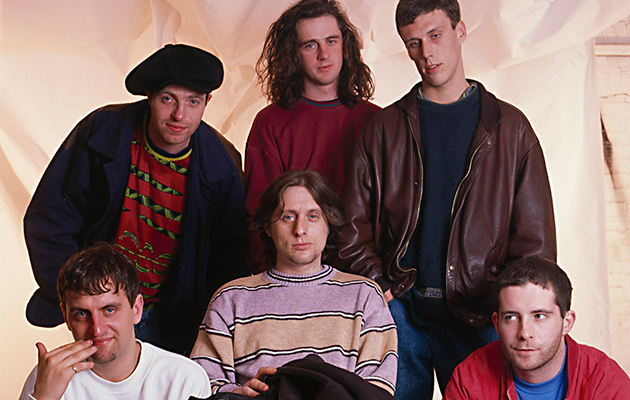