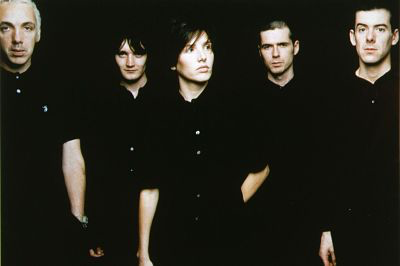 I was never quite sure how to categorise Texas. They actually came on to the scene in 1989, before Brit Pop, yet they were sort of indie/Brit Pop-ish. They fitted that bill - charismatic, ballsy female lead singer (Sharleen Spiteri) and some faceless blokes backing her (actually Johnny McElhone had been in new wave/post punk band Altered Images). Their music was rock-ish (certainly on their first three albums), with some soul/Motown and blues influences but also a guitar-driven indie post punky feel to them....
Southside (1989) 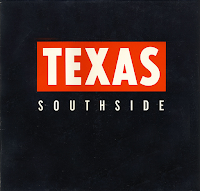 This was their most "rock" album and it is still probably my favourite. Incidentally, quite why a Scottish band called themselves Texas is unclear.

I Don't Want A Lover starts with some low-key bluesy slide guitar, before a bass line arrives and it breaks out into a solid, singalong bluesy rock song. It was the group's first big hit and still often gets played many years later. Spiteri's voice is strong and the acoustic guitars are razor sharp. I am sure KT Tunstall was influenced by this. Also, the piano bit near the end is very Deacon Blue. Unfortunately, the album has not been remastered so the sound isn't as punchy as it might be. Musically, though, it is a refreshingly "proper" album, with real drums, not programmed or synthy.

Tell Me Why is a muscular, confident number driven along by some powerful drums. Spiteri's voice sounds like someone else but I can't put my finger (or ear) on who it is. It's annoying when that happens. Everyday Now is a slow burning, soulful rock number with hints of Chrissie Hynde and The Pretenders about it. It is also slightly hijacks the refrain from Bob Dylan and The Band's I Shall Be Released in the "everyday now"/("any day now") line. It is a good track, this one. Nice blues harmonica solo too. Southside is a magnificent, bluesy offering, full of Chris Rea-esque slide guitar. Proper blues rock. One of the best tracks on the album. Even though it is a short instrumental! If only it were longer. It is unnecessarily cut short.

Prayer For You has another Hynde-influenced vocal from Spiteri on a lively acoustic and slide backed number. The guitar interjections are excellent. The quality continues on the brooding blues of Faith with its slight gospel influences. The diversity in the music on here is impressive, particularly for a debut. Thrill Has Gone is a catchy, upbeat country rocker with slight vibes of Mary Chapin Carpenter in the melody, vocal delivery and structure.
Fight For The Feeling and Fool For Love are both very appealing, guitar-driven mid-pace rock songs. The latter a bit Fleetwood Mac-esque. You can't go too far wrong with stuff like this. One Choice has a huge drum rhythm backing a sharp, acoustic riff. Once again, this is a powerful, strident and captivating number. Future Is Promises does what many albums do and ends with a slower pace, reflective, bluesy and wistful number. Overall, I have to say that this was a very impressive first offering for a largely unheralded, but credible group.
Mothers Heaven (1991) 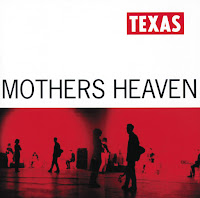 This Is Texas as I preferred them - bluesy and rocking in traditional fashion. No drum machines or contemporary stylings on here as would appear on later albums (White On Blonde and beyond). There are quite a lot of Delta Blues influences, with excellent slide guitar from Ally McErlaine, while singer Sharleen Spiteri's voice is deep, low in pitch and soulful. This is a proper rock album, and a really good one at that. I like it a lot.

Mothers Heaven is a big, crashing piece of blues-influenced rock, full of pounding drums, chunky riffs, funky clavinet and vibrant piano. Sharleen Spiteri’s vocal is strong enough to cope with the song’s power. Why Believe In You is influenced by U2’s dabbling in Americana with a bit of The Hothouse Flowers in there. The organ bits and the bluesy slide guitar are excellent, as is the brooding, shuffling beat. Check out that slide guitar solo half way through. The piano rocks throughout the song too, wonderfully well.

Dream Hotel is an evocative, slow burning and seductive number, with more of those Americana influences bubbling beneath the surfaces in the shape of subtle, jangling guitars. Once more, there is quite a bit of U2 floating around in this, and Deacon Blue. This Will All Be Mine has a moody, Southern swamp blues intro and a mysterious, deep vocal. It is packed full of atmosphere. I am surprised that this album did not get more critical praise than it did. It slipped under the radar somewhat. Beliefs is a muscular piece of buzzy guitar rock, with a dark ambience and sonorous vocal. Alone With You is a chunky, gospel-influenced soul song, with big choruses and twangy slide guitar over a metronomic, robust drum beat.
In My Heart has a huge, lusty drum sound and a rise in its pace to its chorus, very much in a U2 style. You could almost imagine Bono singing this over Larry Mullen's powerhouse drums. Waiting is a short song in a similar style that, unfortunately, ends before it gets going. Wrapped In Clothes Of Blue is an atmospheric, slow burning number featuring some darkly grandiose guitar backing and a powerful vocal.
Return is an excellent, slide guitar-driven shuffling blues. Walk The Dust is a low-key, sensual once more U2-ish closer. It surprisingly bursts into life half way through and ends this impressive album on a big anthemic note. 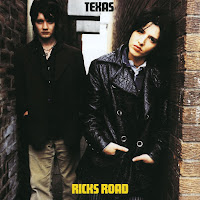 Rick's Road was Texas's third album, and it has received a certain amount of criticism from various reviewers I have read, comparing it unfavourably to the two following albums, both of which were huge sellers. These people have had problems with the fact that it is a blues rock album and not a commercially-oriented poppy one, whereas for me it is the exact opposite - it is powerful, rocking and full of quality blues guitar, drums and harmonica. This, as far as I am concerned, is Texas at their best, before they went all programmed drums, and "contemporary" pop soul sounds.

Sharleen Spiteri's vocals display her full range - from gritty and bluesy to surprisingly flexible and high-pitched. The girl could sing the blues, there is no doubt about that, and her performance on this album puts me in mind of subsequent female bluesers like Susan Tedeschi and Grace Potter. 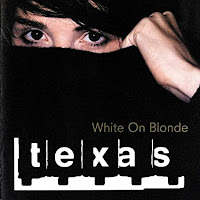 This is where Texas went from being a blues rock, slightly "cult" band to being a blue-eyed soul-pop one before our very ears, utilising contemporary dance beats, programmed drums, synthesised strings, artificial scratching noises and the like. as far as I am concerned, despite being full of really catchy and melodic songs (just as the previous album was), something was lost due to the muffled, dense and murky sound that was delivered in order to satisfy the tastes of Radio Two chart-oriented listeners. The difference in clarity (negatively) between this and the previous offering was seismic.

I just cannot get on with the sound on this one at all. Even on the faux Motown-Northern Soul of the "earworm" singalong hit single, Black Eyed Boy, there is an overall muddiness that detracts from it. Those synthesised strings sound awful. The same accusation can be levelled at the album's other big hits, Say What You Want and the scratchy White On Blonde.

It is a shame, as far as I am concerned, because there are some fine songs on here, they are just blighted by a sound and production that is just not to my taste. I have always been a "real instruments" man. Those thumping programmed drums just don't do it for me, I'm afraid. Sharleen' s voice has no bluesy grit to it anymore, either, just slick, soulful female chart pop tones. She has changed her method of vocal delivery completely, for the worse in my opinion. 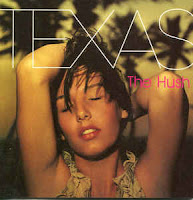 Now, I have laid my criticisms on thick over the sound of the previous album, backing-wise but there is an improvement here. Although the group use the same contemporary sounds as on the previous outing, there is a crisper, clearer production to the sound that renders it more appealing to me.

The tracks are all good ones too, especially the Black Eyed Boy re-write of When We Are Together (although this does suffer from the same muffled production), the Diana Ross-sounding Day After Day and two other great singles in In Our Lifetime and Summer Son. The Hush is probably the track that best exemplifies Texas's sound in this period.

There is also quite a lot of hints of later era Deacon Blue on this album's sound, which, if you have read my reviews of those albums, you will know I do not necessarily think is a good thing. It's about the production there too.