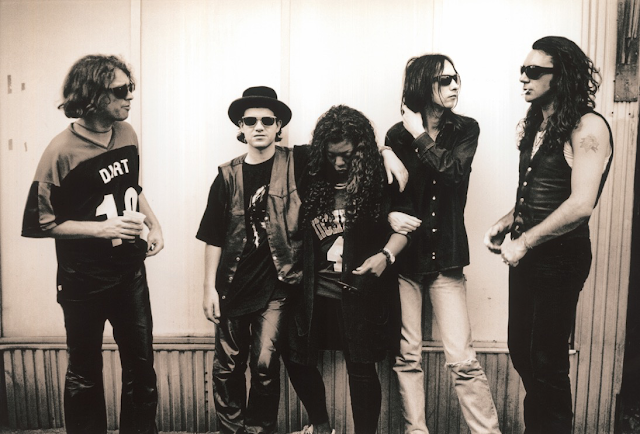 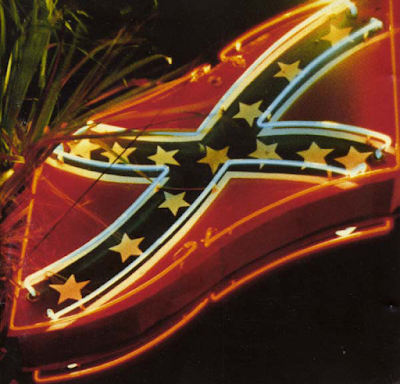 Primal Scream underwent a seismic change with this album, leaving psychedelic dance stuff behind for this big, bluesy rocking beast of an album. The Scottish band decided to produce a Southern States-style rock album with some funk influences present too. This didn't go down well with some of the music media. NME labelled them "dance traitors". Personally, I much prefer this album to the dance/acid house stuff (never having been much of a fan of dance/acid house - not my era), so it went down fine with me. The album has always been perceived as a failure, indeed it almost finished the group off. Not for me, though, I think its great, one of the albums from this era that I genuinely like, as opposed to just respect. That is no doubt because it is so obviously "retro".

Jailbird leaves the listener in no doubt as to what this album is all about - solid rock riffs, pounding drums, wah-wah guitar in the background, Stonesy vocals, loud, enthusiastic backing vocals, they are all in here.

Rocks is the albums Stones-influenced thumping, fist-pumping classic. The chorus and riffs are captivating, as is the horn backing and madcap bar-room piano. It is a superb, rocker of a track.
I'm Gonna Cry Myself Blind sounds just like The Faces in its intro, although Bobby Gillespie's vocals are softer than Rod Stewart's. Apart from that it is totally Faces, for me.

Funky Jam was a liaison with funk legend George Clinton, of Parliament/Funkadelic fame. While it has a dance-style beat, is is pretty. much pure horn-driven seventies funk.
Big Jet Plane is a slow burning, Lynyrd Skynyrd meets The Stones rock ballad. It even has a great, seventies-style saxophone solo. The saxophone continues on the jazzy, bluesy groove of Free, a sublime, soulful song that features Denise Johnson on lead vocals. Quite what the band's dance fans would have made of this doesn't bear thinking about (man). It comes to an abrupt end, however.

The riff intro to Call On Me is just pure Faces, and most of the rest of it is pure Stones, with a horn section right out of Southside Johnny & The Asbury Jukes.

Struttin' has some spacey, dance-ish sounds, but it also contains a fair amount of Meters-type funk in its instrumental grooves. It also has some excellent wah-wah guitar/organ interplay half way through. The band were showing that they could play on this album, for sure. At eight minutes plus, though, it probably goes on three minutes too long.

Sad And Blue begins with some genuine bluesy slide guitar and it is a slow ballad with hints of The Stones on Beggars' Banquet and Shine A Light from Exile On Main Street.

Give Out But Don't Give Up is slowed down to a walking pace for its brassy funk vibes. George Clinton was credited as a co-writer on this, and you can tell. It is like an extended Parliament funk-out.
I'll Be There For You is a dramatic, U2-esque anthem. A similar sound, but this time a more organ-driven, soulful one is found on Everybody Needs Somebody. The organ breaks are sublime. There is more Faces influence here. 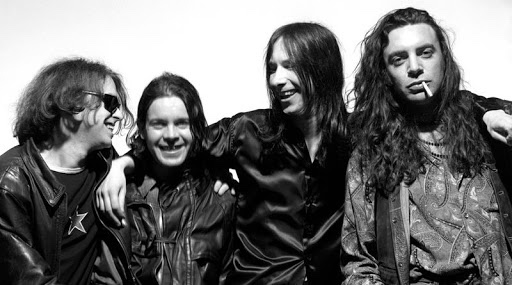