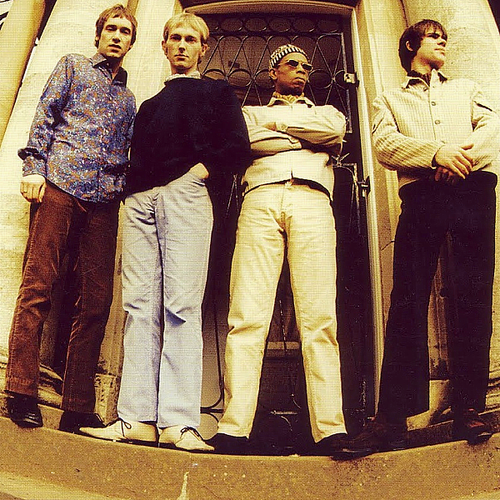 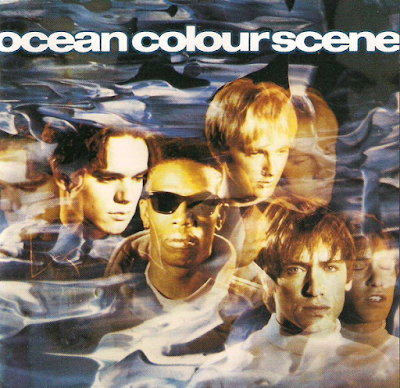 This was Ocean Colour Scene's debut album and one which found them not quite knowing what they wanted to be - a trippy, "Madchester"-influenced contemporary band, or a retrospective pysch-pop outfit with a few soul hints here and there. For that reason, it never really caught the public's attention, and the group seemingly went into cold storage for four years, until Paul Weller/Noel Gallagher resurrected them and they recorded the successful Moseley Shoals album.

The group were always one to showcase their influences, but they also had a fair amount of creative innovation and originality, which makes this an interesting and beguiling album worthy of a listen. 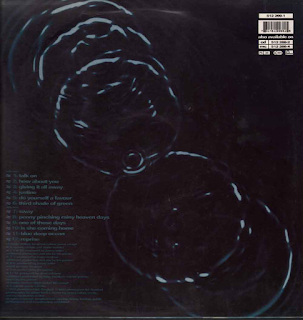 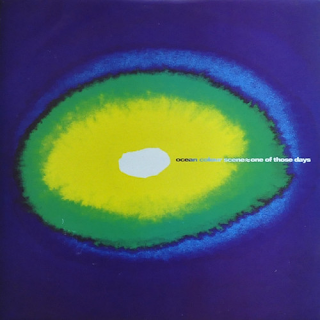 Talk On is a very Small Faces-influenced number, updated with some bassy, substantial early nineties backing. How About You also taps in to a vague late sixties vibe with a bit of psychedelic hippiness about it.
Giving It All Away is a rhythmic, infectious song, with another sixties-style vocal, with Stones airs. The drum sound is captivating, full of lusty punch. The lyrics are once more very sixties, psychedelia influenced. It has some excellent guitar/drum interplay near the end, with some floaty hippy backing vocals.

Justine changes the pace with a very mid-sixties Rolling Stones-ish plaintive, lightly orchestrated acoustic ballad. Some pulsating wah-wah guitar introduces the robust Do Yourself A Favour. This is really good stuff, quite unusual for the time - contemporary yet retrospective. This was something quite difficult to achieve. I am surprised by just how good this track is. Check out that congas/bass interplay. It is a cover of a Stevie Wonder song from his 1971 Where I'm Coming From album.

Third Shade Of Green is a very late sixties psychedelic rock-style number, full of feedback-ish Hendrix guitar and reverb-drenched druggy vocals. It is one of the heaviest tracks the group ever did.
Sway is driven along by a shuffling drum rhythm and some funky guitar. This is actually quite an inventive, original-sounding number. There are hints of U2 in there too.
Penny Pinching Rainy Heaven Days is so sixties it could well be wearing a Paisley shirt. It is good, though, with a great bass line and staccato drum sound. Weird backing vocals, though.

One Of Those Those Days is full of swirling, psychedelic guitars, intoxicating bass and odd sound effects. Is She Coming Home is another trippy one, with more circulating guitar and Ringo Starr drum rolls.
Blue Deep Ocean ploughs the same furrow, with some Lennon-esque vocals and a bit of funky U2-ish guitar on there too. A bit of that old sixties Eastern thing as well. The drum sound is similar to the one often used by The Happy Mondays and Black Grape, that sort of thumping dance sound.

As I said, it is an interesting album, but a bit of an odd one. The band themselves have apparently pretty much disowned it over the years. 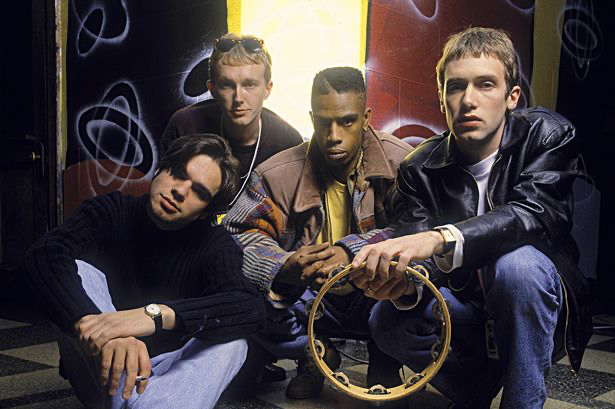 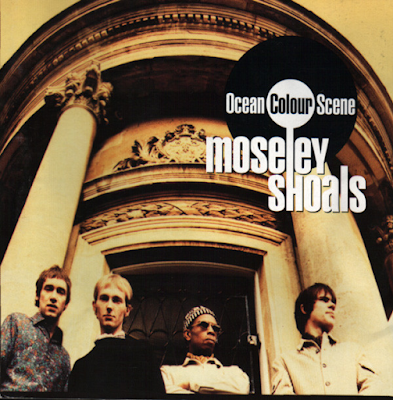 The Riverboat Song/The Day We Caught The Train/The Circle/Lining Your Pockets/Fleeting Mind/40 Past Midnight/One For The Road/It's My Shadow/Policemen & Pirates/The Downstream/You've Got It Bad/Get Away
Ocean Colour Scene had, in 1996, been around for several years, releasing one eponymous album in 1992 and then being "rescued" in Bowie/Mott The Hoople fashion by Paul Weller and Noel Gallagher. Guitarist Steve Cradock went on to play with Weller for years (and still does) while bassist Damon Minchella also played with Weller on tour. Anyway, briefly, the group became the next big thing. They were a mix of sixties psych rock, freakbeat, folk rock and blues rock influences mixed with smatterings of soul and funk just here and there. They were very difficult to categorise, but the and something. They could certainly play, and they maximised their influences well, merging them with their own style to create something relatively unique. Weller, in fact, plays organ, guitar and piano at points throughout this album.

For some reason, however, it all went wrong and the music media turned on them, dragging a lot of the public along at the same time, so much so that people these days are somewhat embarrassed to admit to owning this album. This was/is unwarranted and unfair. This was/is a good album.

The Riverboat Song has a catchy introductory riff and some solid guitar. It settles down into a safe enough chugger, but is not quite as remarkable a track as many seem to think it is. It is ok, though, with a sixties-influenced vocal. Hints of late sixties psychedelic rock lurk beneath the surface. There is some excellent wah-wah guitar soloing from Steve Cradock on here, it has to be said.
The Day We Caught The Train has a few shameless I Am The Walrus snatches in it, along with hints of Ronnie Lane, The Small Faces and The Strawbs at their rockiest. It is very derivative, I have to say, but actually pretty enjoyable despite that.
The Circle has a very Brit Pop guitar riff heralding it in. It is a catchy number with another Ronnie Lane-sounding vocal from vocalist Simon Fowler. A good track, this one with a really good bit of guitar near the end. 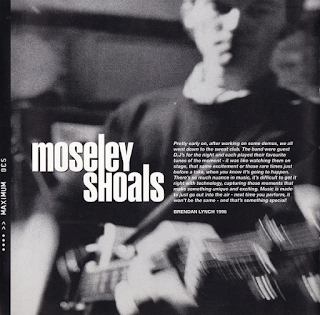 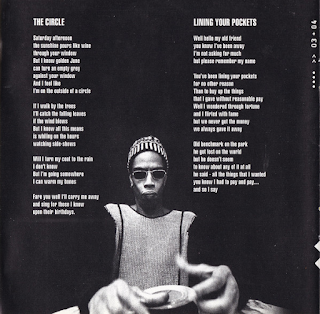 Lining Your Pockets is a slow ballad with a bit of George Harrison about it, for me. Fleeting Mind is a dreamy, floaty Nick Drake-inspired song, but with a more solid slow rock backing. There are echoes of Led Zeppelin III in there too, just a bit. Again, it is an intriguing, impressive track. There are Weller influences in there too, which in turn were Traffic ones, particularly on the guitar interjections and drum sound.
40 Past Midnight is a solid piece of soul-influenced rock in a sort of early/mid-seventies Don't Shoot Me Elton John style. There are also lots of Stones influences all over it in its slow blues sound and Fowler's Jagger-esque vocal. I am thinking of The Stones from the Goats Head Soup era.

For me there is something post 2000s Springsteen meets The Hothouse Flowers about the very appealing One For The Road. It is one of the album's best tracks. Yes, it wears its influences on its sleeve, but it also has a fair amount of originality.
The plaintive It's My Shadow is very McCartney-esque with more George Harrison vibes too. When it breaks out into the chorus it is big, full and powerful as well. The band could rock pulsatingly when they wanted to.
Policemen & Pirates has a big chunky and slightly punky riff, but also some vaguely prog-rock bits and a late sixties/early seventies feel. Once again, it is eclectic, but strangely original. I am at a loss in trying to pigeonhole it.

The Downstream could be a Stones late sixties/early seventies ballad, both vocally and musically. Check out that keyboard bit. Lots of Wild Horses on the vocal too.
You've Got It Bad has a choppy riff, a lively, aggressive beat and some psych-y feedback reverberating around. A bit of post punk guitar in there too. It is very freakbeat. A drum solo at the end as well.
The album ends with the folky, plaintive Get Away, which breaks out from its acoustic beginning into an extremely Paul Weller-esque number, in a Foot Of The Mountain/Shadow Of The Sun sort of way. More drum soloing near the end before the Weller guitar returns.

This album has been unfairly maligned over the passing of time. Time for a re-assessment. It's a good one. 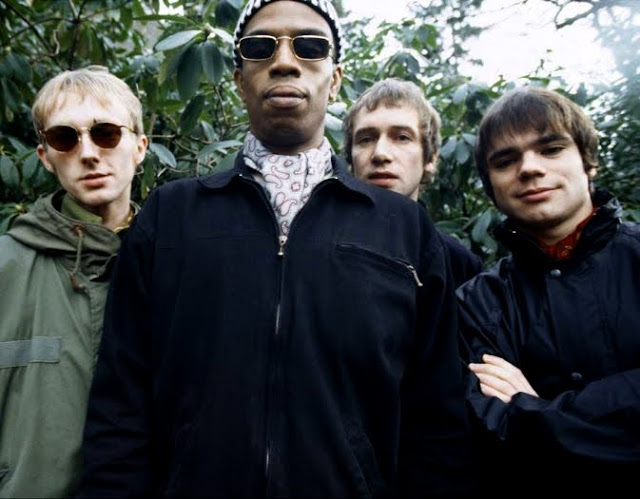 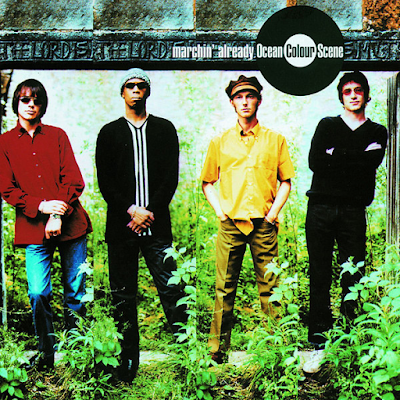 This was Ocean Colour Scene's third album, and probably the last one they got away with before the music media and the the public turned on them as they did with other bands like Sleeper. Even more so with Ocean Colour Scene, I was at a loss to understand what they did wrong. Their albums, and particularly this one, are quirkily appealing creations, full of all sorts of influences and a myriad of styles. They were instrumentally extremely competent and inventive and their albums are always worth several listens. There is so much beneath the surface. What there also is, sometimes, is, despite a deep bass sound, is a bit of tinniness in the production.

Hundred Mile City kicks off the album off with a magnificently vibrant, frenetic piece of psychedelic riffy rock. It is packed with all sorts of freaky sounds, man. There is something of Thin Lizzy to it.
Better Day is a George Harrison-esque slow rock ballad with a lovely bass line and that late sixties Beatles influence all over it. Singer Simon Fowler had that somewhat (comparatively) weak, reedy voice that Harrison had. It also (predictably) has some strong Paul Weller influences in there too. There is also a progginess to it that reminds me of Supertramp, would you believe.
Travellers Tune is a lively piece of acoustic and electric rock with a Ronnie Lane feel to it. Big Star is an attractive quite slow number with some infectious percussion and another sumptuous bass line. The vocal is one of those popular in the late nineties. Del Amitri had a similar-sounding vocalist. 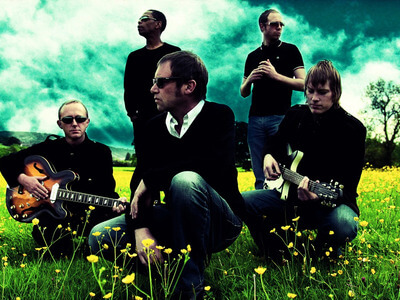 Debris Road has bassist Damon Minchella on top form once again. There is a real seventies vibe about it.
Besides Yourself is a plaintive, mainly acoustic ballad with more Harrison/Beatles influence. Get Blown Away has lots of sixties psychedelic vibes to it, more Beatles and maybe even a bit of early Bowie. Ocean Colour Scene were definitely very derivative but they knew how to use their influences well.

The strangely-titled Tele He's Not Talking is another dreamy pice of late sixties rock stuff given a powerful nineties makeover. It has a nice piece of sharp acoustic guitar soloing in the middle. Foxy's Folk Faced is a short, unsurprisingly, folky piece of fun.

All Up is a delicious piece of jazzy, funked-up piano-driven instrumental, sort of Traffic meets The Style Council. I love this. Spark And Cindy is an acoustic-driven but muscular number that reminds me, again, of Supertramp, instrumentally. The big acoustic intro sounds like Supertramp's Give A Little Bit. Half A Dream Away is similarly quirky and dreamily hippy in many ways.
It's A Beautiful Thing is a soulful ballad featuring the classic sixties voice of P. P. Arnold sharing vocal leads with Fowler.

Overall this is an album that is very difficult to categorise, so varied are its sounds and influences. It merits several listens before you start to get it, so to speak.