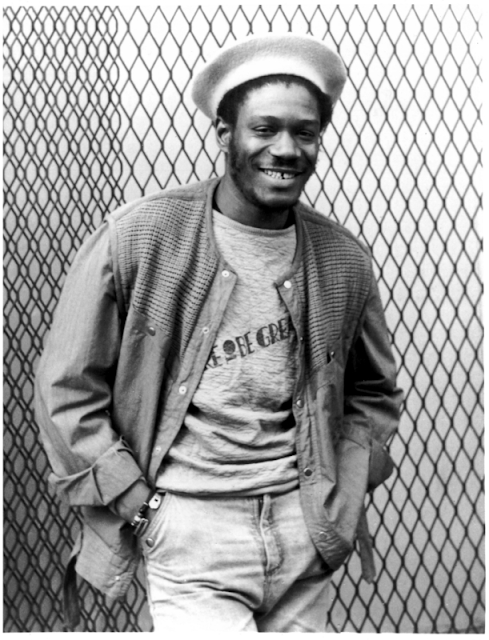 The Best Of Horace Andy (Trojan) 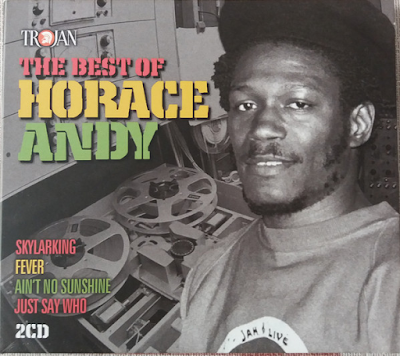 Horace Andy first started recording in the late sixties/early seventies but it was as a roots artist that he had his biggest successes. His career had a renaissance in 1990 as he was used as a guest vocalist on all five of "trip hop" group Massive Attack's albums.

This excellent compilation has good sound quality (although some of the earlier recordings are understandably a bit hissy) and concentrates largely on the roots period of the early/mid seventies and the clear move in Andy's music from the light poppiness of the early seventies classic reggae to the harder-edged roots of the 1975-78 period.

He was known for his light, melodic voice which is often a contrast to the heavy roots nature of at least some of the lyrics. He also dabbled in dancehall sounds in the early eighties. Although he was primarily a roots artist, the riddims are lighter and more airy than some similar artists of the time. A lot of Andy's songs, although containing a roots beat and roots vocal style are not Rastafarian devotional songs but love-themed songs. Most of Andy's roots material was produced by the legendary roots producer Bunny Lee and contains  the unique and recognisable "flying cymbal" percussion sound for which Lee coined the name. There are also those ubiquitous melodious horns backing most of the tracks. They were an essential part of roots reggae. So, there is a definite roots sound to the whole album, but not necessarily in all the lyrics.

Skylarking is a catchy, lively number with a fetching skank and delicious, quite subtle and melodic bass line. Lonely Woman is a love song but with a rootsy, bassy feel.
Andy's cover of Bill Withers' Ain't No Sunshine is as you would expect from the early seventies, very Ken Boothe in feel and vocal delivery. There is quite a bit of rock steady-influenced material on here too, from the late sixties/early seventies. Again, though, there is a rootsy mournfulness to tracks like Let The Teardrops Fall and Don't Think About Me. Even on his romantically-themed songs, Andy always employed a deep, roots bass sound, as he does on the deep and sonorous (Woman) Don't Try To Use Me. It has an excellent extended dubby passage at the end.
I'd Love You To Want Me is a cover of Lobo's 1974 chart hit given an upbeat, brassy reggae makeover. Sea Of Love is another convincing, enthusiastic, upbeat cover of an easy listening standard. My Guiding Star is an excellent piece of early roots vibe backing a love song, as indeed is Love Of A Woman, with its sharp cymbal sound.

There is, despite Andy's liking for a love song, some Rasta consciousness around in the pious Psalm 68, the righteous Zion Gate, the didactic rootsy classic Money Money (Is The Root Of All Evil) and Hang On To Jah.
Materialist/Poor Man Style has Andy speaking out about inequality over a tuneful skank and sumptuous bass line and Collie Weed and Better Collie are two of the expected roots tracks in praise of the sacred herb.
Satan's Side is the album's most religiously fervent number, with an absolutely killer bass line. God Is Displeased's title speaks for itself. Them Never Tell I (Lie Teacher Girl) is a magnificent piece of dubby, reverb-drenched roots reggae. It features a guest toaster in Ranking Buckers (not a toaster I am familiar with). He has a gruff voice in the Prince Far I/U-Roy style.

Be My Queen is a seductive number with big hints of Gregory Isaacs' early material about it, in its rhythm and backing. Fever is a number with a big thump of a backing and it sounds a far more bassier, fuller track than on Skylarking: The Best Of Horace Andy. Maybe it is a later re-recording.
Elementary has a similarly full, deep shuffling, dancehall, but poppy sound. Natural Mystic is a rootsy, edgy cover of the Bob Marley song.

All these Trojan compilations are very impressive, packed full of forty tracks each and retailing for not much money. The sound quality is great on them all. This Horace Andy one is no different and serves to show what a solid body of material he recorded, for a comparatively lesser-known roots reggae artist. There is some really good roots on here, but some enjoyable rock steady/classic reggae style stuff too.


Skylarking: The Best Of Horace Andy 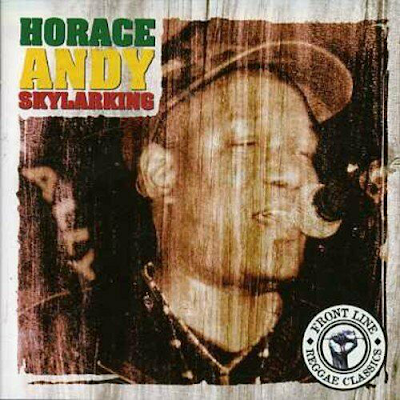 Horace Andy first started recording in the late sixties/early seventies but it was as a roots artist that he had his biggest successes. His career had a renaissance in 1990 as he was used as a guest vocalist on all five of "trip hop" group Massive Attack's albums.

He was known for his light, melodic voice which is often a contrast to the heavy roots nature of some of the lyrics. He also dabbled in dancehall sounds in the early eighties. Although he was primarily a roots artist, the riddims are lighter and more airy than some similar artists of the time.

Spying Glass is a Rastafarian consciousness thumper of a track bemoaning the fact that Rastafarians are regularly discriminated against. The bass line is as infectious as you would imagine and some Eastern-sounding strings swirl around Andy's tuneful falsetto.
Natty Dread A Weh She Want is a really appealing, bubbly tale of how a girl wants a Rastaman. Rock To Sleep is a percussion-heavy slow groove, featuring that distinctive "flying cymbal" sound so beloved of the roots producers. Andy's stuff was produced by the legendary rootsman Bunny Lee. Lee in fact coined the term "flying cymbal". 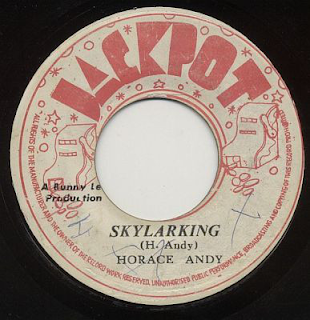 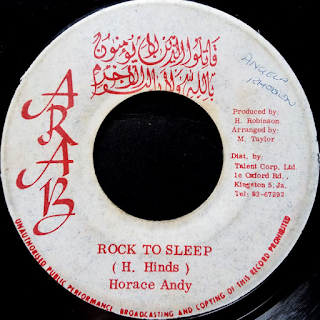 One Love is not the Bob Marley song, it is a slow-paced, soulful groove with quite an unusual vibe to it, some odd keyboard sounds. Its sound is actually quite unique and more like the sort of thing he would do with Massive Attack. It is a really good track.
Don't Let Problems Get You Down is a typical rootsy skank with a pious but seductive vocal. An early recording, the slowed-down rock steady Fever has Andy singing in a most unusual voice.
Children Of Israel also dates from 1973 and is more slow rock steady than roots, despite its devotional lyric.

Money Money (Roots Of All Evil) is a more typical later seventies roots number - a mid-pace groove backed by horns. It has a nice dubby bass bit right near the end. Girl I Love You has Andy going romantic over a bassy, scratchy rhythm and a sort of stripped back dancehall-ish backing. It has some slightly mysterious, beguiling bass and percussion-driven atmosphere.
Elementary is a staccato, but heavy number in a dancehall style with Andy singing in that stuttering, hiccupy fashion like Jacob Miller.
Every Tongue Shall Tell is an early rudimentary roots number, still a bit raw and edgy.

Skylarking is a lively, exuberant skank. It dates from 1972 and was an early example of a roots reggae record, with a deep bass line and a saxophone backing driving it along but still retaining a bit of the lightness typical of early seventies classic reggae. It was a kind of bridging point between the two sub-genres.
Do You Love My Music is a very mid-seventies rootsy groove. It is no surprise to learn that it dates from 1977. It goes without saying that there is a fine bass line on it.

There are more substantial Horace Andy compilations around, notably Trojan's The Best Of Horace Andy, but this is pretty comprehensive one, concentrating, as it should, on the roots material.