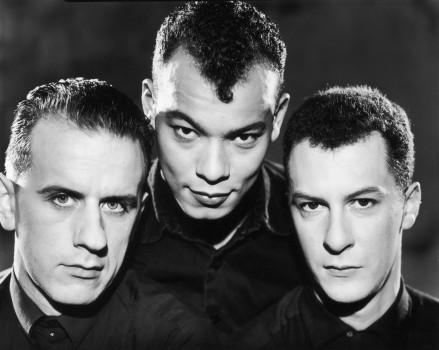 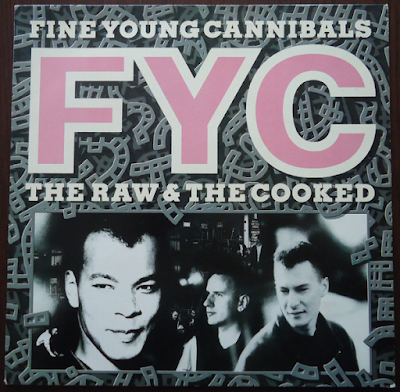 Fine Young Cannibals only released two albums, this was their second, and most successful. The group comprised of singer Roland Gift and two ex-members of The Beat, Andy Cox on guitar and David Steele on bass and drum machine programming. The latter's credits would suggest that this album was largely a studio creation and that was true. All sorts of programmed effects are used, along with several guest musicians, like Jools Holland, soul veteran Jimmy Helms and Ocean Colour Scene's Simon Fowler. The album also dabbles in several musical styles. The first five tracks are the "raw" tracks - more funky, riffy and edgy, whereas the last five are the "cooked" - more slick, polished soulful numbers.

The album always suffered from a poor sound, but a recent remaster has rectified that slightly, although not completely. It certainly sounds much better than the original CD release, however.

She Drives Me Crazy starts with that huge chunky riff, thumping beat and Roland Gift's high-pitched voice leading it in to an addictive, singalong chorus. It was, unsurprisingly, a big hit single.
Good Thing is clearly modelled on Northern Soul stompers like Tainted Love, with its metronomic drum beat and "hey hey hey" backing vocals. I'm Not The Man I Used To Be to be samples the drum loop from James Brown's Funky Drummer. It gives the track a shuffling, dance-y groove behind Gift's enticing but mournful vocals. 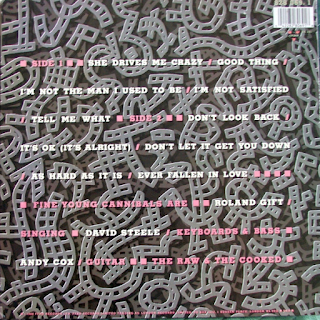 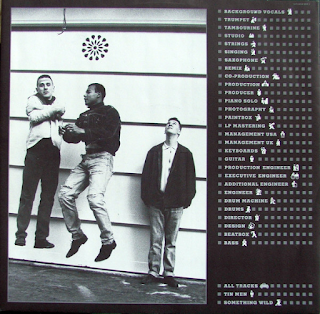 I'm Not Satisfied has an addictive, dance groove with a big, fat bass sound and another hooky, easy to catch on to, vocal. This is impressive contemporary dance pop for its era.
Tell Me What merges fifties doo-wop with a light vaguely reggae-influenced skanking, lilting rhythm.

Don't Look Back is an upbeat, energetic and very catchy number full of jangly new-wave style style guitars. It's OK, It's Alright is a harmless enough dance chugger.
Don't Let It Get You Down has Gift doing his best Prince on some even higher-pitched vocals over a pounding clubby beat. This was actually quite ground-breaking stuff for 1988 and it manages to fit in some excellent bits of trumpet and saxophone too, alongside some freaky-sounding keyboards.
As Hard As It Is has always been one of my favourites - a sad, heartbreaker with a moving vocal and lovely light guitar riff and sumptuous tenor saxophone solo.
Ever Fallen In Love was a cover of The Buzzcocks' new wave single. It doesn't match up to the original but it has a thumping beat and a certain amount of appeal, in the way it is slowed down. Gift's voice is an improvement on Pete Shelley's too.

** The bonus track You Never Know is excellent - a slow, melodic groove. A bit reminiscent of The Christians from the same period. It should have been on the album, there was easily room.
The other bonus, Social Security, is a fifties-influenced odd number - a love song to signing on. Strange as none of the group probably were signing on. The extended dance grooves included as well are all enjoyable and very late eighties.

This was a vibrant and vivacious album. One of the best of its year. It was a pity that the group didn't do anything else after this. 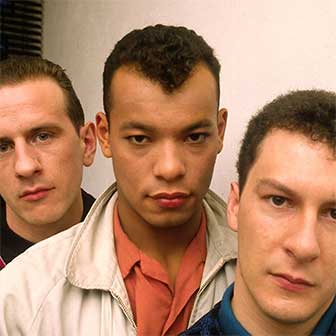 Check out The Beat's work here :- 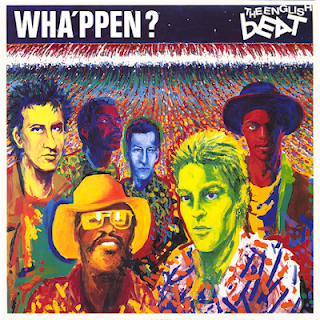