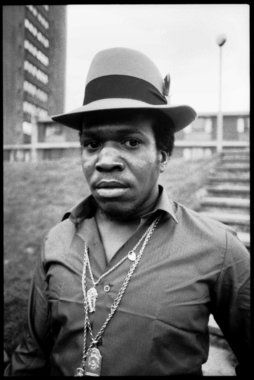 Barrington Levy's most successful period was during the Dancehall boom from the mid/late eighties into the early nineties. He was one of the pioneers of the "ragga" sub-genre. His voice at that time was tuneful and light-ish in tone, he had none of the gruffness of earlier roots artists like Prince Far I or Big Youth. He mixed singing with that dancehall style of toasting. The rhythm is generally light and breezy, certainly not dubby or particularly rootsy.


Too Experienced: The Best Of Barrington Levy Murderer/Under Mi Sensi/Prison Oval Rock/My Time/She's Mine/Shine Eye Girl/No Fuss No Fight/Black Roses/21 Girl Salute/Teach The Youths/Too Experienced/Don't Throw It All Away/Vice Versa Love/Living Dangerously (featuring Bounty Killer)/Dancehall Rock (featuring Cutty Ranks)/Work (featuring Jigsy King)
This is an impressive collection of this influential dancehall/ragga artist's work.
The songs
Murderer is a staccato, unusually rootsy skank with a semi-spoken dancehall-style lyric. It was one of the first "ragga" hits. Levy breaks out into singing on the chorus with his relatively high-pitched and quite melodic voice. Another early ragga hit was Under Mi Sensi, which is also very much in the dancehall style with more rap-style vocals.

Prison Oval Rock is a catchy number with more than hint of The Wailing Souls' Firehouse Rock about it on the verses. My Time has Levy full-on singing as opposed to toasting on an appealing, summery groove of a song.
She's Mine is lively and attractive and, once again, is sung. Levy, when he sings, really has quite a poppy, pleasant voice. He is certainly no "growler".

Shine Eye Girl is a shuffling semi-rap number, while No Fuss No Fight is one of Levy's most rootsy cuts, with Rastafarian-conscious lyrics, led by the "natty dread you must fuss no fight..." line.

Black Roses is one of my favourite Levy tracks - an atmospheric skank with an infectious, slightly reverb-enhanced vocal. The voice and the backing are at their peak on this one. 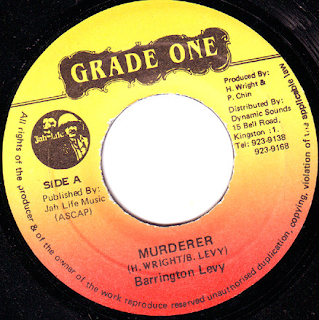 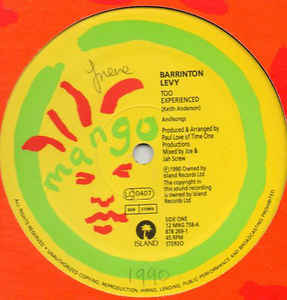 21 Girl Salute would not win any anti-sexist prizes with its line - "what kind of world are we living in - seven fat girls for every slim girl....". I can't help but smile at this sort of thing, though. It is all rather harmless. Musically, the song has an appealing rhythm. It is one of Levy's most commercial tracks.
Teach The Youths is a message song in a sort of Peter Tosh style telling the youths to get their act together and stop fussin' and fightin'.

One of Levy's best known and most poppy songs is the lovely Too Experienced - an enticing groove with a winning vocal. It is pretty much a lovers' rock track, let's be honest.
Don't Throw It All Away finds him in pop mode again. It is a very light song and a long way removed from the ragga of Under Mi Sensi.
Vice Versa Love is an unusual number, being a slow, completely non-reggae piano-driven ballad. Peter Tosh recorded a few incongruous songs like this too.

The deeper, gruffer voice of Bounty Killer joins Levy for the ragga pop of Living Dangerously. Dancehall rapper Cutty Ranks joins in on Dancehall Rock with some trademark ragga toasting on show between the two vocalists. The song samples Bob Marley's Trenchtown Rock and R. Dean Taylor's Indiana Wants Me, surprisingly, but to great effect.
The final track, Work, with Jigsy King is an almost funky workout showing the artist's willingness to diversify. 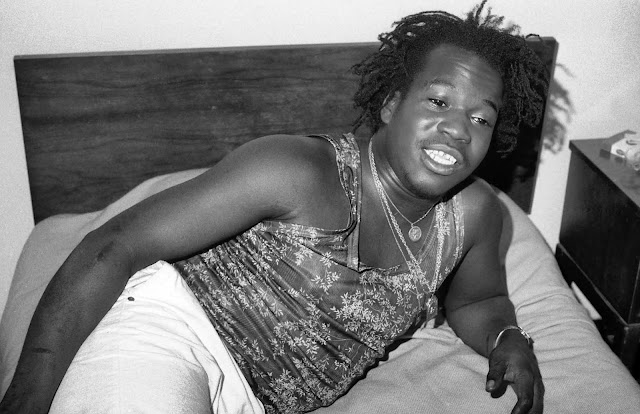