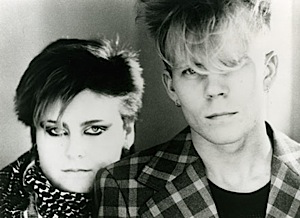 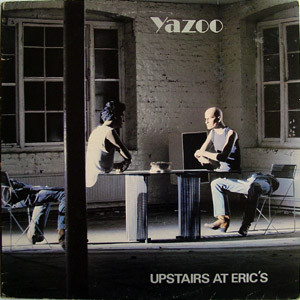 Yazoo appeared from nowhere in the midst of the new romantic explosion. They were a sort of amalgam of new romantic keyboard pop and experimental post punk. They consisted of keyboardist Vince Clarke (who was also involved with Depeche Mode) and vocalist Alison Moyet (known then as "Alf"). Clarke deals with all the instrumentation - keyboards and drum programming. It is more than just a cold synth-dominated piece of work though, Moyet's voice carries considerable emotion, being big and soulful as opposed to typically new romantic in that detached haughty or cold and soulless style favoured by so many. It sort of exposes the pre-conception that all keyboard-driven music has to be Kraftwerk-esque in its cool detachment. This, to me, is a warm, sensitive and evocative album. There is a distinct lack of post-punk misery about it too. Just a bit near the end. It was 1982 after all.

Don't Go was a huge hit single and also a dance success. It begins with an absolute killer, catchy synth riff and Moyet's raspy soulful voice has strength and attack. It is a classic of its type. Clarke contributes an excellent, quirky keyboard solo bit in the middle. It has been released in many formats over the years - 12", dance, extended mixes and the like.
Too Pieces is another solid but infectious and moving song. The voice is again superb as indeed are the keyboards. This is not just futuristic keyboard doodling and bleeping, it is used as the dominant instrument and carries all the songs. It has vague echoes of Marianne Faithfull's The Ballad Of Lucy Jordan. For me anyway. 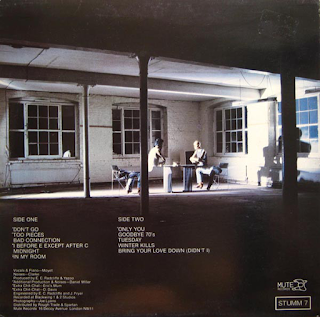 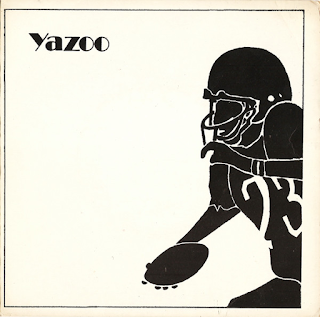 Bad Connection has a quirky, poppy lively beat. Once more, it is a relief to hear an expressive, dynamic voice on this sort of material. Moyet brings a soul and a rock sensibility to the music.
I Before E Except After C is, unfortunately, a pretty pointless, unlistenable tape loop mix of multiple spoke voices muttering on over each about "feeling the difference". After a couple of minutes, though, a bit of sombre synthesiser comes in, giving it a bit of industrial atmosphere. It is out of kilter with the rest of the album, however, and would have been better being replaced by excellent the non-album single, Situation, for me. It goes on far too long and is a waste of time, let's be honest.

Thankfully, sanity is restored on the gospelly soul-influenced Midnight which is a beautifully powerful piece of electronic soul, if indeed there could be such a thing. If there was, Yazoo had produced it here. The synth riffs and Moyet's voice are both outstanding.
In My Room is not The Beach Boys' song but another piece of Vince Clarke experimentation. It works better than the previous one, despite the layered spoken vocals appearing again. Alison Moyet sings on this one and gives it an oddball appeal.

Only You was massive. A huge number one. Rightly so, it is blessed with great hooks, a bucketful of soul, killer synth riffs and Moyet's voice riding high above it all. One of the great hits of the era. No question.
Goodbye 70s was a dense, deep synthy ushering in of this new era. It is so evocative of the time. Personally, I am not a huge electronic fan, preferring my guitars, but I can dig this, man.
Tuesday is addictively sonorous. Very dark and European-sounding, so there was a bit of Kraftwerk in there after all, hidden away.
That feeling continues on the doom-laden Winter Kills, which is like something Siouxsie And The Banshees would be doing a few years later. The upbeat energy is back, though, with the funky Bring Your Love Down (Didn't I), compete with soul-esque bracketed title.

This was definitely one of the better albums from the early eighties period, which was one for music that certainly wasn't one of my favourites. This does the business though, with its clear differences and creative vitality. 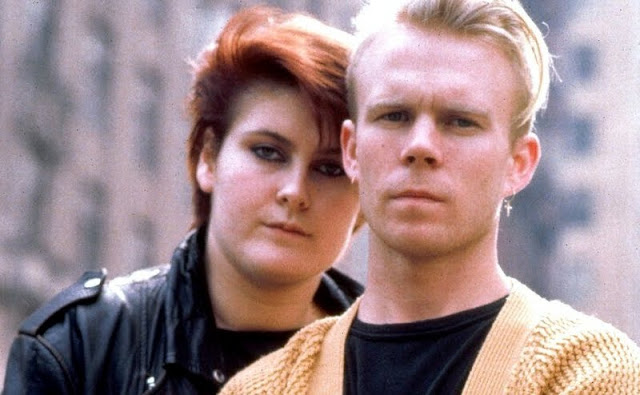