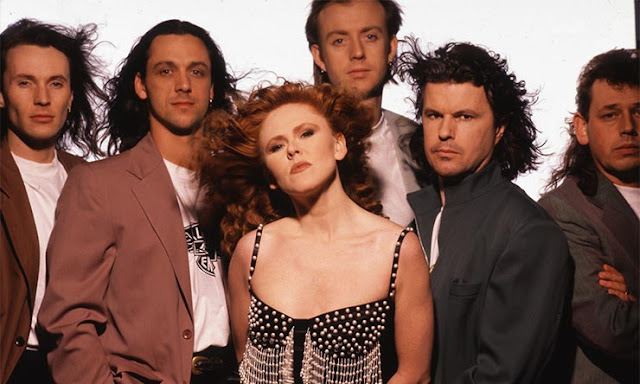 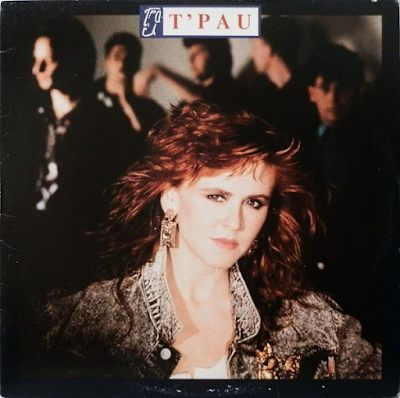 1987 was a pretty barren time for music, so much so that I have really good memories of playing this album over and over, thinking how great it was. A crumb of bread felt good to a hungry man. Not that it is a bad album, actually, but it has always suffered from dreadful, mushy, badly-produced sound (odd, because it was produced by Roy Thomas Baker of seventies Queen fame). I read somewhere that Baker did this deliberately to make it sound better on lo-fi radio sets or car radios. While it may indeed sound better on radios, it certainly sounds bloody awful on a decent hi-fi system.

It is also very much a product of its era. While T'Pau have rock instincts, they also, unfortunately, bowed down to the great god synthesiser - the album is full of it. That will always make it sound very eighties. As I said, though, as 1987 albums went, it was a good one.

Heart And Soul has a muffled, undercooked backing and singer Carol Decker's vocal is semi-spoken at the outset, whispering under the music, until it breaks out on a ramped-up, stirring chorus.
I Will Be With You is a very typical late eighties big synth-dominated rock ballad.
Up next is the big one, the huge number one hit and hen night singalong number, China In Your Hand. It was not surprisingly a hit, it builds up irresistibly to its huge, anthemic chorus. I can't help but like it. Friends Like These is an upbeat number with another killer hooky chorus, but a terrible, tinny sound.

Sex Talk is great - a slice of vaguely funky, synthy rock with Carol Decker on sassy, sexy form telling us how long it is "since I got so wet...".
Bridge Of Spies, despite more poor sound is an uplifting, magnificent song, with an excellent vocal from Decker, soaring high above everything. Superb song.
Monkey House starts with some proper electric guitar riffage and a big thumping beat. As on so many of the album's songs, it is supremely catchy and easy to sing along to.

Valentine slows down the pace, but not the sonic murk, unfortunately. It is a good power ballad, though. It someone could remaster these recordings, up the guitar, make the drum sound less mushy and get rid of those synths.
Thank You For Goodbye has a very eighties-style saxophone intro and another of those big, addictive choruses.
You Give Up seems to use the riff from Bruce Springsteen's Glory Days before launching into a vibrant rocker. A brief reprise of China In Your Hand ends what is for me a very nostalgic album. If only that sound could be dealt with.