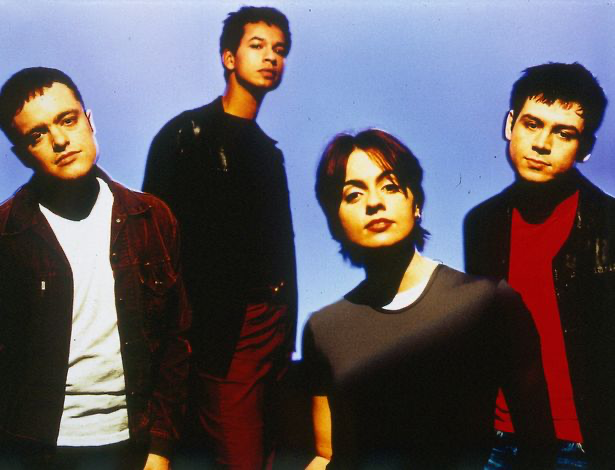 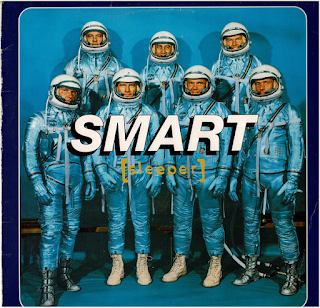 This was Sleeper's debut album. For many, it is considered not as good as the other two they released. For me, though, there is something raw and ebullient about Louise Wener and her mates' first offering. Her lyrics are up front, often amusingly bawdy, witty, tongue-in-cheek and sort of sexy in a grubby, punky way. Lots of great observational stuff. I agree, however, that the songs on the next two albums are more fulfilled pieces of songwriting, more catchy and cohesive. Some of those on here don't quite make it. Maybe that was part of the "indie" thing, though, that sort of home-produced punk ethic.

Inbetweener is a jangly, riffy, poppy opener with one of those hooks Sleeper would be so good at delivering over the next couple of years. Louise Wener's "mockney" is irritating, as it would also be prove to be over the same period of time. Just pronounce those "t's" Louise. Her phrasing sounds clumsy, more difficult to drop the "t's" than to actually say them. Swallow has an edgy, post punk-ish scratchy guitar opening with Louise singing about a creature in her wardrobe seeing her naked. Delicious is a frantic, energetic punky number with Louise suggesting "we should go to bed until we make each other sore...". Ok if you insist.... 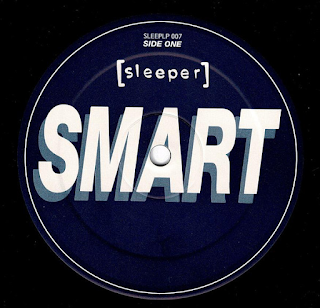 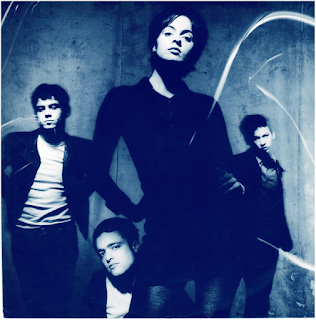 Hunch is a slow, solemn number that doesn't quite come off, at least until it bursts into action half way through. Amuse is another low-key song that, unfortunately shows up the weaknesses in Wener's slightly deadpan voice. Bedhead is a new-wavey fast paced song with hints of early Joe Jackson about it. Lady Love Your Countryside is an odd song, lyrically, about various sexual activities. Again it is a very late seventies/early eighties-influenced number. Vegas is more in a mid-nineties "Brit Pop" jangly style. It ends with some crashing Oasis-ish riffs.

Poor Flying Man slows the tempo down a bit until its cacophonous ending. Alice In Vain is an interesting, beguiling song, with a bit of cod-reggae in the middle and another of those punky vibes. Twisted is an excellent, big, chunky, bassy one. OK, it's a bit raw, sonically, but that sort of adds to its indie appeal. Pyrotechnician is also mightily full-on in its attack. It utilises some Big Audio Dynamite-style sampling too. Good stuff. This album would have gone down well in 1978-1979. It is quite retrospective all the way through. I really quite like this album. 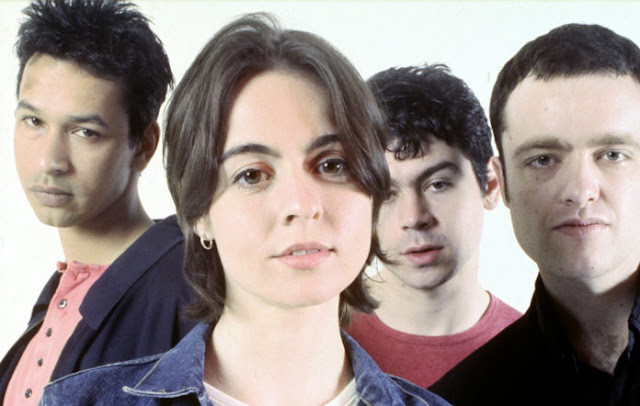 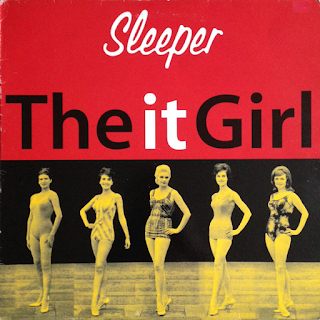 Sleeper were a strange band. Releasing material at the heart of the "Brit Pop" thing, after initially being the sort of band that would appear on the list of a character from This Life's favourite bands, they pretty soon became the band everyone loved to hate, for no accountable reason. Music fashions, eh? Maybe it was the fact that lead singer Louise Wener was a bit gobby, but so what. She later became an author and wrote some excellent books. I have read two of them - Goodnight Steve McQueen and her enjoyable autobiography It's Different For Girls. Both are lively and amusing.

The other members of the band, all male, were anonymous in both appearance and persona and the irritating phrase "sleeperbloke" was coined by someone in the media to describe such types. It stuck, for a while at least.

The band's sound was very Blondie-influenced with Smiths-style guitar backing although the music is unremastered and suffers a little from a muffled sound that you need to turn up. 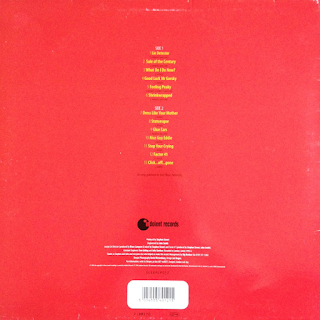 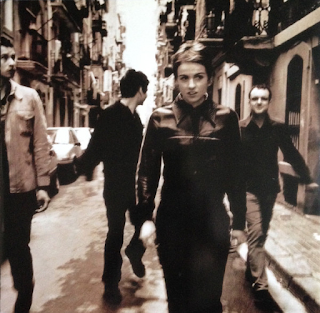 Lie Detector is a riffy and punky opener, full of witty, observational lyrics. Wener's "mockney" accent is annoying though as she drops her "t"'s unconvincingly. Sale Of The Century has a riff like the one in Iggy Pop's The Passenger and an absolutely killer chorus. Its synthesiser opening reminds me of Blondie's Fade Away And Radiate. This material is all very mid-nineties. By this time, I was thirty-seven years old and saw this stuff as the music of students and young people much younger than me, so I was never properly into it. In later years, however, I have picked up the band's three albums for next to nothing and quite enjoyed them. What Do I Do Now? contained more of Wener's acute social observation, which always was razor sharp. However, her deadpan singing left quite a bit to be desired.

Good Luck Mr. Gorsky has a good sound to it, actually, with some good percussion and guitar backing. quite what the song is about is unclear. It has a bit of post punk mystery about it. Feeling Peaky is in possession of a punky riff and a bit of a Stray Cats rockabilly bass line.

Shrinkwrapped has an infectious slow drum sound and a bit of a Siouxsie & The Banshees mid-eighties guitar sound. Dress Like Your Mother is another typically nineties piece of Brit Pop rock, although Statuesque is the album's most obviously Blondie-influenced number, with it's new wave beat and I'm Always Touched By Your Presence Dear vibe.

Glue Ears has a mournful, sombre feel to it, with some industrial post punk riffs. Nice Guy Eddie is full of those typically punk/new wave double drum beats and some impressive guitar. Stop Your Crying, ironically, given its its titular familiarity to Stop Your Sobbing has more than a bit of The Pretenders about it. Factor 41 is a melodic but quirky new wave-ish number, but that mockney voice is annoying me again. It ends abruptly with Wener hollering out "get your knickers down...". The fact she is singing it to a man makes it unique and amusing.

Click...Off...Gone is a short, airy, synth-driven end to an album that is ok for a quick burst every now and again, but I have be honest that despite its forty-five minutes, I start to flag after about twenty-five. 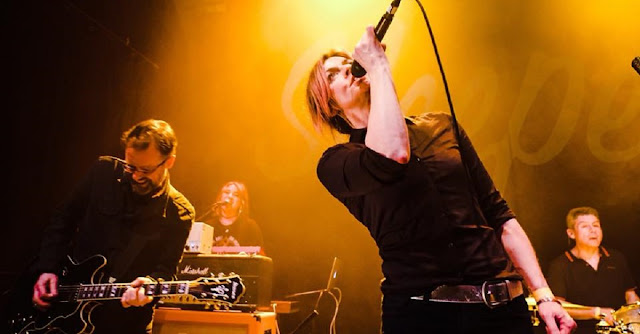 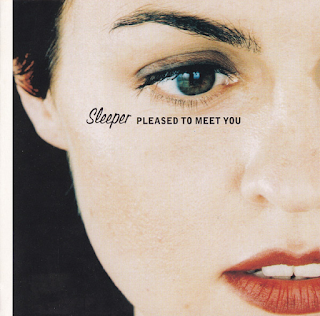 For some reason, in around a year between 1997 and 1998, Sleeper rapidly fell out of favour with both the public and the music media. This would prove to be the last of their three albums and they split in 1998. Their demise would seem to have been a classic "build them up, knock them down" media thing, and, despite producing a good album here, one which showed a definite progression and a willingness to diversify slightly, they incomprehensibly became a band worthy of contempt. I could never quite understand that, and still don't. Maybe it was singer/songwriter Louise Wener's forthright personality, but that should never be held against anyone. Maybe it was the move towards producing more reflective, atmospheric, moody numbers instead of jangly Brit Pop. For whatever reasons, this was Sleeper's swansong and it was badly received. Indie darlings to nobodies in two years. That sort of fickleness has always annoyed me.

Please Please Please is a mysterious, slow-pace, breathily delivered number with U2 hints in the verses and their backing. She's A Good Girl is typical Sleeper fare, full of wry lyrics and a hooky chorus.

Rollercoaster is another which highlights Wener's acutely observational songwriting and musically, it follows the familiar pattern of smoky, atmospheric verses and big, crashing guitar-driven choruses. It has some impressive bass runs and buzzy guitar in there too. The production, however, as it is on the album as a whole, is a bit muffled. 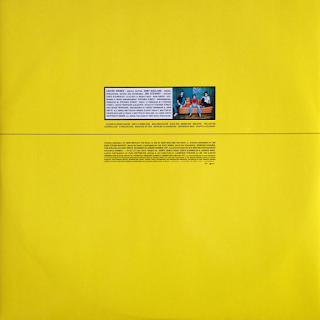 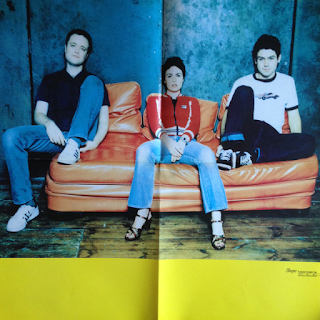 Miss You is a pleasant enough, but unremarkable slow number, with some nice instrumentation. Romeo Me was a single and got a lot of radio play. It has that indie catchiness so popular at the time. However, it is a song that has always irritated me. The chorus while catchy, comes across as clumsy, particularly when Wener sings "Romeo and Ju-leeee-et". It just doesn't fit and bugs me every time. hear it. The spooky Breathe is backed by some Sgt. Pepper-era Beatles sounds and also has considerable U2 Zooropa/Pop influence. It is not a bad track at all.

You Got Me should have satisfied the Brit Pop fans, as it is one of the songs that most fits the style of the group's first two albums. Even this one finishes with some intense fuzzy guitar, though.

Superclean starts with a delicious piece of bass/drum interplay worthy of Siouxsie & The Banshees. It is a seductive post-punky number with sharp guitar interjections and one of Wener's better vocals. The band should not have been criticised for this more brooding, heavier sound. Again, it is one of the album's best tracks.

Firecracker starts of with a Bowie Lodger-era searing guitar riff and a has a muscular, punchy chorus. Because Of You is another track full of slow burning gravitas. It is very much a track that grows on you. It chorus is subtly addictive as its insistent drum sound.

Nothing Is Changing is even more laid-back, Wener's plaintive voice only backed by an acoustic guitar and ghostly keyboard string sounds. Motorway Man starts like Kraftwerk, until the U2 drums kick in. This is another dark but impressive track. It should have been given more of a chance. The same applies to the chunky Traffic Accident. Funnily enough, it ends abruptly, as did Sleeper's career now. This was a shame, but this certainly was not a bad album. 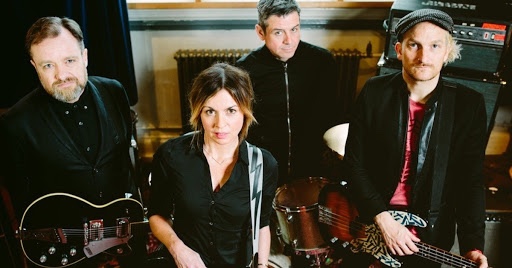