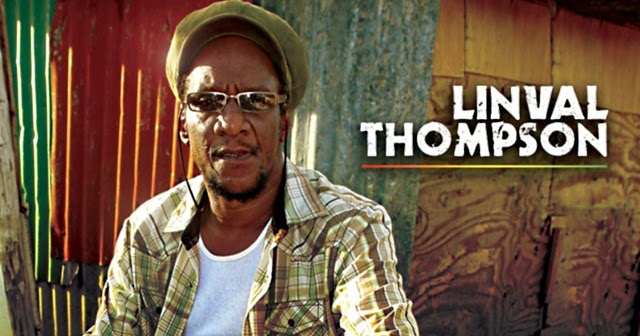 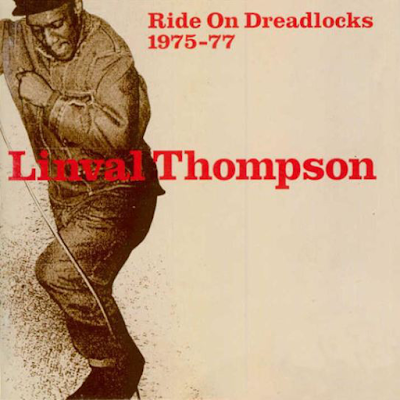 This is an excellent Blood and Fire compilation of Linval Thompson's influential, ahead-of-the-game roots material from 1975-1977. Much of this material achieved cult popularity a few years later as part of the punk/roots reggae crossover, when it became part of the soundtrack for several Notting Hill Carnivals.

Most of the material was produced by the legendary Bunny Lee, and a lot of them either have extended dub sections or are very dubby anyway. The bass is huge, as you would expect, but melodic too and there is that razor sharp cymbal sound known as Lee's trademark "flying cymbal" sound. You instantly know it if you hear it. The lyrics are unsurprisingly Rasta-oriented, about devoutness and the glory of having dreadlocks.

Thompson is up there with Johnny Clarke, The Abyssinians, The Gladiators, The Mighty Diamonds, Culture, The Congos, The Heptones, Jacob Miller, Max Romeo and Junior Murvin as one of the great roots reggae vocalists. His material was a few years in advance of some of the others, so his influence was considerable. He went on to be more of a producer than a singer, as indeed many of the roots artists did. 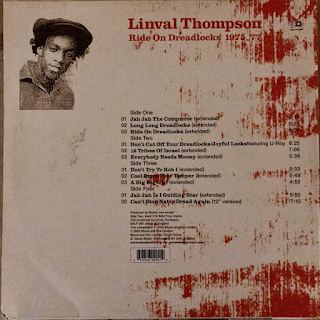 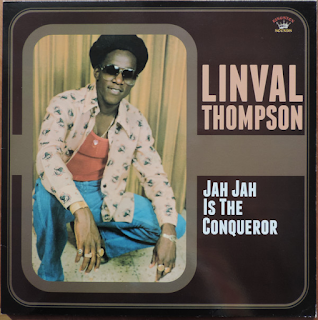 Jah Jah Is The Conqueror is a wonderful slice of mid-pace roots skanking, extended here to include the big, bassy dub version. Check out that infectious bass/cymbal work near the end of the dub passage.
Long Long Dreadlocks is a dubby and brassy song in praise of having the locks - "if you don't have a long long dreadlocks I sorry for you....". The dub passage has those cymbals again plus that brass sound that comes and goes, often cutting off half way through a bit, leaving just the "riddim". This dub was the sort of stuff that many bands would imitate in the late seventies/early eighties, including The Clash on Armagideon Time and UB40 on Dream A Lie (extended).

Ride On Dreadlocks is an upbeat cut and one of Thompson's better known ones, full of great guitar and a lively beat. Thompson's voice is yearningly good on here too. Check out that oh-so-deep bass line too. Dub reggae heaven. I love this.
Don't Cut Off Your Dreadlocks leaves the Rastaman in no doubt as to his course of action - don't visit that barber man.
12 Tribes Of Israel was one of the three tracks produced by Thompson, and, notably, it features a more catchy "one-drop" drum sound. The dub passage of this track is excellent. Check out that rumbling bass line.

Everybody Needs Money is a dub-drenched slow groove, full of reverb and echo. Don't Try To Rob I is a lively and enjoyable number, one of the album's most catchy.
Cool Down Your Temper is a return to massive, dubby vibrations, crystal clear flying cymbals and devout lyrics.
A Big Big Girl passes by without registering particularly. The last two tracks, Jah Jah Is I Guiding Star and Can't Stop Natty Dread Again are the other two Thompson-produced tracks. The former is deep and rhythmic, the latter lighter and more breezy, with an excellent dub passage.

Overall, this is a rich dubby compilation full of late seventies atmosphere. Time for some Red Stripe and curry goat. (The pic below is not Thompson, it just suits the music). 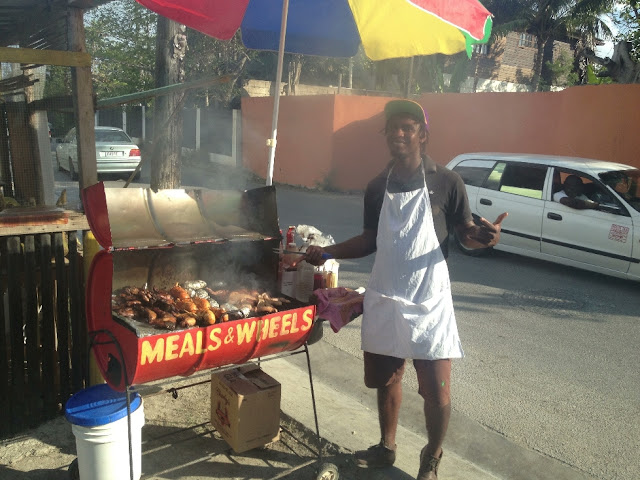