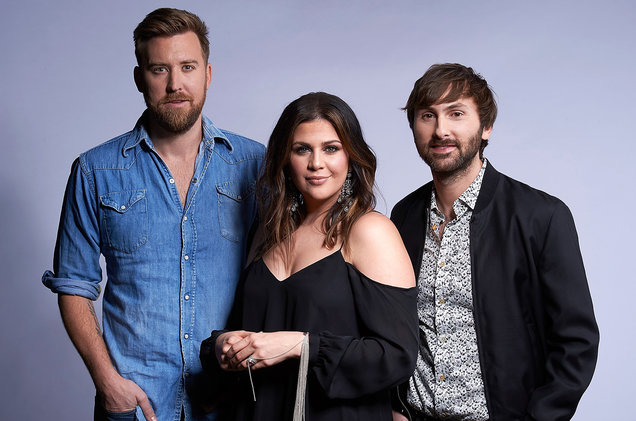 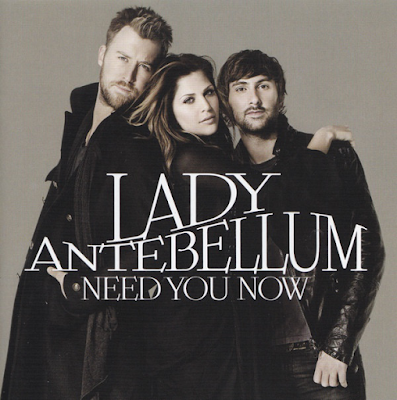 Need You Now/Our Kind Of Love/American Honey/Hello World/Perfect Day/Love This Pain/When You Got A Good Thing/Stars Tonight/If I Knew Then/Lookin' For A Woman/Ready To Love Again/I Run To You
This is a pleasant enough serving of "contemporary country" rock from a threesome who actually were from Nashville - Charles Kelly, Hillary Scott and Dave Haywood. Their albums follow the usual trend of a fair few lively rock/country pop love songs, a couple of heartbreaker ballads and some good-time bar-room stompers to show that they know how to have a good time. It is all a bit polished, without anything edgy or challenging, but taking that into account, it is still a reasonable album, with some good moments on it. Every now and again throughout the album, they surprise you and you realise that they are a bit more than the average country rock band. I have seen them live at the Hammersmith Apollo a while back and they were great - energetic, rocking and very "up for it". They had a really enthusiastic audience too.

Despite the attractiveness of the two singers, they do give off a rather asexual vibe, however, as if they both met at their university Christian Union. Hillary Scott is married to the band's drummer, I believe, so getting all down 'n' dirty with Charles may not go down to well behind the kit.

This was their second album, or, as the Americans say, their "sophomore" offering.

Need You Now has a big, chunky beat with a deep, rumbling bass line and a singalong chorus. The vocals are shared, as they usually are, between Hillary Scott and Charles Kelly.
Our Kind Of Love is a solid, melodic but ebullient piece of country rock. Once again, they show what a knack they had for finding a hook.
American Honey, sung largely by Hillary, is an appealing slow rock number full of atmosphere. She sings it, slightly annoyingly, as "AmeriCAAN honey", but it's a good song, so I'll forgive her. It's her home accent after all.

Hello World is very Springsteen-esque in both Kelly's vocal, the piano and the lyrics. There are hints of Jackson Browne floating around in there too. It is one of my favourites on the album. The way the verses build up in the song and eventually rise to the chorus is uplifting. The line about "little white crosses in a little white church" is very Van Morrison-ish.

Perfect Day is a lively, country rocker about grabbing a few beers, jumpin' in the truck and havin' a whole heap of fun with your buddies at the County Fair. Love This Pain is a solid, riffy rocker with another killer hook.
When You Got A Good Thing is sort of mid-pace country rock ballad by numbers, which makes it not quite as impressive as some of the other material.

All of the band's albums have to contain a crowd-pleaser, and here it is Stars Tonight, with its "..boys in black pearl buttons lookin' just like Springsteen..." line (whatever black pearl buttons are). It is a good-time, rousing number, a bit like Soozie Tyrell's Out On Bleecker Street. It is also packed full of rock riffs and fist-pumping "hey, hey" bits.
The tempo cools down a bit after that breathless romp, for the piano and vocal ballad If I Knew Then. It is very typical modern country fare. Not for long, though, the riffy rock is back on the upbeat fun of Lookin' For A Good Time.
Ready For A Good Time is next, a Hillary Scott-led mid-tempo ballad. The album ends with one of its best tracks - the outstanding, bass-driven I Run To You. This is Lady Antebellum at their best - harmonious, catchy, powerful and melodic.