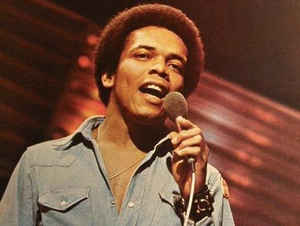 Johnny Nash, from Houston, Texas, did as much as anyone to bring reggae to the masses in the early 70s. This is an archetypal reggae "crossover" album....
I Can See Clearly Now (1972) 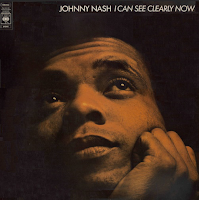 Along with hits like Dave And Ansel Collins' Double Barrel, Bob And Marcia's Young, Gifted And Black and Nicky Thomas's Love Of The Common People from 1971, by 1972, it was the voice of Johnny Nash and his singalong, commercial reggae played by Jamaican musicians that were all over the airwaves. Two of these tracks - Stir It Up and Guava Jelly were written by Bob Marley and, for many, including my thirteen year-old self who bought all Nash's singles, this was the first time they had come across the name of Bob Marley. As far as I was concerned, in 1972, reggae was Johnny Nash.

Funnily enough, this album is split between Nash's authentic brand of reggae and seventies, brassy soul. For that reason it sort of sits on two stools and Nash always remained that sort of "crossover" artist.
This album is the best one to use to dip into what made Nash so appealing. It begins with his cover of Marley's seductive Stir It Up, sung by Nash as "steer it up". I loved the vibe of it when I first heard it - Nash's voice is flawless and the reggae beat intoxicating. I loved the bass line, those "one drop" reggae drums and the infectious flute parts. Nash could also do soul too, and as I said, not all this album is reggae - That's The Way We Get By is a lively, brassy, almost Northern Soul number surprisingly written by keyboardist John "Rabbit" Bundrick (who worked with Free and The Who and appeared on Bob Marley's Catch A Fire album the following year).
Marley's Guava Jelly caught my attention back then, not only for its deliciously laid-back summer reggae groove, but for the line "come rub upon my belly like guava jelly..." which I found mightily amusing at the time. What was guava jelly? It sounded like something exotic and Caribbean which suited the whole vibe.

It Was So Nice While It Lasted is another sumptuous soul offering, with Nash's voice crystal clear. Oooh BabyYou've Been Good To Me is an upbeat piece of funky soul with more excellent brass backing. You Poured Sugar On Me is a sort of easy listening meets soft, poppy reggae. It is a Sam Cooke-style ballad with a typically early-seventies gentle reggae beat. Nash co-wrote it with Bob Marley.
Up next is perhaps Nash's most famous song, his self-penned uplifting classic I Can See Clearly Now. Its beat is vaguely reggae mixed with brassy soul. It has been covered by many, and rightly so, it's great. Comma Comma is a Marley number, written in a shuffling Rastafarian drum style. It doesn't refer to a punctuation mark, but "come-a back here to me". Despite its poppiness, it is probably the deepest reggae groove on the album. We're All Alike is a slow, gospelly ballad, How Good It Is is a pleasant mid-pace reggae song from Nash's pen and the bizarrely-titled The Fish And The Alley Of Destruction is another piece of inspiration gospel soul. Cream Puff is an endearing pop reggae song fitting in very much with that early seventies reggae feel.

There Are More Questions Than Answers was a great hit single, an impressive, singalong slice of early seventies reggae. I always loved the steel guitar solo and drum "taradiddle" in the middle of the song. Overall, this is an excellent summer's day listen. Harmless, enjoyable accessible reggae and soul.