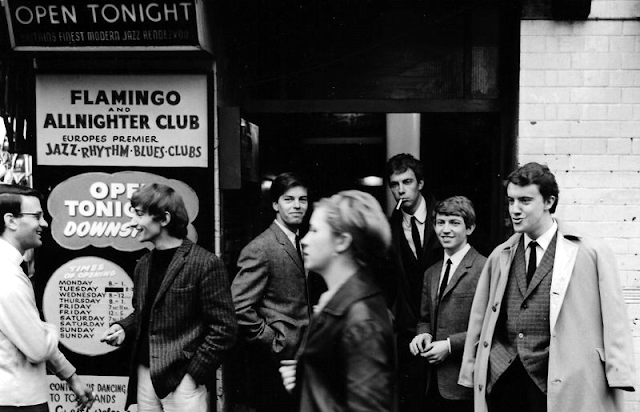 Chauffeur/Your One And Only Man/I've Been Trying/Florence Of Arabia/Let The Good Times Roll/James Brown Medley/Mashed Potato USA/Nothing Can Change This Love/Barefootin'
This is an energetic and effervescent capture of one of the British R'n'B boom's main acts live. Although the recoding has been remastered, it is still pretty much "warts 'n' all", with some hissy bits here and there, but it does have that authentic 'live" feeling, complete with crowd hubbub,  that makes you think you are there, at Kooks Kleek, Hampstead, London in 1966. The essential bass parts of the sound have been cleaned up and it carries a deep, warm bass thump to it. George "Zoot" Money's Hammond organ leads the sound, but the drums, from Colin Allen, are excellent. The Police's Andy Summers is on guitar in one of his early gigs, showing that he was certainly not the young punk many presumed him to be in 1978.

The rollicking organ riff-powered Chauffeur and the Chris Farlowe-ish horn-driven Your One And Only Man are solid openers to the set.

Curtis Mayfield's I've Been Trying is soulful, as you would expect, although the overall sound is a little muffled.
Florence Of Arabia is very Georgie Fame swinging jazz-style, augmented by Nick Newall's swirling, sixties-fashion flute. It is an instrumental, also featuring some excellent organ work from Money. Let The Good Times Roll is carried along by punchy saxophones and its vocals are deep and bluesy.

The James Brown Medley introduced by Money (actually I am sure it is another member of the band, possibly bassist/vocalist Paul Williams) in an American accent, for some reason, is muscular and upbeat, as you would expect, including, among others, Papa's Got A Brand New Bag, Out Of Sight and I Feel Good. Money's voice really sounds so much like Georgie Fame's, having that same, deep, smoky tone.
Mashed Potato USA is typical instrumental mid/late sixties blues/r 'n' b fare, full of swirling organ and strident saxophones. Money changes his introductory voice back to English for Sam Cooke's Nothing Can Change This Love which is delivered in a stately, slow-burning blues fashion, building to a big crescendo. Barefootin' is a rousing stomper of a closer.

This is a excellent, authentic live album from a band that became a bit of a "cult" band. They never really made it commercially, but in terms of respect and live appeal, they had something. They are still gigging today. 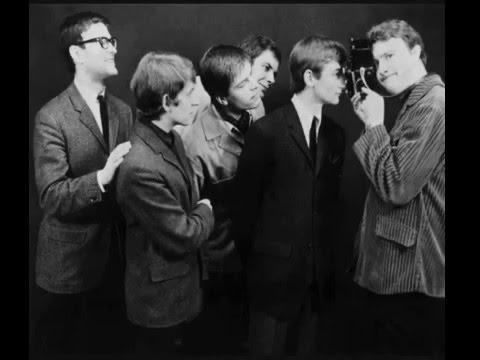 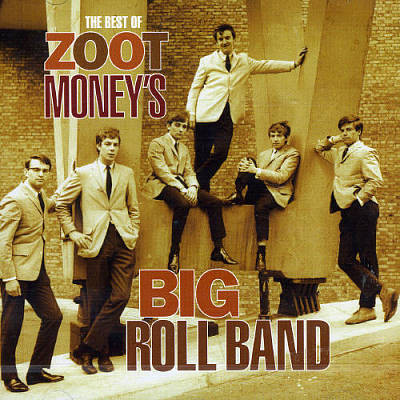 Formed in 1961, Zoot Money's Big Roll Band was led by George "Zoot" Money on his bluesy Hammond organ. The group also featured the long time before The Police, youthful Andy Summers (spelt as "Somers" back then). They dished out ebullient, punchy British r'n'b and gained a cult following and fellow musicians' respect for their barnstorming live sets. They were very much part of the mid-late sixties British blues rock movement that included The Yardbirds, The Animals, John Mayall's Blues Breakers, The Kinks, Fleetwood Mac, Chris Farlowe, Them, Georgie Fame, Rod Stewart and Eric Clapton among many others. Money had a deep, smoky Georgie Fame-style voice too. In contrast to many of their contemporaries, they also addd saxophones to their sound. You now know where Dexy's Midnight Runners got that 1979-80 sound from, just check out Big Time Operator. The sound Southside Johnny & The Asbury Jukes delivered in the late seventies is very influenced by this as well (listen to It Should've Been Me).

For many, it is felt that the group's incendiary live sets just could not transfer to the studio and to a great extent, this is true, as the group achieved little serious commercial success, yet they went down a storm live. However, the material on this substantial compilation sounds great (it does include a few live cuts too, though). It is well remastered - big, deep, warm and bassy and pounds out of your speakers. As the sixties progressed in a haze of incense, man and psychedelia, epic guitar runs and drum solos took over, Zoot Money and his band became increasingly incongruous, which was a shame as they were a seriously storming live band.

There are too many tracks here to detail each one, but highlights are the stonking Big Time Operator, The Uncle Willie, their cover of Marvin Gaye's Stubborn Kind Of Fellow and Chuck Berry's Sweet Little Rock 'n' Roller.
The instrumental Zoot's Sermon is deliciously funky, organ-wise, too, as is the jazzy The Cat.  Then there is the blues of Bright Lights Big City and Back Door Blues. In fact, you can just put any of this album on, at any point, and enjoy it all. 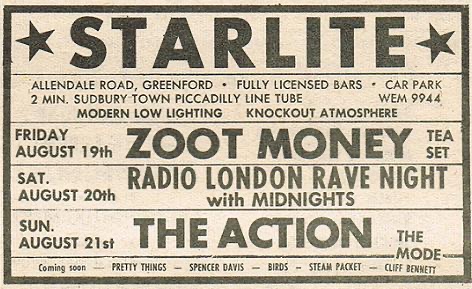