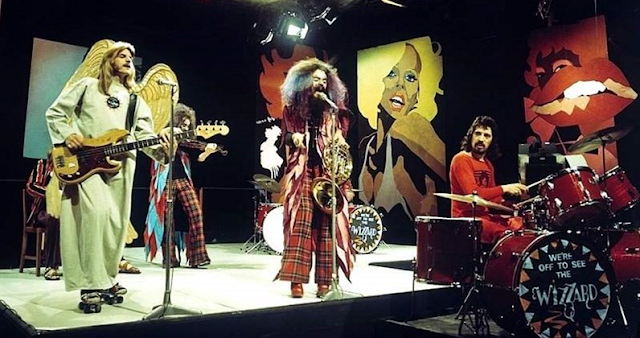 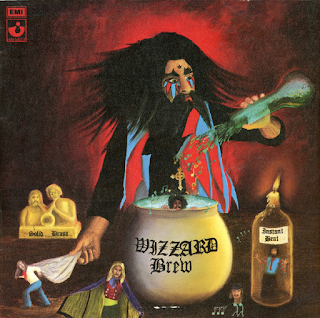 This is actually one of the seventies' most bizarre albums. Wizzard, featuring Roy Wood, had been formed upon Wood's departure from The Electric Light Orchestra and they had cut their reputation on some killer singles in Ball Park Incident, the massive number one, See My Baby Jive and the "Wall Of Sound" of Angel Fingers (which also featured on See My Baby Jive). This album was eagerly awaited from a group who were now incredibly popular with the country's teen market (such as myself). The sense of bewilderment was incredible when it hit the streets. I remember my friend buying it and we sat there, desperately trying to convince ourselves we liked it, but being thoroughly nonplussed by its six lengthy, indulgent and often frankly bonkers tracks. The sound, as on much of Roy Wood's output, is pretty awful at times, with a wall of sound-style muffled tinniness and his naturally reedy voice buried far down in the mix. This is with a remastering as well. In other ways, however, I dig it out every now and again and quite enjoy listening to it, marvelling at its utter off the wall craziness. What possessed him to commit this act of commercial suicide? Who knows? I guess with the continued success of the singles it didn't matter. I think Roy quite enjoyed the whole thing.

He must have been on something when he produced the album though, mixing rock'n'roll rhythms, heavy guitars, wall of sound layered strings and drums, boogie piano, psychedelia, deafening saxophone, ragtime jazz and even music hall into one blaring cacophony. As the album's title suggested, it certainly was one hell of a brew. It is one of the weirdest albums in my large collection, and at the end of it one is exhausted, sensorily. 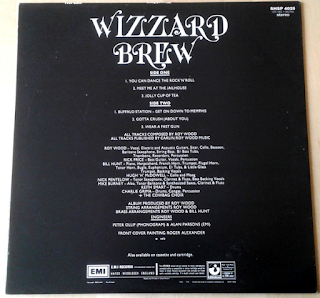 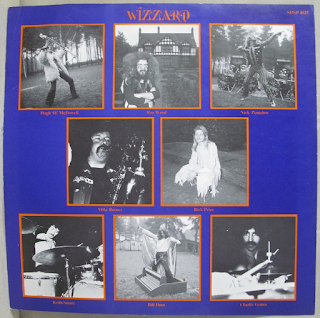 You Can Dance Your Rock 'n' Roll is probably the most obviously "Wizzard" of the album's tracks. It has a certain amount of catchiness, but also features some off the wall, quirky and thumping drum sounds, madcap early ELO-style cello riffs, some electric guitar riffs and Roy Wood's voice sounding almost like Noddy Holder in places, but nowhere near as strong. There is some crazy saxophone at the end too. Returning to the vocals, on this track as it always was, Wood's voice is pretty weak.

Meet Me At The Jailhouse is thirteen minutes of parping saxophone-introduced madcap indulgence, enhanced by some seriously heavy riffs, a bluesy rock'n'roll beat and some vocals about getting back to Birmingham and meeting at the jailhouse. Actually, it is not a bad track in parts, but it has the feeling of being an in the studio jam at the end of a session. Its guitar riffs, wailing saxophone, cowbells, thumping drums and occasional vocals go on and on. In many ways, it was a big slice of heavy rock, from a credibility-lacking "glam" rock pop group. Quite bizarre.

Even more perplexing was Jolly Cup Of Tea, written by Wood, but sounding for all it was worth like a first World War jolly marching song. Buffalo Station - Get On Down To Memphis is more of a later-era Move-style song, like Brontosaurus and California Man, but the sound quality on it is positively awful, full of hissy sonic compression and Wood's voice submerged in it all. Dreadful. It is a pity because the song had potential. It even goes all 1920s jazzy at the end, before lurching into an Elvis-style vocal. The surprises never ended. It does make you wonder that given a better production, it may have sounded so much more fulfilling. As it is, it is pretty much a discordant racket. Check out the excellent sound quality on the bonus track, The Carlsberg Special, as an example. If only the whole of this album had sounded like that. 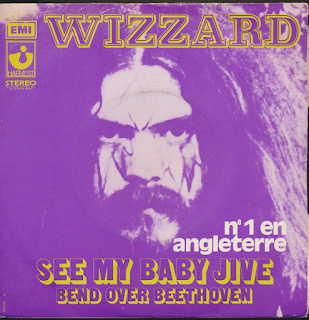 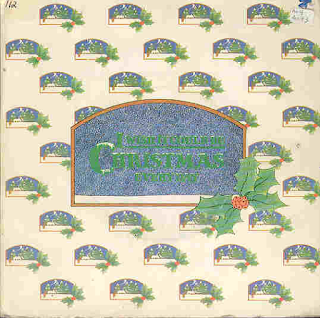 Elvis returns on the rocking Got A Crush (About You), a doo-wop, frantic fifties-style number. Four of the five songs so far have been fifties rock'n'roll influenced numbers - demented lengthy extensions of the vibe of Wizzard's singles. The final track, Wear A Fast Gun, though, harks back to the wistful English pop of The Move, although it lasts nine minutes and is full of psychedelic grooves, French horns, Beatles echoes, a neo-classical string ending and a big dose of prog-rock grandiosity throughout. Roy Wood even manages to sound like Dave Cousins of The Strawbs. All utterly uncategorisable. The album ends with strains of the hymn Abide With Me, strangely suitably. Fast falls the eventide indeed.

Thankfully the bonus remastered edition of this thoroughly enigmatic album contains the three afore-mentioned classic singles and their also indulgent, strange 'b' sides as well as that Christmas song and its 'b' side. The singles have a slightly better sound quality, although the production was still a dense, kitchen sink one. Which Wizzard do I remember? The singles one or the mystifying album one? Actually, I remember both. Probably quite rightly. 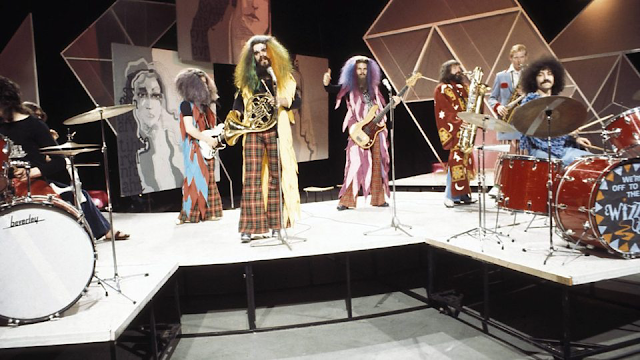