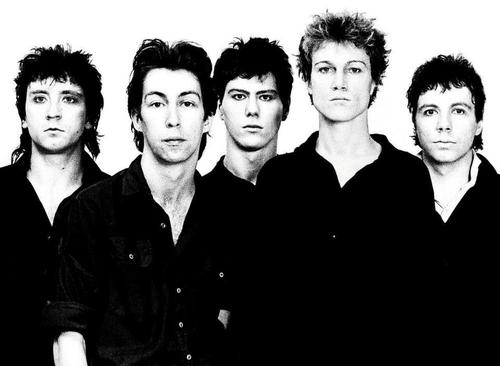 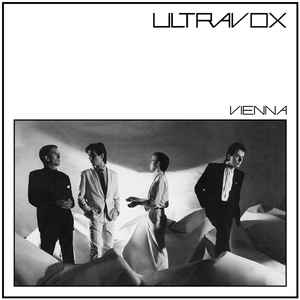 This album was the first to feature Ultravox’s new line up, with Midge Ure on vocals. It marked a change in musical direction, to a certain extent. They upped the pace, became more commercial and generated a new, more youthful, op oriented audience. They did not leave the earnest, sombre post-punk-isms behind completely though, and this is, in many ways, quite a brooding, Eastern European-Influenced album, with lots of Krautrock atmosphere and instrumentation.

Astradyne is a lengthy, pounding drums and synthesiser-keyboards introduction to the album. Some Celtic-style violin sounds swirling all around and some early Roxy Music-influenced saxophone. It is dark and somnolent, yet vibrant and uplifting at the same time. Its position at the start of the album seeks to dispel any thoughts of Ultravox just being a commercial, singles band. This is quite credible stuff.
New Europeans is a thumping, electronic rocker with a sonorous Midge Ure vocal and some risqué lyrics. It has David Bowie’s “Heroes” all over it, instrumentally. Some excellent piano right at the end of it, too.
More impressive piano introduces Private Lives before some punchy drums kick in. Proper drums too. Not much synth drum despite the contemporary trend. This is a classic brooding post punker, as opposed to a New Romantic number, to be honest. Far darker than some of New Romanticism’s finery. It all has that bleak, Berlin atmosphere like Bowie’s “Heroes” had. No coincidence that the cover was black and white. The track fades abruptly into an upbeat, crunching instrumental last part. 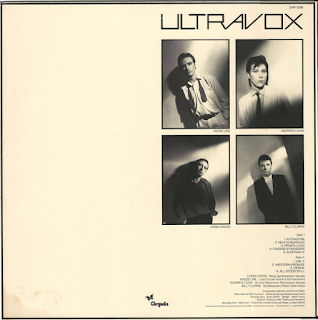 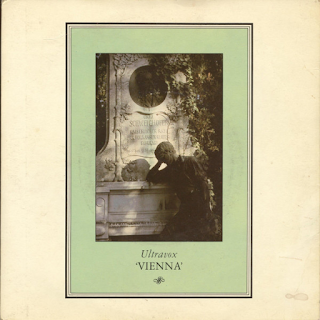 Up next is the solid rhythm and mysterious keyboard swirls of the catchy Passing Strangers. It has a insistent, Krautrock-ish beat. Very Kraftwerk. Great bass line on it too. Sleepwalk is more Teutonic-influenced, frantic electro-rock. These tracks are all very addictive. This is not a bad album at all.
If you thought it couldn’t get any more Kraftwerk, the mysterious semi-instrumental Mr. X does just that. A few mumbled vocals over a dull synthesiser riff. All very Cold War.
Western Promise continues the eerie trend with some inscrutable lyrics and strange sounds.

Then comes the big one - the melodramatic, grandiose sweep of Vienna. Yes, it has been heard a hundred times but it is still magnificent, with a superb chorus. Those drum beats and synth notes at the beginning are instantly recognisable. So nostalgic.
All Stood Still was also a single, and had an upbeat, lively post punk/New Romantic electronic backing. There is some excellent guitar chopping parts in places. As I said, not a bad album at all, certainly more than just a commercial “New Romantic” album. It has hidden depths, for sure. 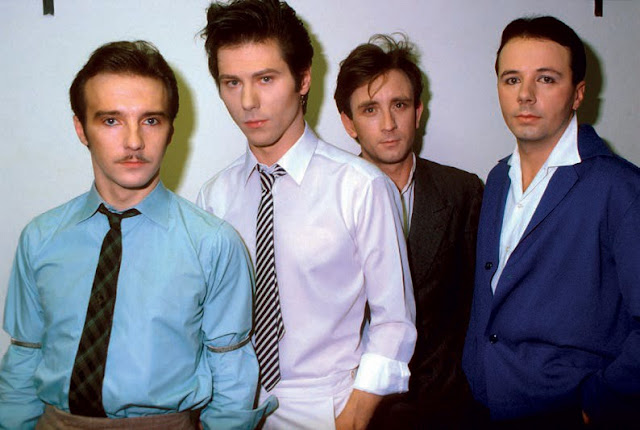 Acknowledgement must be given to the influence of David Bowie "Heroes" (click on the image) :- 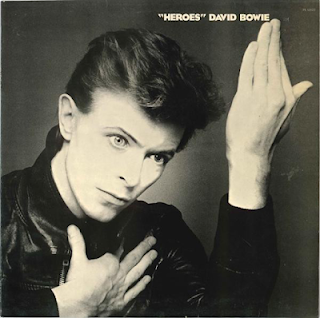