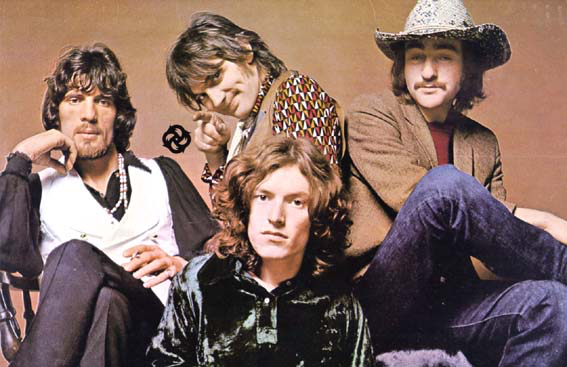 The albums included here are:- 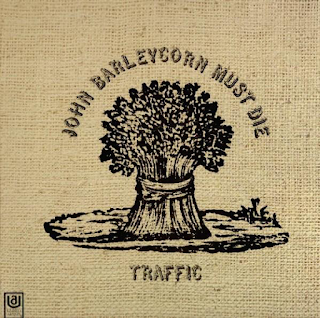 1. Glad
2. Freedom Rider
3. Empty Pages
4. I Just Want You To Know
5. Stranger To Himself
6. John Barleycorn
7. Every Mother’s Son
This album came about after the demise of “supergroup” Blind Faith had left Steve Winwood at a something of a loose end. Traffic, having laid in the parking lot for well over a year, suddenly found themselves reforming. Initial work with madcap producer Guy Stevens was shelved and previous producer Chris Blackwell was brought back on board, together with drummer Jim Capaldi and reedsman Chris Wood. Traffic were reborn, almost by accident.

What resulted was the group’s first foray into extended jazz rock, something that would continue over the next few early/mid seventies albums. The tracks were longer (only six on this album), musically inventive and the group showed no interest in hit singles. The album is also notable for its incongruous folk venture on the title track, John Barleycorn, which, impressive although it clearly is, sits completely at odds with the rest of the material. All of a sudden, Traffic sounded like Fairport Convention, Steeleye Span or Pentangle. They never did anything else like it. It is a beautiful song, packed full of folky atmosphere.

Glad is a quirky and catchy instrumental that, although it features some jazzy saxophone, harks back somewhat to the group's 1968 work. The track has often received airplay as backing music over the years, particularly its rolling piano break. Its loose, attractive rhythms are a pleasure from beginning to end and it was pretty influential - you hear snatches of other tracks in it. Well I do anyway. 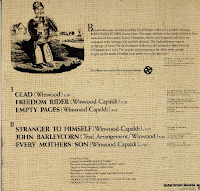 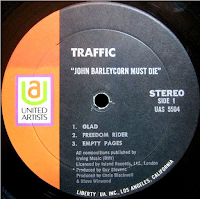 Freedom Rider is the sort of track that would become typical of Traffic's early/mid seventies output, Winwood's distinctive voice floating above a funky flute and saxophone backing, all held in place by Jim Capaldi's solid drumming. Paul Weller's first solo album references this a lot. Also, listen to that saxophone around at 3.40 and tell me you don't hear hear Roxy Music's Andy Mackay from their first album. Once again, this was influential stiff.

Empty Pages is a chunky, solid bluesy sort of number with a real atmosphere to it and a great rumbling but melodic bass sound too. It features excellent drum, piano and bass interplay and Winwood's vocal is really soulful on here. Stranger To Himself has some of the Eastern sounds in its intro that were so popular in the late sixties/early seventies. It also has some bluesy guitar and a bit of a funk rock feel to it in places. Every Mother's Son has a muffled, anthemic sound to it and it comes as no surprise to me to learn that this was a song worked on with Guy Stevens (the other was Stranger To Himself). It brings to mind Mott The Hoople's No Wheels To Ride, a track Stevens also produced. Listen to that organ, it could almost be Verden Allen.

This was a fine album and one that was a clear bridging point in Traffic's career as the seventies began. 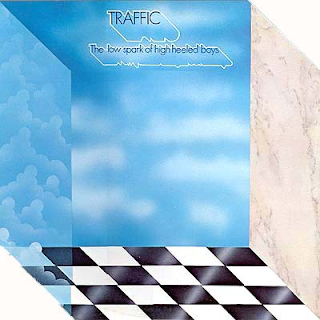 As with other 70s Traffic albums, The Low Spark Of High Heeled Boys featured different forms and offshoots of rock including jazz rock, progressive rock and often a melodious, funky bass line. Saxophone and piano abound, backing the now usual perplexing Pink Floyd influenced lyrics.The opening track, Hidden Treasure as with a fair few others, features some Jethro Tull-inspired flute amongst other flawlessly played instrumental passages. The sound quality on these recordings really is outstanding.

The Low Spark Of High-Heeled Boys is an eleven minute tour de force, featuring some intoxicating saxophone, addictive bass lines, seductive congas and some piano breaks that surely influenced Bruce Hornsby nearly twenty years later. As with many of these extended Traffic songs, the lyrics are just incidental, rather like on some Santana tracks from the same period. Or indeed the jazz rock of Chicago or Blood, Sweat & Tears. They just waft in and out of the tracks, like an instrumental solo. 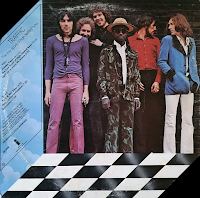 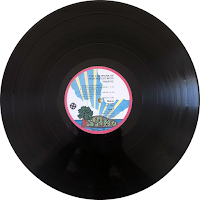 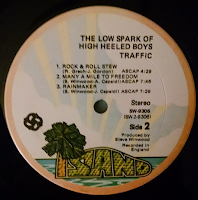 Light Up Or Leave Me Alone features some bluesy guitar breaks and a more blues rock/funk groove than the previous tracks. Again, Ric Grech’s bass is excellent, along with some stunning guitar at the end. Rock n' Roll Stew is a slow burning, insistently rhythmic rocker with some potent drumming on it. It is probably the most conventional 70s “rock” number on the album, but even this has its bluesy moments. Many A Mile To Freedom is a laid back number with some excellent guitar parts either side of those vocal periods.

Rainmaker sees the flute return in an ethereal opening that puts one in mind of Fairport Convention. All a bit folky/hippy, though, with lyrics about the rain “making all my crops grow” and the like. Once again, though, one can just concentrate on the fabulous guitar/saxophone fade out, which sounds just like one used by Paul Weller on his 1993 debut album.

Someone said at the time that Traffic were “relaxed and exciting at the same time”, which would seem to be a perfrect way of describing their 70s output. You can listen to this over and over and still find new bits to appreciate. 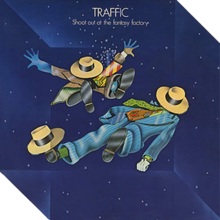 The opening track, Shoot Out At The Fantasy Factory is a marvellous, pulsating piece of Santana meets Hendrix and they do some blues rock, while asking for some Jethro Tull-inspired flute. Great stuff. The also Jethro-Tull-ish Roll Right Stones (in places) lasts a full thirteen minutes, but it retains a unique feel with its fantastic bass and conga interplay. You have to say that Traffic overdid it a bit with sprawling workouts like this, but it was within the spirit of the age in 1973, at least some of it. Traffic avoided some of the worst excesses of “prog rock” by never going down the road of fairies and fantasies, lyrically and by always paying homage to funk, conga-driven rhythms and addictive bass lines. There is a touch of Pink Floyd about parts of Roll Right Stones, however. Despite its nearly twelve minutes, however, it never gets tiresome. What you always got from Traffic was high quality musicianship. This album, although not seeming to be as critically acclaimed as others, is no different. Listen to some of the guitar and organ interplay on Roll Right Stones, then the congas and piano and saxophone at around nine-ten minutes in. 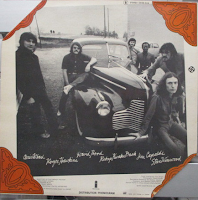 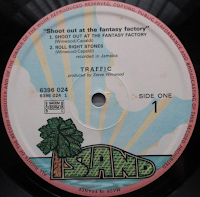 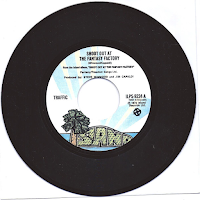 Evening Blue is a lovely, immaculately-played bucolic number that 1990s-era Paul Weller would have loved, and probably did. Lovely laid back saxophone solo in it too. Tragic Magic is a saxophone-dominated instrumental that sounds as if it would be a good backing track for a soul/rock outfit like. Traffic were definitely always on the rock, funk and soul side of things. The final track, though, (Sometimes I Feel So) Uninspired, sees Traffic at their most Pink Floyd-esque with an introspective, self-pitying number. Great backing on it, though, as always. 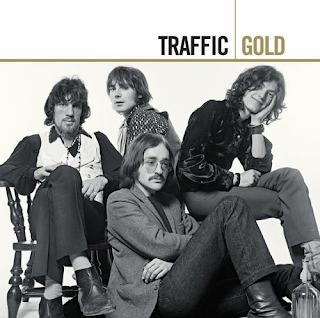 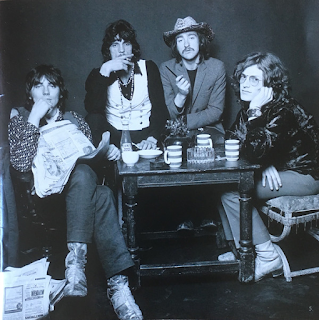 This is an excellent compilation covering Traffic's output from the late sixties psychedelic/folk rock period to the funky jazz rock, slightly prog-rock-ish extended grooves of the early-mid seventies. The years concerned are 1967-1974. The sound, as if often the case on these "Gold" compilations, is absolutely superb, remastered, bassy and in excellent stereo.

The sixties material includes druggy, trippy numbers such as Paper Sun and Dealer, with its frantic bongos, flutes and typically psychedelic vocals. Coloured Rain pretty much sums up the kaleidoscope feel of the age, man. Hole In My Shoe was a big hit, with its Eastern percussion and guitar and bizarre, detached vocals about a shoe letting in water. It is such an evocative track of its age. I remember as a kid being quite fascinated by its sound. The plaintive No Face, No Name, No Number is also a very nostalgic late sixties number, again full of those contemporary Eastern influences that seemed to be almost compulsory at the time. You can really hear the inventive, experimental nature of the group's music in Heaven Is In Your Mind. Yes, it is all a bit late sixties, dreamy-style, but there is some serious adventurous instrumentation in tracks like this. The guitar at the end is not the first time I will mention Paul Weller, who must have listened to this before writing Can You Heal Us Holy Man in 1993. Smiling Phases perfectly mixes hippy sixties rock with soul, exemplifying what made Traffic stand out from the crowd. They married all sorts of styles.

Feelin' Alright showed the band's desire to produce some funky edges to their rock. You Can All Join In is lyrically not the best, but the guitar sound is excellent. Pearly Queen had touches of late sixties/early seventies blues rock, and featured some serious heavy guitar soloing too. Dear Mr. Fantasy showed the first touches of that extended, bassy and soulful rock that would so influence artists like Paul Weller many years later. The same applies to Who Knows What Tomorrow May Bring, with its jazzy touches and swirling melodic organ together with a Stax-y soul vocal. 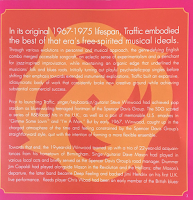 The seventies material includes the funk rock of Light Up Or Leave Me Alone, the solid, funky, inventive rock of Rock & Roll Stew, title tracks from the albums The Low Spark Of High-Heeled Boys and Shoot Out At The Fantasy Factory. Rainmaker is very "proggy" in its lyrics and vocal delivery, also in its Jethro Tull-ish instrumentation, with flute to the fore. All very dreamy and trippy. Some Doors influences in there too. You can again hear the style Paul Weller would be influenced by so much in Empty Pages. Weller was also highly influenced by tracks like Glad for his Café Bleu Style Council material in 1984.

There is also the authentic folk of John Barleycorn Must Die and one of my favourites, the catchy, organ-driven slightly Dylanesque and wonderful Walking In The Wind. Overall, this is a highly recommended collection of excellent material from this influential band that straddled the musical changes of the late sixties and early seventies with confidence.