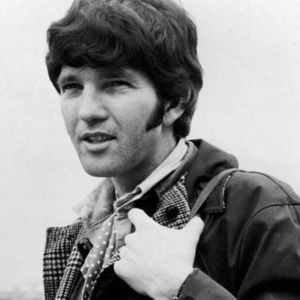 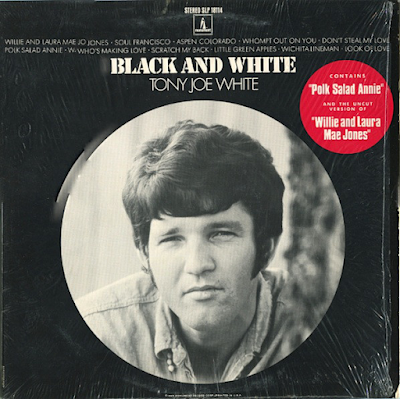 This was the debut album from genuine Louisiana po'boy Tony Joe White. He really did grow up in the cottonfields and the bayous, cookin' up a mess of polk salad and watching out for them gators. It is a wonderful, atmospheric mix of blues, blues rock, funk, soul, swamp rock. The sound on this latest edition is outstanding - great stereo, warm bass and clear reproduction. White has a great (forgive me) white soul voice and he knows how to tell a tale. The first half of the album are White's songs and the second half are covers, mainly of soul songs done in his swamp style. In that respect it reminds me a little of those Four Tops albums where the first half was classic Motown, the second made up of covers. For me, although he covers the songs very impressively, the best material is his own swamp rock fare at the album's outset.

Willie And Laura Mae Jones is a sort of Ode To Billy Joe-style real life tale of poor country folk, referencing cottonfields and growing corn. It has a strong lyrical narrative and intoxicating backing, with some great fuzzy guitar at the end. The sound quality is excellent.
Soul Francisco is a short but incredibly funky little number that ends far too soon. On it, White wonders about all that hippy stuff in San Francisco, a place he has never been.
Aspen Colorado is an evocative, soulful ballad. He probably hadn't been there either. Once again, the sound on it is crystal clear.
Whompt Out On You is a swampy, funky and lively number with White doing his best Elvis. The vocal interplay with the drums is superb. Then the blues guitar comes in as Tony whoops it up. Great stuff.

Don't Steal My Love ploughs that bluesy but funky vein again - wah-wah guitar all over the place.
Polk Salad Annie was, of course, made famous by Elvis's version. This is the original. Elvis even used the same spoken intro and mid song interjections - " a mean vicious woman...." and so on. For years I only knew and loved Elvis's version. A pity, because this is the business. From now on, the songs are covers, no longer White originals. He now explores soul music. The soul strut of Who's Making Love was also covered by Johnnie Taylor on the Stax label.
Scratch My Back is an Otis Redding song. White gives it some real funk. The moving ballad Little Green Apples was previously done by The Temptations. On all these numbers, White sounds so convincingly black. On Apples his voice shows just what a good country singer he was too. This also applies to his version of Glen Campbell's Wichita Lineman. Bacharach/David's The Look Of Love is dealt with in perfect crooning, easy-listening style too.

Georgia Pines is a bit cheesy in an Elvis sort of way and Ten More Miles To Louisiana is a jaunty piece of country pop. By the end of this album I am really missing that early swamp fever of is first half. It is a shame it sort of "sold out", just a little, as it progressed. It is still a highly listenable album all the same.
I will link Tony Joe with Elvis, easy one that, possibly :- 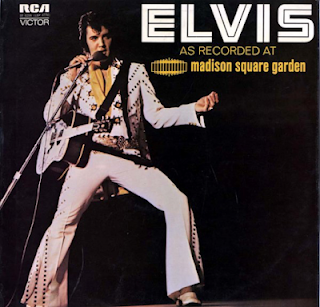