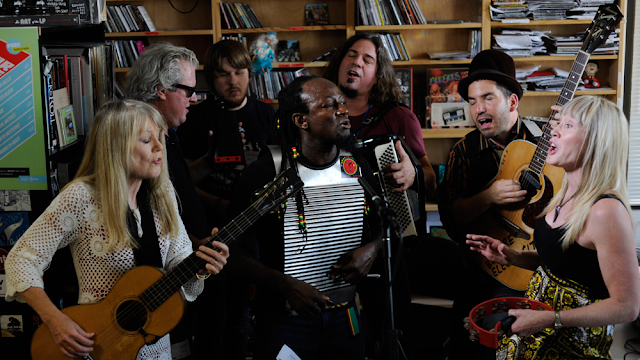 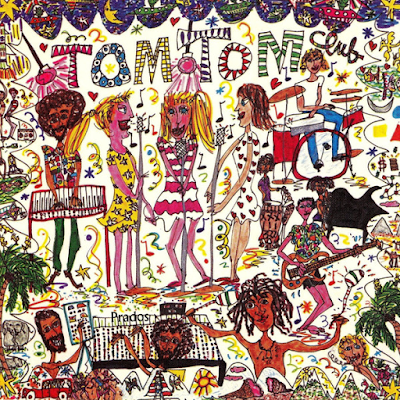 Recorded in Barbados, Talking Heads husband and wife rhythm section Chris Frantz and Tina Weymouth took time out from their arty, intellectual main band, roped in Tina's sisters and guitarist Adrian Belew and produced a quirky, good-time rap and dance album. It is far more than a throwaway album, however, marking the point where New York arty new wave fused with the relatively new hip/hop street sounds. Blondie had dabbled similarly in 1979-80, but this went the whole hog. Tape loops, repetitive bass lines, intoxicating percussion all combined perfectly and were much sampled by subsequent eighties artists. This was "art-dance" at its most prototype.

Wordy Rappinghood utilised that Blondie-style white rapping style, with deadpan female vocals, even going into French, which no doubt appealed to Parisian clubbers.
Genius Of Love has even more cold, lifeless detached vocals, but they were very much de rigeur, and therein lies its appeal. The bass line just thumps deliciously along. "We went insane when we took cocaine..." the girls intone, along with name checking Hamilton Bohannon, Kurtis Blow and James Brown. It morphs into the short, instrumental Tom Tom Theme seamlessly, without one really noticing the divide. 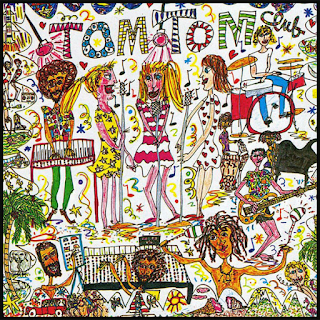 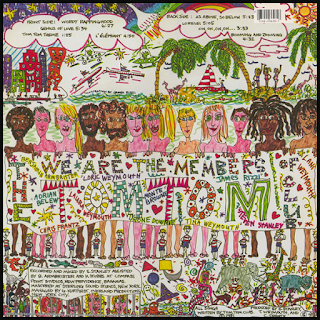 As Above So Below just gets into a groove and stays there, with a dully chanted refrain and addictive rhythm. The siren-like female vocals return to entice us on the seductive Lorelei.
On On On On... is a sort of spacey call-to-arms to I'm not quite sure what. Its beat surely influenced The Human League's output over the subsequent years. Its remixed version on the "deluxe edition" is deliciously upbeat and riffy.
Booming And Zooming doesn't buck the general ambience very much. The feel of the album was laid out firmly from the first notes.
** The non-album single, a cover of The Drifters' Under The Boardwalk has a strange, deadpan appeal.

While after listening to the album's original eight tracks I have probably sated my appetite somewhat for this detached, cool dance fare, I cannot deny the cultural importance of this piece of work. It laid the foundations for so much eighties dance/club oriented material. 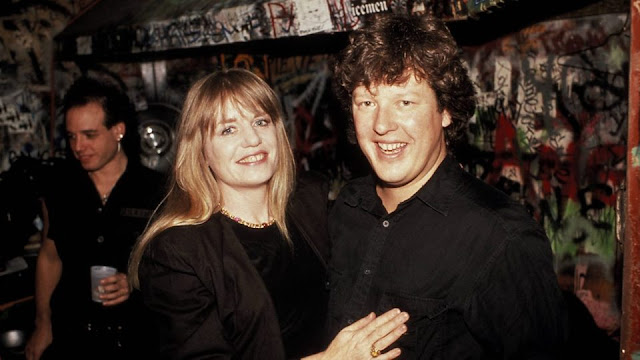 Talking Heads reviews can be found here (click on the image) :- 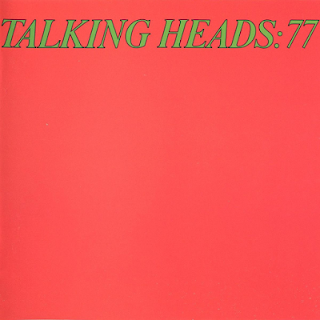