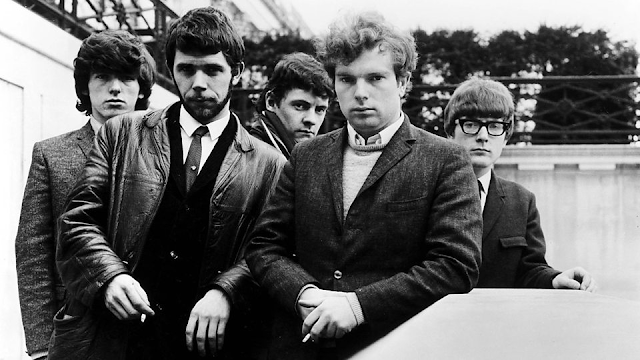 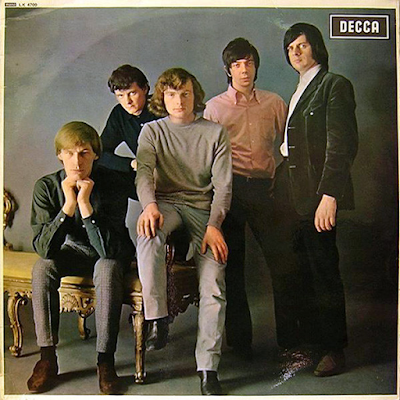 Up there with The Rolling Stones, The Yardbirds, The Animals, John Mayall - Northern Ireland's Them were as good a British blues band as there was. This was their debut album.

Two great single tracks, Baby Please Don't Go and Here Comes The Night were not included as it was not the practice to put singles on albums so we got a short, ten track album without them. It doesn't suffer in quality, though. The sound is in superb, speaker shaking mono, forcefully sending a thumping, bassy sound right from the middle of your two speakers.

Mystic Eyes is a great opener. If You And I Could Be As Two has a slightly self-conscious spoken intro before becoming a very Rolling Stones-ish track. Little Girl is a thumping, lascivious song in praise of a schoolgirl. That was perfectly ok in 1965. It has some Animals-style organ and some bluesy spoken vocals half way through.

I Gave My Love A Diamond is another one with real echoes of the early Rolling Stones material, both in the guitar sound and vocals. Even the album's cover looked like The Stones' "England's Newest Hitmakers" album. The sound on this one is excellent, really powerful too. A real delight to listen to.

Then we get Gloria. Them's bluesy-voiced young singer, a guy by the name of Van Morrison, still performs this live all these years later. This was Them's finest moment. Of course, Morrison went on to have huge success as a solo artist, but these two and a half years with Them sowed the blues seeds into a furrow he would continue to plough for fifty more years plus.

You Just Can't Win has shades of The Animals' House Of The Rising Sun about it in its guitar line. In the lyrics, they sing about Camden Town, Park Lane and Tottenham Court Road, rather like The Stones sung of St. John's Wood, Stepney and Knightsbridge. Another clearly Stonesy number is Go On Home Baby. If I didn't know this was Them, I would almost think it was The Stones.

Don't Look Back features a keyboard sound that Them would use quite a lot, also on their cover of Dylan's It's All Over Now Baby Blue. It is here that Van Morrison's voice finally sounds like Van Morrison more than anyone else, not Mick Jagger, not Eric Burdon. He is starting to form his own distinctive sound here. Admittedly he had done so on Gloria and on the two afore-mentioned singles, but there were definitely some where he sounded like others, so it is good to hear him developing that great Van voice for the first time. 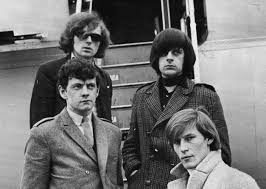 I Like It Like That is back to The Stones-influenced sound. I'm Gonna Dress In Black has that swirling Animals-style Rising Sun organ.
Just A Little Bit is a rudimentary blues rocker based on a simple riff. They use saxophone on it, though, which was quite rare for these r'n'b groups. Morrison always liked the sax, and he always loved jazz, so that may account for it.

Bright Lights Big City is one that sounds pretty authentically "Them", and it features some excellent guitar/organ interplay.
My Little Baby is a bit of a Here Comes The Night remake. Their cover of Route 66 is rocking and a great listen, but so close to The Stones version that again makes you think it's actually them.

I have to say that quite a lot of this album is pretty derivative of other's material. It is a still an impressive debut album though and showed that the band had something, as certainly did their singer. 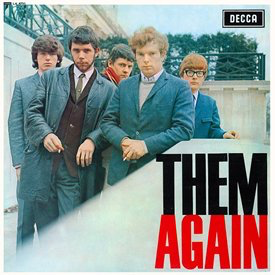 Them's second album, and last with Van Morrison, saw the group in a sort of state of flux, with members coming and going. Morrison was the constant at the time, and the album is basically a vehicle for his increasing developing voice and persona.

The album is more of the same straight up r 'n' b that we got on the debut album, but here the group are forging more of their own sound, as opposed to sounding just like the early Rolling Stones or The Animals. Could You Would You (later covered by Willy De Ville), is a good example of Them having their own, more unique sound.
Something You Got continues in that vein too, featuring saxophone, which was something many of the other contemporary r 'n' b groups did not do.

Call My Name, though, it has to be said, is very Animals-like. Turn On Your Love Light has Morrison in complete control, vocally, on an upbeat number, while I Put A Spell On You saw Morrison ploughing the jazz blues furrow that would serve him so well. Many other groups didn't tackle this sort of material. Morrison was prepared to go down the jazz/saxophone/laid-back blues route and he developed his own identity in doing so. 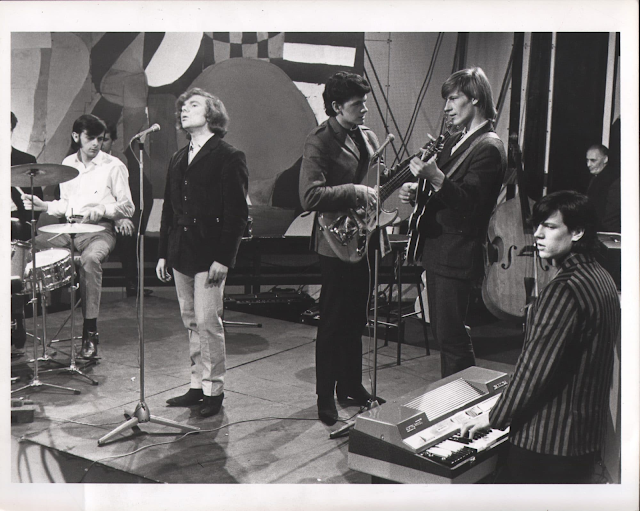 I Can Only Give You Everything employs a fuzzy, Stonesy riff and has Morrison in Jagger-esque vocal mode. It even has a lyric that echoes Satisfaction in the repeated "I try, I try" bit.
My Lonely Sad Eyes has hints of The Stones' Ride On Baby, but Morrison's voice is so good on this one that he makes it his own. Ray Charles' I Got A Woman is another pointer to the sort of jazzy blues that Them liked to cover. They do it energetically too. Out Of Sight is a slab of rock 'n' roll blues. Again, Morrison makes this his own, enhancing it with some great saxophone. The lively, jazzy influence can be heard again on the infectious Hello Josephine and the smoky, piano-driven Don't You Know.

Their Dylan cover, It's All Over Now Baby Blue, is so good as to be almost definitive. Bad Or Good is a lively bit of rhythmic, singalong r 'n' b. You get the picture by now. The rest of the album follows the same path.
One notable exception is the floaty, jazzy blues of Hey Girl on which the flute is used. This is the first direct antecedent of the sort of thing that would appear on Morrison's Astral Weeks album two years later.

In fact, the two tracks I haven't mentioned are the standard r 'n' b of How Long Baby and the effervescent jazzy rock of Bring 'Em On In, which has Morrison singing in that ad hoc style that sees him controlling the band, effortlessly. Something we would come to know and love over the many subsequent years. 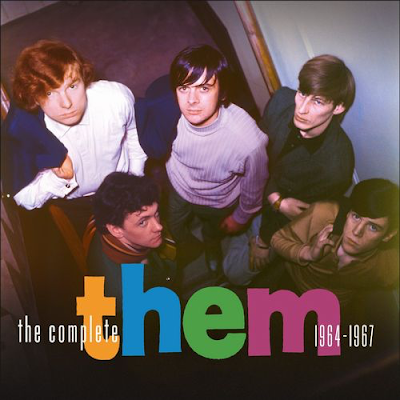 This excellent compilation covers the "Van Morrison years", before he left this Northern Irish r'n'b group to pursue his solo career. Most of it is in a glorious, full, bass mono sound and shakes your speakers with its punch.

The compilation covers firstly - the singles and 'b' sides that were not included on albums, including rarities like the excellent One Two Brown Eyes and the hits Baby Please Don't Go and the wonderful Here Comes The Night; secondly - the two Morrison albums - The Angry Young Them and Them Again and thirdly; some live cuts from BBC sessions, all of which are good in their sound quality, and some other tracks that didn't make it on to albums, like the impressive Mighty Like A Rose (which features stereo sound), and several "alternative takes" of the earlier album tracks.

This release gives you pretty much everything you need from Van Morrison's period with this influential and adventurous group. Yes, they leant heavily on Rolling Stones and Animals influences, particularly on their debut album, but they also forged a unique sound themselves - utilising jazzy sounds, saxophones to deliver a style of  r 'n' b that was quite unique and considerably different in many ways to that of their many contemporaries.