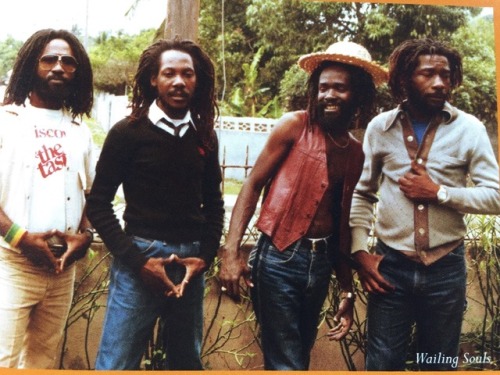 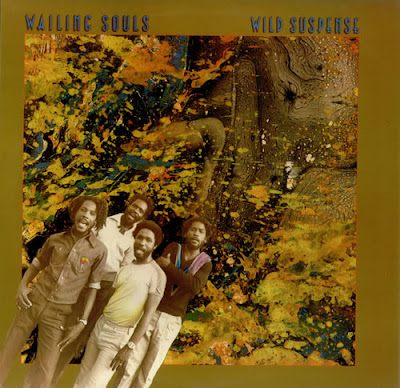 This was The Wailing Souls' debut album, from 1979, and it is a most appealing one. Released as it was at the height of deep, dubby roots consciousness it is actually quite commercial, almost poppy in places, with musical/vocal echoes of Gregory Isaacs, Peter Tosh, Bunny Wailer, Aswad and Bob Marley in plentiful supply throughout. It is lively and energetic and is a bit of an undiscovered little gem.

Row Fisherman approximates its title from The Congos' Fisherman, but it is a much lighter, livelier number than that song, with a very Gregory Isaacs-esque vocal and a delightfully melodious skank. For a 1979 song it is noticeably fresh and breezy as opposed to deeply rootsy.

Slow Coach is a staccato, bassy groove with harmonious hints of The Abyssinians, The Gladiators and The Mighty Diamonds about it while We Got To Be Together is a very later era Marley-esque number. Feel The Spirit is the rootsiest cut thus far, but it is a captivating upbeat one featuring more Marley vibes.

Bredda Gravalicious has some appetising percussion riddims on it and a righteous Peter Tosh-style feel to it. It also brings to mind the lesser known material on Bob Marley's Exodus album like So Much Things To Say and Guiltiness. Wild Suspense is another appealingly lively and melodious groove and They Never Know has a brassy poppy swing to it with another Marley-influenced vocal. The "ba-ba-ba" vocal bit sounds almost like a sixties pop song.

Black Rose has a fine bass line and another catchy vibe while Something Funny has an infectious, rootsy beat. It has a bit of a Third World sound to it. The lengthier and rootsy Very Well ends this enjoyable reggae album in similar devotional fashion. Check out that brass and bass. Great stuff.

There is nothing particularly earth-shattering about this, in the broad scheme of things, but it is well worth half an hour of your time all the same, every now and again. I really like it.

** The non-album dub bonus material is excellent too. 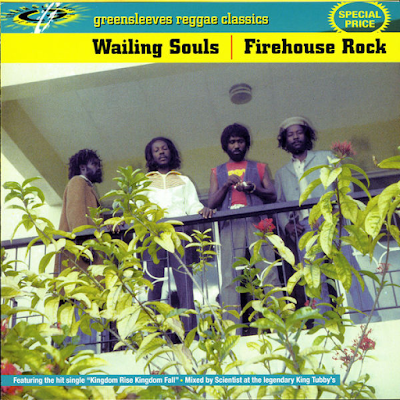 This album dates from 1982, which was considerably late in the game for the cultural roots consciousness sounds that it gives us. Bands like Culture, The Gladiators, The Mighty Diamonds and Burning Spear had been putting out laid-back, organ and brass dominated righteous material since the mid-1970s. Even by 1980, bands like Black Uhuru were coming out with a heavier, more militant, more thumpingly bass-heavy style. Either that or there was the lyrical “slackness” of General Echo. So, it is surprising that The Wailing Souls released what was really, even by 1982, such a comparatively “retro” album. It somehow already sounded delightfully nostalgic.

Either way, it is excellent. Backed by The Roots Radics rhythm section, the vocal delivery is as harmonious as you would expect. The rhythms are peerless, full of brass backing and a big full, melodic bass sound. The lyrics are devotional, as you would expect, but the ambience is laid-back and chilled. 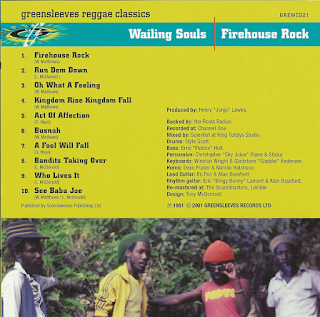 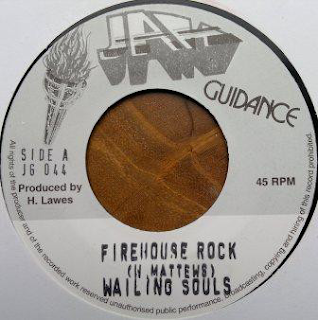 The songs
Firehouse Rock is a strident, brassy opener with a great vocal. The soulful Run Dem Down is even better and Oh What A Feeling is incredibly catchy, with a stark, bassy dub-like rhythm.

Kingdom Rise Kingdom Fall is a big, bassy piece of devotional slow-paced, almost dubby groove. A Fool Will Fall is quite Marley-esque in places.

Bandits Taking Over is probably the most addictive and catchy number on the album. Great vocals on it and some tenor (?) saxophone, it would seem.

Who Lives It has a soaring, powerful "woh-yoy" vocal and some sumptuous brass parts, swirling organ riffs and a lovely dubby bass right at the end.

Busnah is an excellent, rumbling, upbeat groove, as also is See Baba Joe, which has some intoxicating bass work near the end. Check it out.

This is possibly one of the last great “roots” albums. As with the group's debut album, it is always a half-hour well spent when I re-visit it.