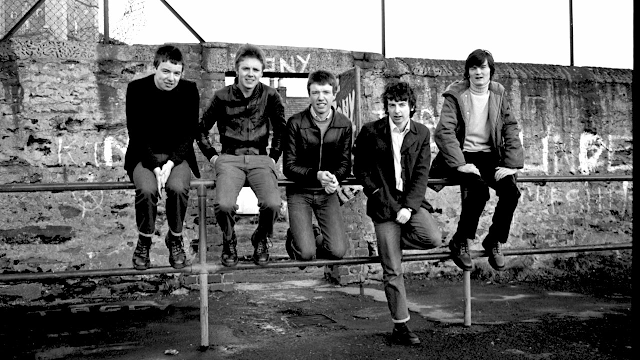 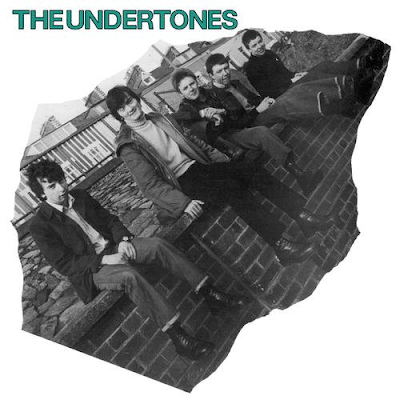 I was slightly harsh on The Undertones when reviewing True Confessions (Singles A's & B's), dismissing The Undertones as naive youths playing in the big boys' world of punk and being totally unconvincing. Some of that still stands. They were certainly not credible in the punk rock authenticity stakes, however, listening their debut album again, I have to admit to enjoying it quite a lot.

At the time I had no time for The Undertones, despite liking Teenage Kicks as everyone did. I felt they were drippy, pallid youths who had no place in the aggressive, snarling punk scene. This album, although somewhat late in the chronology of punk was a good one. It drips with youthful vitality, and this 2016 remaster has a crystal clear guitar sound, pounding drums and a lovely, deep rumbling bass sound. There is one great track after the other at the start - the cynical, wryly witty romp of Family Entertainment, the wonderful thump of Girls Don't Like It, the witty Male Model, the Ramones-like I Gotta Getta and, of course the glory of Teenage Kicks. (Actually, if you want the original track listing, go for the 30th Anniversary Edition, which doesn't have Teenage Kicks included in the album, as it wasn't. It is included at the end. The sound seems to be not any different to the 2016 remaster anyway, just as good). 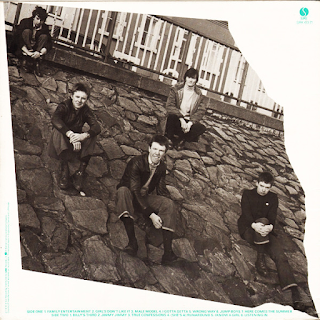 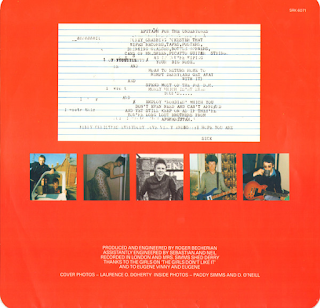 The two other singles, the catchy Here Comes The Summer and the riffy Jimmy Jimmy are great too and Jump Boys even has a convincing bass solo. True Confessions is almost Magazine-like in its post-punkery.
Get Over You is a glorious slice of rousing fun, possibly my favourite on the album. (She's A) Runaround is another piece of breakneck pleasure too. All very enjoyable. Much, much better than the singles compilation, probably due to the lack of the irritatingly short tracks they used to issue as "b" sides (47 seconds was one of the worst offenders). An impressive debut album, but, by May 1979, a bit out of time. 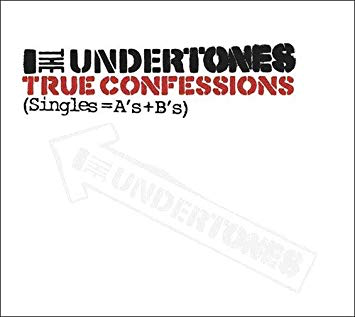 I have to confess that at the time I was not a huge fan of The Undertones. There were many punk groups I preferred. I found their teenage naivête a bit irritating. I was pretty much on my own, as everyone seemed to think they were great. To me, they were plastic punks - smirking, callow youths trying to play with the big boys. There was always something unconvincing about them. Mick Jones, Joe Strummer, Paul Weller, Steve Jones, Jean-Jacques Burnel, Patti Smith, Dee Dee Ramone, Siouxsie Sioux and....the O'Neill brothers and Feargal Sharkey. Incongruous? Not half.

Of course, Teenage Kicks was a great track - great riff, great lyrics. Superb song. I'll give them that.  The others have their appeal too - two/three minute breakneck teenage angst anthems with killer guitar riffs and a surprisingly deep, rumbling bass sound.
Get Over You is a good one, as is Emergency Cases. Feargal Sharkey's nasal, Northern Irish voice has a quirky appeal as do the O'Neill brothers' rock 'n' all-style harmonies too. The other hit singles all have their attractions as well - Jimmy Jimmy, the amusing but silly My Perfect Cousin, the singalong Here Comes The Summer and It's Going To Happen, from the later period, when they tried to show that they were more of a "serious" band. 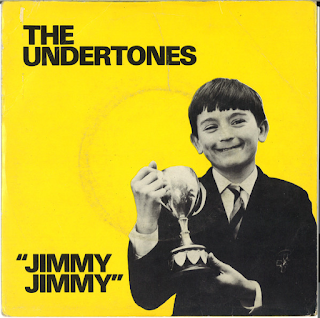 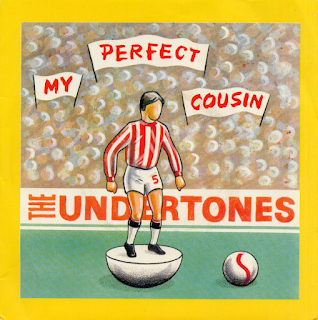 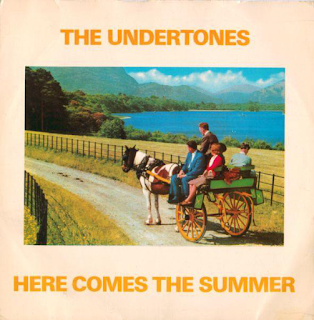 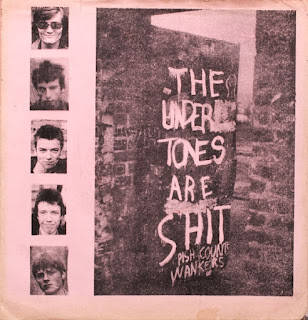 Really Really is so redolent of the Dave Clark Five it was hardly something one expected of a so-called "punk" band and tracks like the incredibly short She Can Only Say No are a waste of time, however wryly amusing they are supposed to be.

Top Twenty appropriated T. Rex's Solid Gold Easy Action. You've Got My Number (Why Don't You Use It) is an enjoyable Dr. Feelgood-esque bluesy rocker, however.
Let's Talk About Girls is another lively one, with Sharkey trying to sound clumsily and bleatingly like Lee Brilleaux. I do quite like it though, particularly its guitar/bass interplay bit at the end. Hard Luck has a big, thumping drum sound too. I Don't Want To See You Again is 47 seconds of Ramones imitation.

Let's be honest, The Undertones were certainly no punks, despite the riffs and fast pace. To me, they just seemed like a bunch of silly lads in parkas having a laugh. I wanted to hear Stiff Little Fingers ranting about "the RUC dog of oppression..", The Clash barking about being a garage band, The Ramones talking about being sedated or The Jam going down in the tube station at midnight, not The Undertones singing about Mars Bars and Twix. Hardly something to pump my fist to. If I wanted "perfect pop" I chose Blondie. Sorry to all the many Undertones fans out there, of who there are still lots. It's just me, they just never did it for me. I still own this double CD though! To be fair, stick it on for half an hour and you will enjoy it. Far more enjoyable, though, is their thoroughly enjoyable debut album, The Undertones, which is far better than this, I have to admit. No short waste of time "b" sides on it. 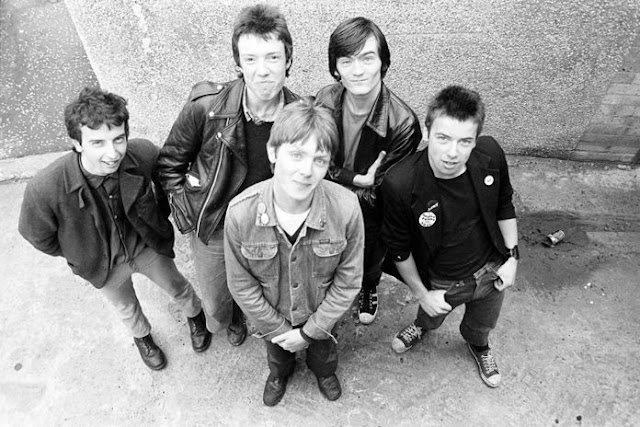