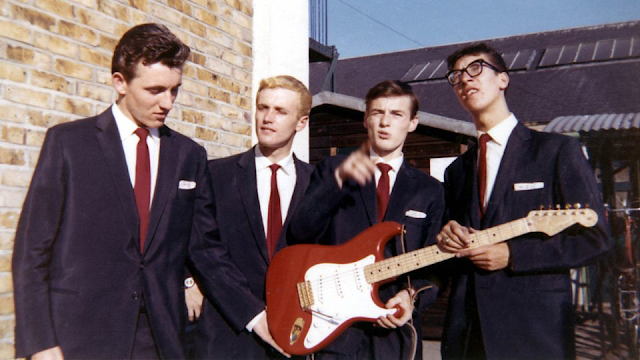 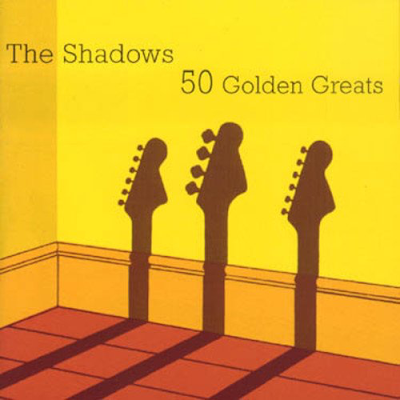 The Shadows were Cliff Richard's backing band and are widely credited as being incredibly influential on pretty much every UK (and some US) rock guitarists in the early/mid sixties - The Beatles, The Rolling Stones, Eric Clapton, Jimmy Page, Mick Ronson and so on. Yes, it may be difficult to imagine them listening to The Shadows in their mid-late sixties pomp, but it is without question that, as young lads, they learnt their first guitar licks by imitating The Shadows.

Their roll call of instrumental, guitar -driven hit singles here is the stuff of legend, and mighty evocative of those early sixties it is too - Apache, Kon Tiki, F.B.I., Wonderful Land, Dance On, Foot Tapper, Geronimo and the bizarrely-titled The Rise And Fall Of Flingel Bunt.
Just listening to some of those guitar sounds is just so nostalgic. I have to say, also, that the sound on this album is absolutely top class - superb stereo, considering that it is from the early/mid sixties. Listening to Disc One is an absolute pleasure.

The second disc largely contains material from when The Shadows became coverers of easy listening standards, like Something, Imagine, Don't Cry For Me Argentina, Riders In The Sky and God Only Knows.
The Theme From The Deer Hunter will always move me, though. A lovely track.