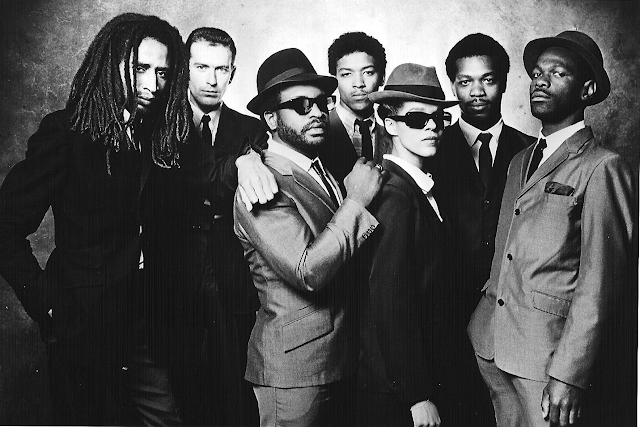 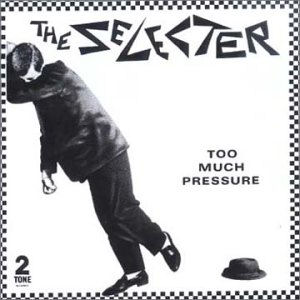 One of the most impressive and ideologically genuine of the two tone bands, this was a strident, lively debut album. Released in 1980, The Selecter joined The Specials, Madness and The Beat at the vanguard of this brief but vital “movement”.

Three Minute Hero was a spirited lead-off single, full of running on the spot two tone rhythms, wailing saxophone and pounding drums. The ska joy continues in the next track, the infectiously lively Time Hard. Singer Pauline Black had a soaring, strong, full of attitude voice that was perfectly suited to the energetic ska rhythms. You can’t keep still listening to this stuff. Very uplifting, effervescent and simply just fun. Beneath the fun, however, was often a “things are getting worse” message. The Selecter had their fingers well and truly on the political pulse of Thatcher’s broken Britain.
They Make Me Mad continues in that vein. The music is full of verve again, with a couple of dubby breaks in there too, plus some scintillating guitar parts as well. The Selecter could certainly play.
Missing Words was also a hit single - a mid-paced skanker with a catchy hook. Danger sees the pace get faster again, with some warning lyrics and exhilarating guitar and organ interplay.
Street Feeling is a typical Prince Buster-style madcap ska groove. The energy on this album never really lets up, a bit like a live gig. My Collie (Not A Dog) is a My Boy Lollipop rehash jaunty ditty in praise of drugs. The ska sound is lively, of course, but lyrical it is just a little silly. 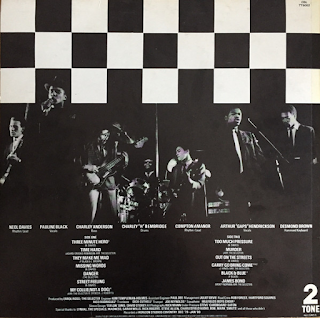 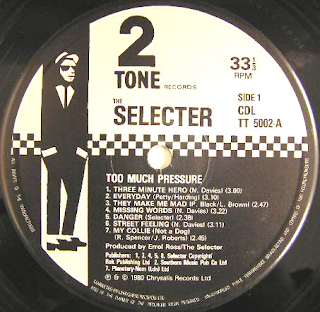 Too Much Pressure is a return to quality with a thumping, animated number full of skank and rhythm and a strident vocal.
Out On The Streets gets almost rocky in places although it also has some flamboyant dub passages.
Carry Go Bring Come is an original ska cover. As with the others, it is energetic and upbeat. Murder ploughs the same furrow. In fact, every track does. It is a pretty formulaic album, let’s be honest, but is none the worse for it.

** PS - On My Radio was a superb non-album single that comes with the "deluxe edition". 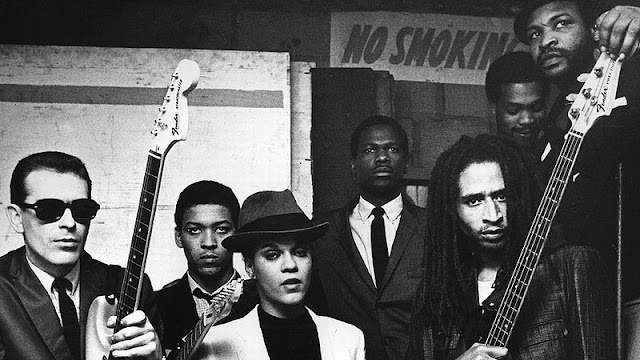 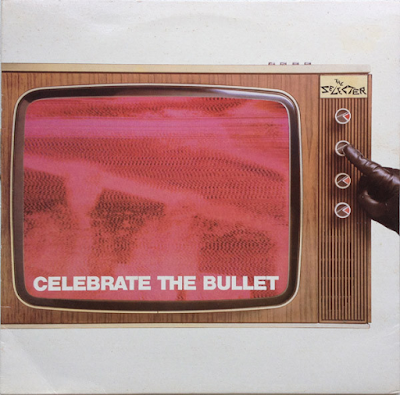 After 1980's successful debut album, Too Much Pressure, like their ska compatriots The Specials, The Selecter felt the need to change things a bit for their follow-up. Amidst a background of band members leaving, annoyed at the change in musical direction from full-on ska to a more new wave sound, and a few changes in image too, the album was received with mixed feelings both group members and the public alike. It was a commercial and critical failure. To this day, I don't know why. I feel there is a case for its defence as a bit of an underrated piece of work. It is a fine album, featuring bleak lyrics about social deprivation, inequality, racism and cold war paranoia. It is musically inventive and atmospherically spot on for 1981. Just as The Special's Ghost Town was. This is Ghost Town in a whole album.

Indeed, singer Pauline Black had this to say about the album, in retrospect -

“…I stand by Celebrate the Bullet wholeheartedly. It is a proud album by a proud band. We were rowing against the tide and ultimately were swamped in the mighty swell of the '80s pop market. There was no place for us in the musical world anymore…”

I'm not sure she is totally right about there being no place in the musical world for them anymore, but certainly the "two tone" bands faced a future of having to diversify or disappear. The Specials lasted only two albums, The Beat for three, Bad Manners for a couple. The Selecter would not return until 1994 so she probably had a point. It just goes to show how comparatively short the two tone thing was. Just 1979-80 basically.

(Who Likes) Facing Situations is a lively opener, like something off The Specials' first album or Elvis Costello's Get Happy!! - all driving organ and solid ska-style drums. It has a nice dubby, bassy bit as well. It had a male vocal, from Arthur "Gaps" Hendrickson (I think). The broody, again Specials-esque Deep Water has Pauline Black back on vocals. It was a good, atmospheric skank.
Red Reflections is has a fast infectious rhythm and a sensual vocal from Black. It has a sublime bass line on it. Check it out. Great stuff. 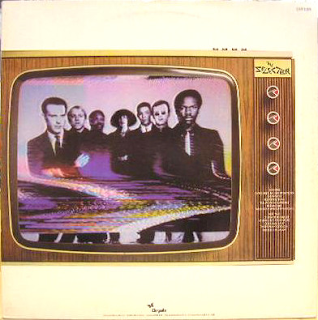 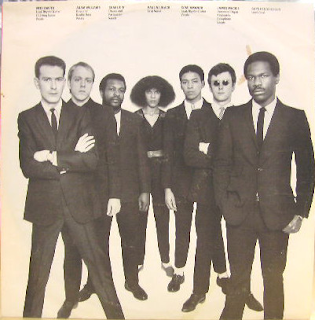 Tell Me What's Wrong features a male vocal again and packs a real ska punch. Bombscare is a wonderful, rumbling, menacing, dubby but sometimes upbeat number, packed full of atmosphere.
Washed Up And Left For Dead features Norman Watt-Roy from Ian Dury's Blockheads on bass and is another impressive number, with excellent dubby bass once more and a great vocal from Black.
Celebrate The Bullet is also very bleak and brooding, being an anti-gun song. It features some searing Gary Moore-style guitar, an unusual addition and a sign of an increased musical adventurousness. There is also one of those excellent ska trombone solos at the end.

Selling Out Your Future could have been written for the political situation in the UK in 2019. It has a great dubby, skanking sound and captures the feeling of 1981 just as acutely as Ghost Town did. It as such a shame that nobody properly appreciated this until years later.
Cool Blue Lady has a lively beat and general feelgood vibe, compared to a lot of the material, its lyrics about a tragic singer are nullified by the vibrancy of the track, however.
Their Dream Goes On is a sonorous, dark number, almost jazzily blue. The traditional ska sound is restored on Bristol And Miami, a song about recent riots in Bristol.

The fact that this album effectively did for the Selecter was incredibly unfortunate. This was not, by any stretch of the imagination, a career-ending album. Sometimes the ways things work out is so unfair. For many, this is a more cohesive, more meaningful album than Too Much Pressure. Thank goodness it has had a re-assessment in recent years. 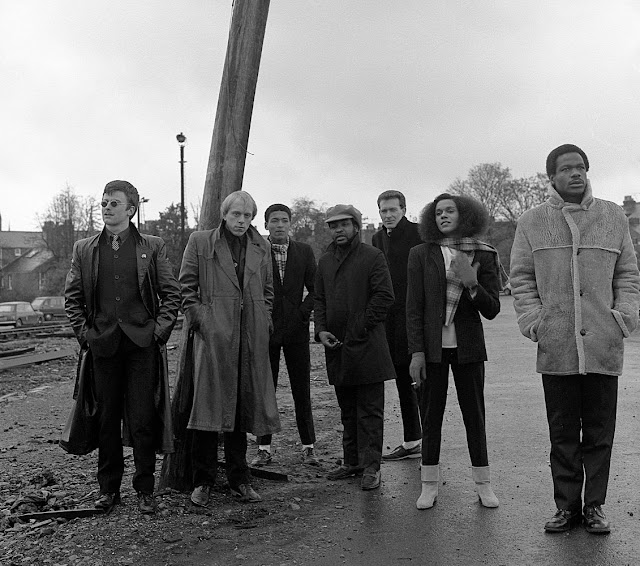 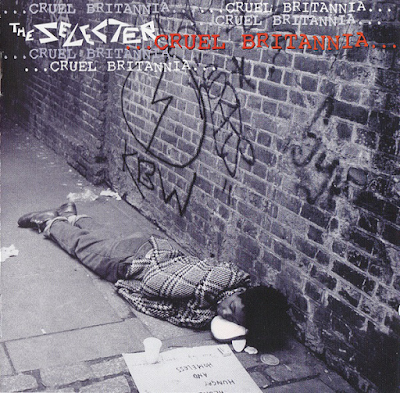 This was a superb, retrospective, politically-motivated album from a revitalised Selecter. It harks back to the group's halcyon days of 1979-1981 with its instantly recognisable bassy ska sound and Pauline Black's committed but tuneful voice. It is an excellent album, despite its music being from an earlier era's style. The sound is crystal clear, the band play with vitality and vigour and their political motivation is as strong as it ever was. If this had been released in 1980 it would have been an overwhelming success, as it was, in 1999, it still garnered considerable critical acclaim.

Cruel Britannia is a bassy, lively two-tone skank that calls in to question the initial optimistic Blair years of 1997-98. Always enjoy a bit of biting social comment, they group are suggesting that nothing much has changed. If they were unhappy then, God help them in 2019. Musically it revisits the glory ears of two-tone. Pauline Black's vocal is as good as it ever was.
Respect Yourself sees the group cover The Staple Singers' black consciousness/civil rights anthem in solid fashion. The song suits the two-tone skanking. "If you don't give a fuck about the quality of life you're living....", sings Black. I am not sure the pious Mavis Staples would ever have sang it so graphically.

Musical Servant (1927-1988) is a catchy, musically respectful tribute to ex-Skatalite Tommy McCook. It is a full-on ska song, unsurprisingly.
How Can I Win? has an absolutely delicious, melodic bass line underpinning a very typical Selecter groove.
Better Must Come is a bass, skank and harmonica-driven cover of Delroy Wilson's rock steady reggae classic. It is wonderfully done with Arthur "Gaps" Hendrickson's vocal sounding for all it was worth like the great Toots Hibbert.
The Viper is a rumbling piece of semi-instrumental, late sixties/early seventies-influenced skanking, with serious Dave & Ansel Collins influence, in both the organ sound and the vocal interjections. Great stuff. Takes you right back to the summer of 1971.

Never Said I Love You is a really atmospheric, slightly European-sounding slow burner, showing how the group could instrumentally diversify a little within the basic ska reggae framework. It contains some mysterious guitar lines and a nice deep bit of dubby bass near the end.
What A Confusion starts with a classic Johnny Too Bad-style organ intro before we get some toasting and then a classic seventies rock steady/classic reggae vocal. The bass line is yet again sublime and overall this is a very uplifting, highly nostalgic track.
Bad Dog is an amusing, upbeat ska number sung to a dog, warning it that it may not get a biscuit.

Lyrical Sniper is a dubbier revisit of The Viper. It has echoes of The Beat is its bass/dum interplay. It is full of infectious dub rhythms.
The final track, Blind Leading The Blind is a diversification, an evocative ballad in an acoustic Redemption Song style. It highlights what a great voice Pauline Black had/has.

This was a really impressive album from a band who are still touring and releasing material in 2019. It is not just a good two-tone style album, it is a good rock steady reggae album with dub and other influences throughout. 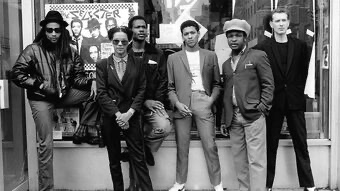