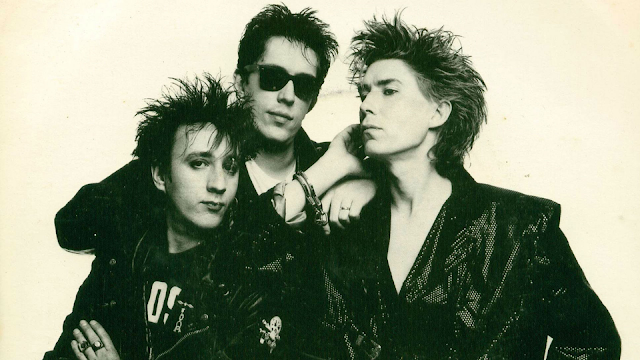 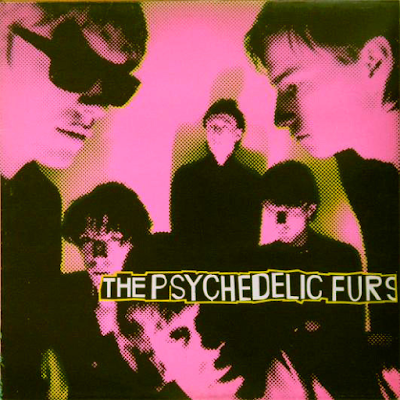 India/Sister Europe/Imitation Of Christ/Fall/Pulse/We Love You/Wedding Song/Blacks/Radio/Flowers
This is a leading example of a "post punk" album - full of influences from David Bowie's late seventies work and German "Krautrock" bands Neu! and Kraftwerk in places with a little bit of early Roxy Music thrown in. Funnily enough, vocalist Richard Butler's gruff, sneering tones were very punk as opposed to "new romantic" haughty. The latter style hadn't really taken off yet, so a funky PIL-esque tone was still de rigeur. The album was produced by Steve Lilywhite, who went on to produce U2. You can see that this influenced those early U2 albums in places.

The opener, India, starts with about two minutes of background electronic bleeps and noises before kicking into a post punk rocker with the vocals I spoke of earlier to the fore.
Sister Europe has a deep, sonorous saxophone sound straight off either the first Roxy Music album or David Bowie's  Low and "Heroes" instrumentals. It is a marvellously brooding, atmospheric track, although its debt to Bowie's material is huge.
Imitation Of Christ has an appealing saxophone intro. The Furs were unusual amongst their peers in their use of the saxophone. Duncan Kilburn was the player of it here.

Fall starts with an upbeat, almost Northern Soul-style thumping beat before the post punk vocals and searing guitar licks take over.
Pulse is one of the punkier tracks on the album, a frenetic drum, guitar and saxophone-driven X-Ray Spex type of song, particularly in the screaming saxophone breaks.
We Love You has Butler name-checking various people he is in love with - Sophia Loren, Frankie Sinatra and Diana Ross & The Supremes among others in full-on John Lydon leering style.

That Bowie sound is back on the beguiling, haunting The Wedding Song, with its PIL meets Joy Division feel and, notably, a proto-rap bit on the vocals half way through. It has a superb big, rumbling bass sound on it too plus some funky guitar at the end.
Blacks/Radio suffers from a dense, indistinct sound as does the sonic assault of the Velvet Underground-ish Flowers. A pity as they are potentially better tracks than they sound. The bonus "demo" version of Flowers is actually much better, one of the best cuts on the album.

** The bonus track, Susan's Strange, is a mysterious and insistent with great guitars, an early Roxy Music wailing saxophone underpinning it and a new romantic "sha-la-la" chorus. Soap Commercial is a good one too. Very post punk. Their take on Mack The Knife  is excellent, totally unrecognisable.

The sound is a tad muffled (comparatively) on the album, however. It could do with another remastering. 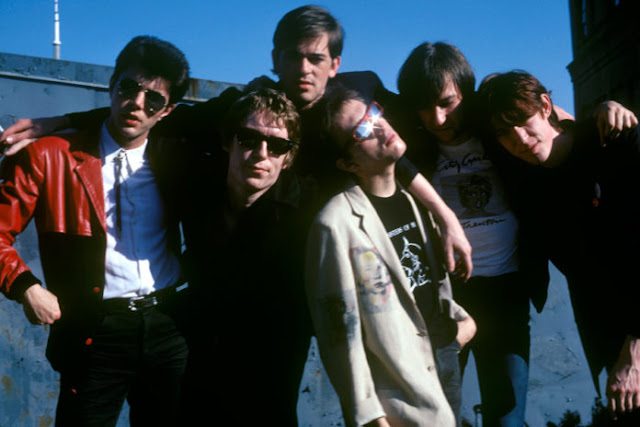 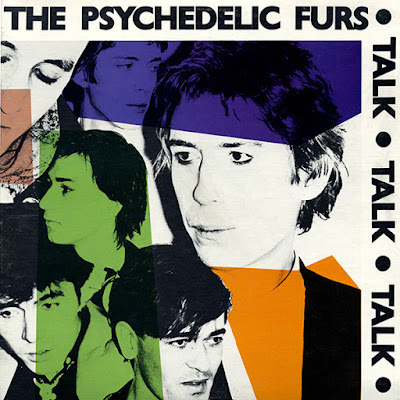 This was the somewhat unusually six-piece Psychedelic Furs’ second album and a truly great one it was too. It was a mix of post-punk earthy sombre sneery attitude and art-rock adventurousness, a step up from their debut album, being slightly more accessible. It has taken me, shamefully, years to get round to properly appreciating this (apart from the one track that I always loved).

Dumb Waiters is a marvellous, swirling piece of early Roxy Music meets post punk fare, with saxophones wailing all over the industrial strength, brooding backing. Some Robert Fripp/Adrian Belew guitar features too along with vocals from Richard Butler that sound like Johnny Rotten gets a sore throat and tries to sound like Joe Strummer. Excellent start. Could it be beaten? Not half. Up next is the spectacularly wonderful Pretty In Pink, which has always been one of my absolute favourites from the early eighties. From the first notes of that spine-tingling chunky riff to the gruff, expressively sneering vocals - everything about it is marvellous. I adore it.

I Wanna Sleep With You is punkily urgent - fast , aggressive and in your face, with more of that early Roxy saxophone wailing away. No Tears is a perfect piece of post-punk pop - dark but simultaneously tuneful and catchy. The Smiths must have given this a listen. It has a great bit of saxophone-bass-drum-guitar interplay in the middle. The track rocks all the way through, as indeed does the robust, muscular Mr. Jones, which has a sort of Joy Division meets Siouxsie & The Banshees riff. Once again, the saxophone enhances it brilliantly half way through.

Into You Like A Train is a stonking thumper of a track that has some pounding drums and a guitar sound that almost sounds like early U2 and Big Country in places - they too must have been listening. Some decidedly Bowie Berlin-era style guitar drives It Goes On along, accompanied by more punchy drums. Steve Lillywhite as producer of all three groups must have been an influence.

So Run Down is very post-punk in its broodiness and rubbery bass line (you will know what I mean when you hear it). Check out that great saxophone at the end too.
All Of This And Nothing has a Buzzcocks-esque vibe (I’m thinking of Moving Away From The Pulsebeat) and some more Roxy influences with a few vague Stranglers hints in the vocals here and there. The track begins and ends with instrumental sections that make it sound like three tracks instead of one.
The album's tracks end with a really good one in the bassy, sax-enhanced and catchily appealing She Is Mine, which has echoes of Pretty In Pink to it and a fantastic alternate (single) version of Mr. Jones, with a warmer bass sound and clearer riffs.

This was an album that, although it was cultishly popular, should possibly have achieved more success than it did, but its sound was always going to make it a bit niche. 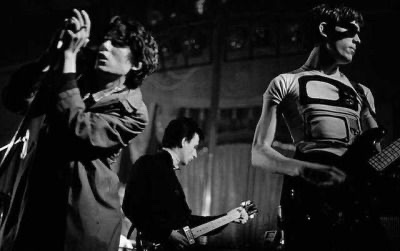