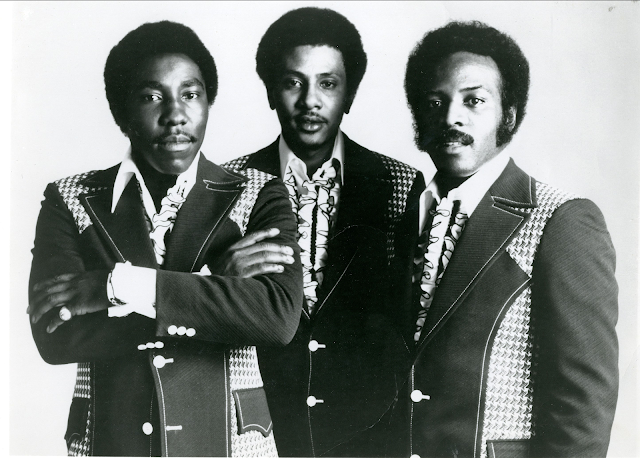 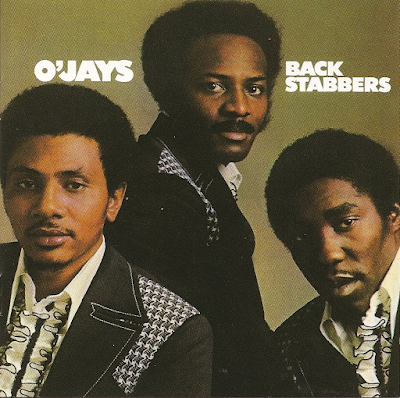 Inspired by The Temptations and Sly & The Family Stone in the late 60s and Curtis Mayfield and Marvin Gaye in the early 70s, by 1972 it was almost de rigeur for soul groups to channel their inner social conscience. The O’Jays kick off this, their breakthrough debut album on Philadelphia Records, with a funky “what’s wrong with the world today” slab of social comment in When The World's At Peace. Great start. Thereafter it is pretty much sweet soul all the way, albeit with touches of street wise comment, beginning with the classic “Philly Soul” of the hit single Backstabbers. The group had produced a few late 60s albums without much success, but it was from here that things really started for them.

Who Am I could have come straight off Marvin Gaye’s What’s Going On with its laid back soulful groove and lush, big production orchestration. It is, however a love song, so it would have fitted just as easily on Gaye’s Let’s Get It On.
(They Call Me) Mr. Lucky is a typical Philly Soul ballad, while Time To Get Down is one of the first example of that great Philly disco sound popularised by Harold Melvin & The Blue Notes as well as The O’Jays.
The extended funk/disco workout of 992 Arguments continues in that insistent pulsating vein, with an excellent instrumental last minute or two.

Listen To The Clock On The Wall has a stirring brass backing and Shiftless, Shady, Jealous Kind Of People is straight out of the Curtis Mayfield songbook. Whereas Curtis often laid things on very thick and his backing could on occasions be a bit tinny, here The O‘Jays have a rich full backing and their peerless vocal harmonies to render them a little different from either Mayfield or Gaye.

Sunshine is the album’s purest soul ballad, which is fine, but it breaks the upbeat, funky groove somewhat. Not to worry - the now iconic Love Train finishes things off in magnificent soulful call to arms style. 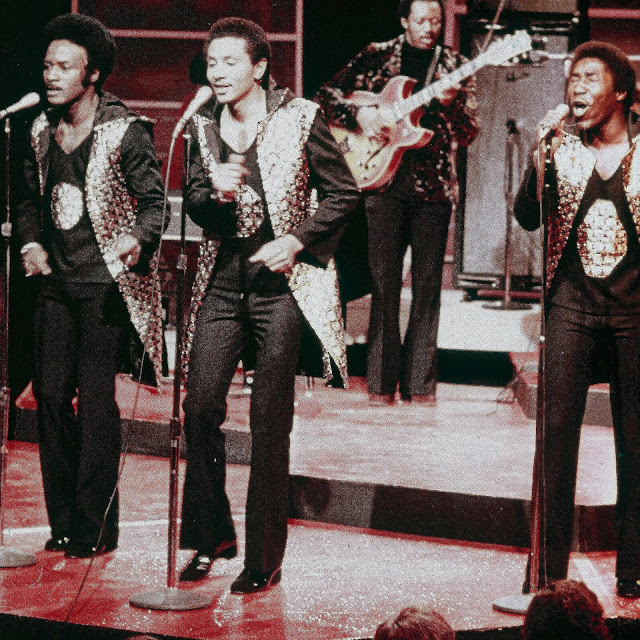 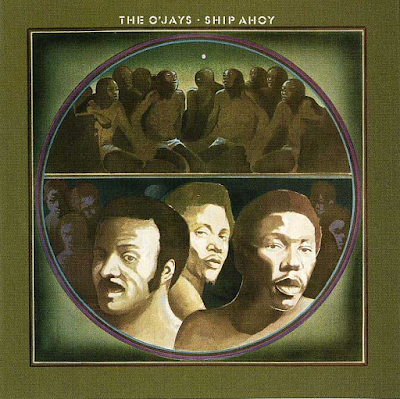 Put Your Hands Together/Ship Ahoy/This Air I Breathe/You Got Your Hooks In Me/For The Love Of Money/Now That We've Found Love/Don't Call Me Brother/People Keep Tellin' Me
This, along with its predecessor from the previous year, is part of the two best O’Jays albums on the Philadelphia International label.

It ploughs the same furrow as Backstabbers - a mix of social comment and upbeat, melodic Philly soul. Put Your Hands Together is an almost Northern Soul-ish pulsating danceable opener, with more than a hint of Chairmen Of The Board about it, while the extended nine minutes of Ship Ahoy sees a slower, more soulful  pace featuring the group’s excellent harmonies over a tight, bassy backing. However, it is one of the tracks that show that it is possible to combine socially meaningful lyrics without losing the soul or funk. The “ship” in question is a slave ship and references in the lyrics to “cracking of whips” leave the listener in no doubt as to the meaning of the song. The album’s cover reiterates that sad message. This was some five years before Roots, remember. Dig deep into this album and its layers reveal a darkness not immediately apparent.

The Air I Breathe is a return to the commercial, soul pop sound that featured on some of the previous album’s material, but again, the song conveys a message about pollution and the erosion of air quality. While the previous album contained some social comment, there is more on here. Underneath the lush soul sound and the disco/funk rhythms the O’Jays and the songwriters Kenneth Gamble and Leon Huff are angry and are going to use the vehicle of soul music to both preach and educate simultaneously. 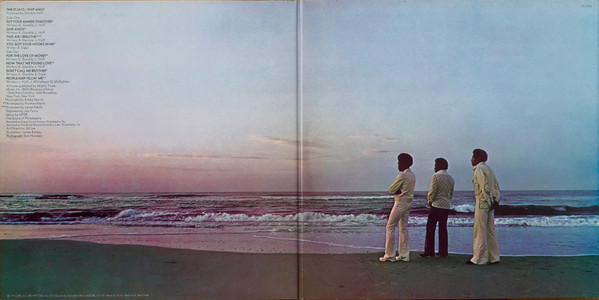 You Got Your Hooks In Me is unquestionably a soul smoocher, though. Great vocals. It has a seductive saxophone and bass backing too. Then there is the much sampled For The Love Of Money with its pulsating bass line played by Anthony Jackson and earthy lead vocal from Eddie Levert. Not forgetting the brass section breaks. Peerless.
Now That We've Found Love is the original of the hit single for reggae band Third World from 1978. Theirs was a truly iconic cover version, but this original version has a sweet soul groove that stimulates too. I was only familiar with the Third World version so it was good to hear this. I was unaware that it was originally a Philly/O’Jays song.

The cynical, lengthy soul blues of Don't Call Me Brother drifts on just a little bit too long, however heartfelt and soulful it undoubtedly is, but the closer People Keep Tellin' Me kicks off with a classic Philly intro and a Harold Melvin-style vocal to reaffirm that even on what is essentially a dark album, albeit with a honey veneer, The O’Jays were still a life-affirming soul combo of the highest order.

As a vital piece of 70s African/American social comment, it is up there with What’s Going On, Curtis, There’s Something About America Today, and There’s A Riot Goin’ On. It is never mentioned in such exalted company, which is a shame. 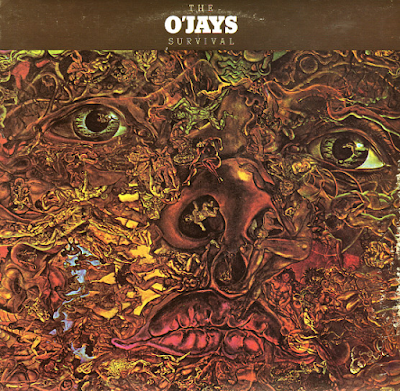 Give The People What They Want/Let Me Make Love To You/Survival/Where Did We Go Wrong/Rich Get Richer/How Time Flies/What Am I Waiting For/Never Break Us Up
By 1975, unfortunately, it would seem that the time for the O’Jays’ brand if social comment and sweet Philly soul was in the past. A shame, but that was just the way it was. Disco was on its way to change soul music for a while. Most soul acts subsequently felt obliged to put out disco-influenced material. The first notes of Unity from their next album, Family Reunion saw the O’Jays doing just that.

Back to Survival, while not reaching the heights of the previous two albums, there is still some good stuff on here - the syrupy soulful material juxtaposed with the biting, potent funk of the “message” songs. This is still a good album.

The highlight is the anti-big business and finance song in Rich Get Richer, which covers the same ground as For The Love Of Money. Other “aware” songs are Survival and Give The People what They Want.

How Time Flies and Let Me Make Love To You are both immaculately delivered slow soul numbers and we are reminded just how good the group were.

The brooding What Am I Waiting For is possibly the group’s last classic song. A great vocal over a rich bass and horns backing. Like Harold Melvin & The Blue Notes, The Chi-Lites and Chairmen Of The Board, we should be grateful to the O’Jays for giving us some truly memorable soul music in the first half of the 1970s. 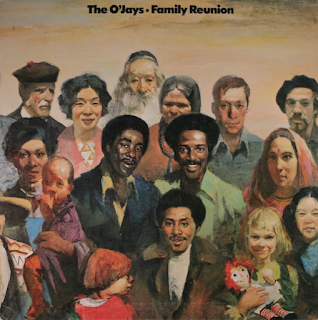 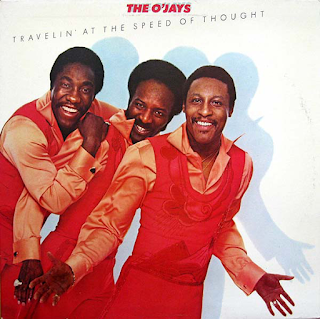 While not having the sheer quality and hard-hitting social perspective of the first two Philadelphia albums, bot these pieces of work are still eminently listenable. As alluded to earlier, disco had by now entered the mainstream of soul music and tracks like Unity, Travelin' At The Speed Of Light and the hit disco single I Love Music exemplify that.

There are still quality funk workouts though, like Family Reunion and Living For The Weekend (check out the bass on this one) and addictive sweet slow soul in tracks such as You And Me, the Parliament-style funk vocal of She's Only A Woman, So Glad I Got You Girl and an impressive cover of Morris Albert’s hit Feelings.

Some have said that the quality tailed off in these two albums. I have to disagree on that one. They are still highly impressive releases. They didn’t sell well, however, and that signified the end of The O’Jays’ best years. 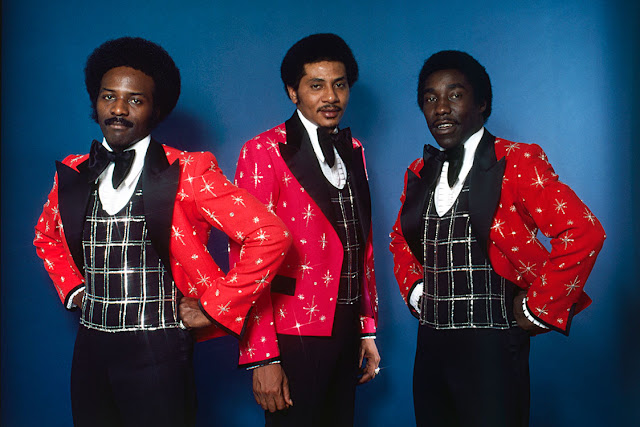