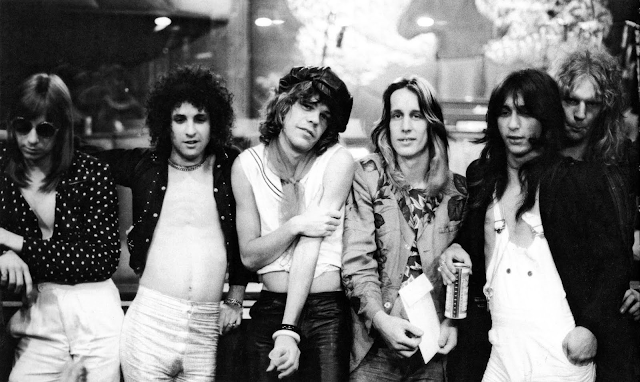 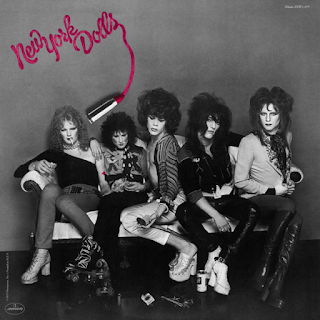 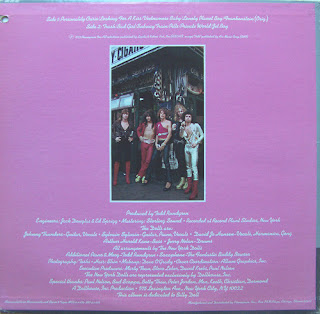 I remember when The New York Dolls appeared on the scene and watching them The Old Grey Whistle Test, looking forward, post-Aladdin Sane, to seeing the new US rival to Bowie. There had already been Lou Reed, of course, but this lot were supposed to be the real thing. I recall being somewhat underwhelmed and a bit perplexed by them, but at fourteen, I guess I'll forgive myself. Anyway, for whatever reason, they never really took off. I think they were considered too drugged-up and decadent, certainly in the UK. They seemed genuinely seedy as opposed even to Bowie, Bolan, Mott The Hoople, Roxy Music and the like. Strangely, despite their drag-style get-up, what comes across loud and clear listening to them is a raucous macho swagger.

This, in many ways, however, has a serious claim to being the first punk rock record, three years before the term had been invented. Just listen to the magnificent, sneering, frenetic pace of Personality Crisis. If that was not a punk record, I don't know what was. It is wonderful. The Dolls were a hyped-up Rolling Stones meets T. Rex and Bowie's glam side head on in a seedy, sweaty New York club. They were shambolic, rocking, r 'n' b, blues, glam. Lead singer David Johanson camped-up his Jaggerisms to the max, Johnny Thunders had some killer guitar riffs and their stage costumes were outrageous. Maybe they were just ahead of their time.
Looking For A Kiss is a kick-ass slab of proto-Sex Pistols industrial punk rock. The Pistols surely got their "kiss this" mannerisms from this. I had actually forgotten just what a great track it was.

Vietnamese Baby is another one that would not be out of place on Never Mind The Bollocks. It is throbbing, chugging, bassy and packed with excellent guitar riffs. It brings to mind New York, Submission and Liar from that album. They are so influenced by this it's untrue.
Lonely Planet Boy has them going acoustic and very Rolling Stones-ish with some unbelievably Lou Reed-esque vocals and stylings.
Frankenstein is a bluesy, earthy, menacing rock chugger with a lot of punk attitude to it. Rock music hadn't seen or heard anything like this. They really were ahead of their time. 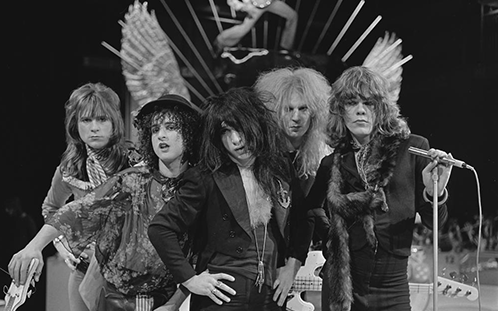 Check out Trash - how punk is that? I'm not sure why they didn't undergo a "re-birth" in 1976-1977, to be honest. They would have been perfect.
Bad Girl continues the dirty, underground, subversive feeling of it all, another totally punk song.
Subway Train doesn't change the approach much, but a cover of Bo Diddley's Pills was an inspired choice and seems tailor-made for The Dolls. It has some searing guitar in it and a great vocal.
The chunky, rocking Private World and the single, Jet Boy - full of glammy handclaps and Nazareth-style heavy rock riffs close a frantic album.

This was actually an incredibly influential and ground-breaking album. Listening to it, it makes you realise just how The Sex Pistols were maybe not so original after all.
Email ThisBlogThis!Share to TwitterShare to FacebookShare to Pinterest