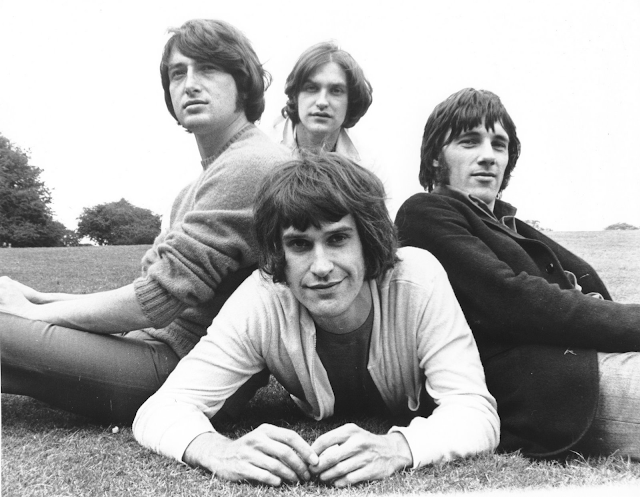 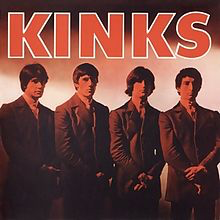 The Kinks’ debut album, released in 1964, contained none of the pertinent “social comment” songs that the group, through the songs of Ray Davies, became known for - Waterloo Sunset, Sunny Afternoon, Tired Of Waiting and so on. This was an album similar to those put out by The Rolling Stones, Manfred Mann and The Yardbirds at the time, The Who, and to a certain extent The Beatles (although The Kinks, like The Stones and The Yadbirds, were blues to The Beatles’ rock n roll).

The material is nearly all short, sharp blues rock covers, like Chuck Berry's Too Much Monkey Business (also covered by The Stones, The Beatles, The Hollies and The Yardbirds - funny how they all covered the same songs) and Beautiful Delilah (again, also covered live by The Rolling Stones) and the much-covered Long Tall Shorty. Slim Harpo’s Got Love If You Want It is also from the same supply. Other songs, like those written by Shel Talmy and Davies himself were pastiches of that blues rock style (particularly I Took My Baby Home) and, while it is all quite fun and enjoyable, it is very much just another mid- 60s British blues rock album. I have to say that two of the Shel Talmy songs, though - Bald Headed Woman (also covered by The Who) and I've Been Driving On Bald Mountain were truly dreadful (what was it about "bald" I wonder?). 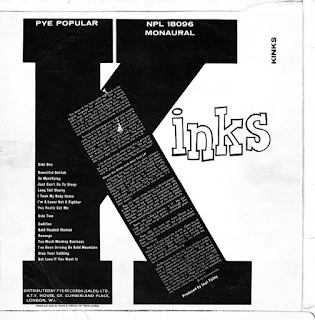 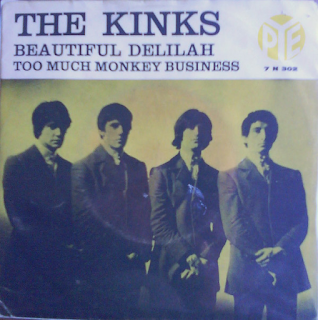 At the time the album was perceived very much as “second rate Rolling Stones” offering. This perception was probably a correct one - The Stones and The Yardbirds were much better than The Kinks in the blues field at the time, as The Animals, Them and The Who would prove to be. The Kinks desperately needed to find their own identity, something different to the blues scene. Thankfully for them they were soon to do that. You have to remember also that they were only young when they put this out. Yes, The Rolling Stones and The Who released far better debuts, but The Kinks needed to follow a bit of a different path, as indeed did the other two groups.

Two Davies tracks give a hint as to the potential that lay relatively dormant at this point - Stop Your Sobbing (a hit for The Pretenders some 14 years later) and the now viewed as ground-breaking rock riffery of You Really Got Me, full of (at the time) unique lead guitar attack. That track really stands out from those around it as something different and, yes, something special. The subsequent single All Day And All Of The Night would cement that new reputation even more. The Kinks were to prove that they were not just another British r ’n’ b covers band. Before that, though, this album can't really be rated as anything more than ordinary.

The album appears in both stereo and mono versions the two subsequent Kinks album only appeared in mono. Both versions are actually quite lo-fi in quality and not particularly well-produced.

The Live At The BBC extras included in the Deluxe Edition are excellent, both in musical and sound qualities. 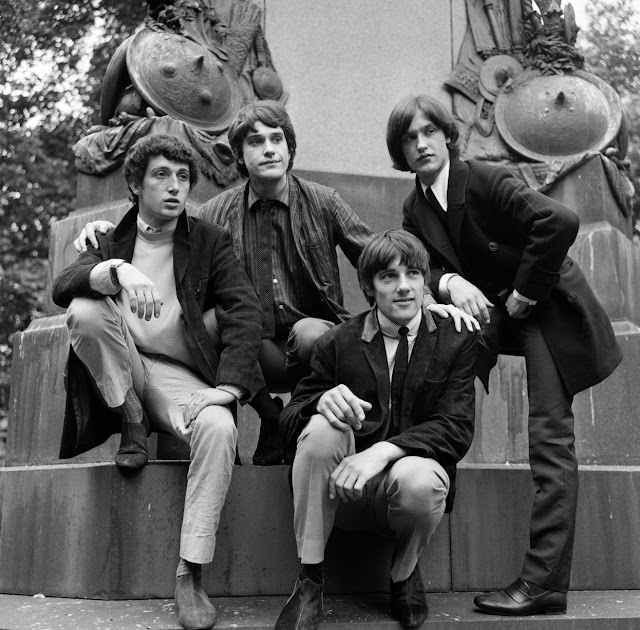 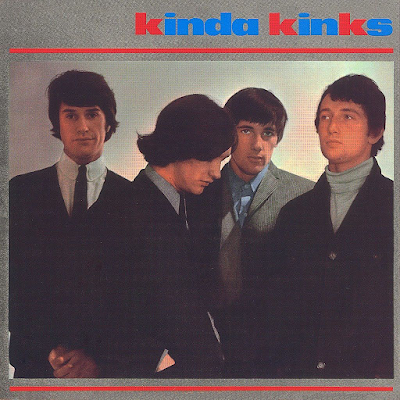 Apparently, the recording of The Kinks’ second album was very rushed, recorded and released in an amazing two weeks, and Ray Davies was never happy with the sound of it. Funnily enough, I find it to have a superior sound to the next album, Kink Kontroversy, and it is certainly a real improvement on the group's patchy debut album.

The album was still a sort of “British r’n’ b by numbers” typical mid 60s album, to a certain extent and it can indeed be described as a bit patchy and uneven. The hints of good stuff to come are far more prevalent than on the debut, however. The number one hit, Tired Of Waiting For You is very good, a real standout track, and helped to establish the band as one with a reputation for producing big-selling, quality singles. They still put in the effort to produce credible albums though and this is is still a good album and a good example of its genre and where the band were at in early 1965. They were still a bluesy band, and the blues on here is impressive, even the somewhat corny cover, Naggin' Woman. They also did the usual Stonesy stuff in Wonder Where My Baby Is Tonight. Check out that big bass line on this.

Nothin' In The World Can Stop Me Worryin' About That Girl is a laid-back acoustic blues number with provides a break from the more familiar r 'n' b sound. It was acoustic rock before Norwegian Wood and several years before Crosby, Stills and Nash. It was ground-breaking to a certain extent.

The non-album single, Who'll Be The Next In Line is a classic piece of pulsating, bassy Kinks’ blues rock. It deserved a place on the album in place of track number 7 - presumably feeling a kind of pressure to get in on the contemporary Motown explosion, they felt obliged to cover Martha & The Vandellas' Dancing In The Street. The less said about that the better! Don't Ever Change is a light and Beatles-ish number. So Long is a gentle, finger-picking breezy and harmonious acoustic song. Bot these tracks once again provided a variety on the album.

The Kinks were very much second fiddle to The Beatles and The Rolling Stones (and The Beach Boys), which was a shame, because these albums are not at all bad. In many ways The Kinks were ahead, creatively, of where The Beatles were at this time. Come On Now had a decidedly early-mid 60s Beatles-like riff, though, as does You Shouldn't Be Sad and Something Better Beginning.

Balancing that, though, the non-album track, See My Friends sounds like The Beatles from a year later or The Stones from 1967. Almost psychedelic.

This was a much better album than its predecessor and, although it only exists in mono, it is a very good, full, bassy mono sound and the overall production is a vast improvement on the debut album too. 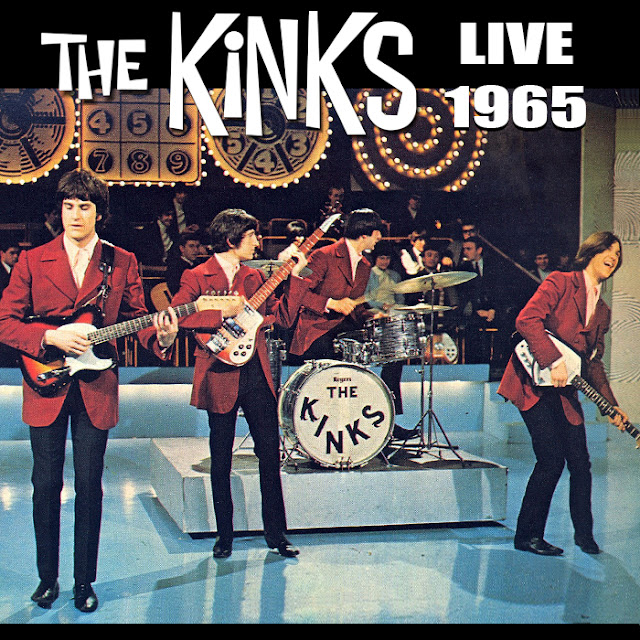 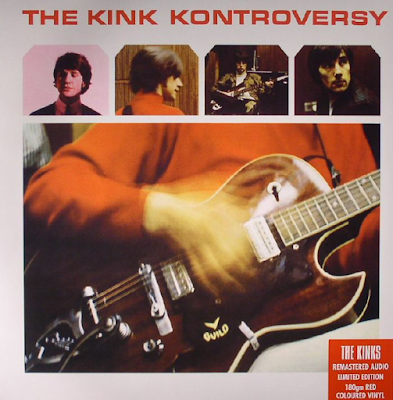 Despite being heralded as a “transitional album”, which saw a swing away from the blues-influenced covers and self-penned songs of the first two albums, there were still just a few examples of those type of tracks on here. Far less, though, it has to be said. It is still a bit Stonesy, but in a mid sixties Stonesy way, as opposed to a bluesy Stones one.

Milk Cow Blues was a robust cover of a classic blues, and the single Till The End Of The Day is, in many ways, a rehash of All Day And All Of The Night, while Gotta Get The First Plane Home and When I See That Girl Of Mine are still very mid-60s Rolling Stones-ish in both sound and delivery. However, they remind me of The Stones’ Aftermath, which was recorded over a year later, so maybe The Stones were Kinks-ish! Dave Davies' wistful I Am Free was surely an influence on The Stones' I'm Free, lyrically and musically, or was it the other way around? Both would seem to date from the Autumn of 1965.

Ray Davies’ songwriting, however, is moving in the direction he would later employ for the rest of his career with songs like I'm On An Island and the riffy, powerful Where Have All The Good Times Gone (covered impressively by David Bowie on 1973’s Pin Ups and Bowie, I am sure, “borrowed” the bass line for 1973’s Aladdin Sane's middle part). The World Keeps Going Round definitely has hints of hippy-ish pop and has definitely left the blues behind.

The soft ballad Ring The Bells almost sounds like early 70s “country rock”. These songs were more mature and sophisticated, particularly when compared to the band’s raw earlier material.

It's Too Late is a partial return to blues rhythms but with a solid acoustic guitar and bass upbeat rock riff. What's In Store For Me takes a blues bass line and rhythm and adds it to a typically 1964-1965 Beatles-esque melody. So, in many respects the chug of the blues still underpins a lot of the material, but the light, tuneful mid-sixties breeziness dominates. The same applies to the muscular You Can't Win. This track features some excellent bluesy guitar and piano, but the vocal is pure Beatles as are the 1964 era Lennon-esque lyrics. It is one of the album's best tracks, though.

In many ways, Kink Kontroversy was the band’s Beatles For Sale  - understated yet worthy of several listens. It is, however, as many 60s/70s albums were, very short. It is a pity the excellent, amusing single, Dedicated Follower Of Fashion was not included on it. 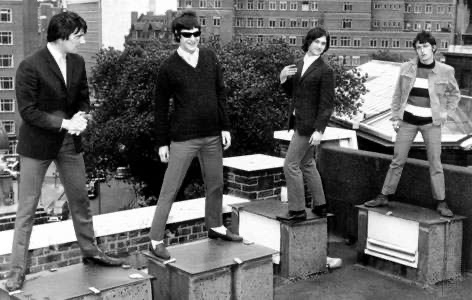