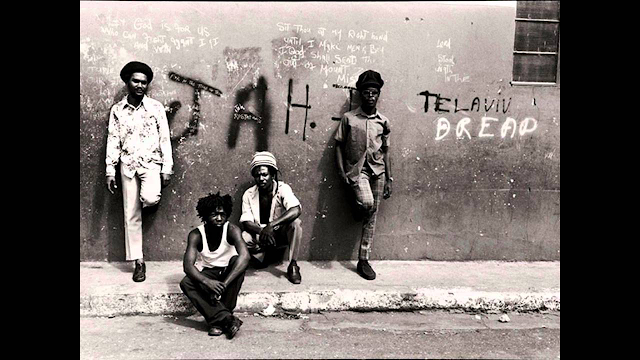 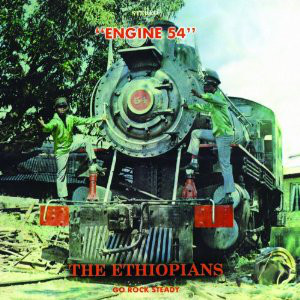 By 1968 the exciting, upbeat, vibrant sounds of Ska and Bluebeat had begun to be replaced in the often-changing tapestry of Jamaican music by Rock Steady. This, The Ethiopians' debut alum, was much more n the Rock Steady genre than ska, although Engine54 is often considered to be ska, it isn't, really. It is considerably slower.

My Love is actually a fifties-style rock'n'roll ballad with precious little Rock Steady in it at all, if any. The Ethiopians merged sixties rock/soul with Jamaican rhythms very successfully, and people around the release of this album started to take notice of this type of Jamaican music. Reggae, of course, had yet to be coined as a phrase or a genre. Toots & The Maytals' Do The Reggay came out in the same year.

That said, listen to You Got The Dough. It is full of reggae skanking rhythms. It was just that nobody had given it a name. Well, they had I guess - Rock Steady.
Train To Skaville is classic slow tempo ska, however and it possibly the best known track on the album, dominated by its horn riffs. Woman's World is almost calypso and sounds like something from the late fifties.

Train To Glory was later covered by Bunny Wailer and a variation of Long Time Now was done by Johnny Nash. This was a far more influential album than the actual sum of its parts. For an album dating from Jamaica in 1968 the sound quality on the latest Trojan Records remaster is pretty good.
Reggae Power (1969) 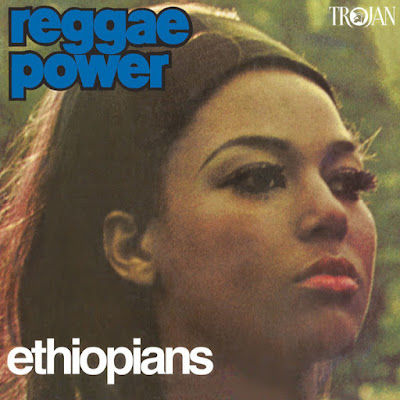 After the heavily ska-influenced groove of 1968's Engine 54, The Ethiopians returned the following year with this excellent, most enjoyable album that signalled a relatively significant change in sound. The more jaunty, horn-driven ska grooves were replaced by a sort of rock steady meets roots vibe. Yes, the horns are still there, but the pace is slower, the melody not so obviously carefree as the dense, more serious roots sound started to make itself known. For that reason, this is quite an important album in the gradual transition of reggae from ska/bluebeat to roots via rock steady.

For a 1969 reggae album the sound quality is outstanding. It is a great little album that gives pleasure from beginning to end.

Probably the most  well known cut on the album is the insistent and infectious brassy skank of Woman Capture Man which is followed by a similarly popular number in the skinhead groove of Everything Crash, a song that details a general strike that took place in Jamaica in 1968. Check out that brass and the accompanying rock steady beat. Great stuff.

What a Fire is a Toots & The Maytals-esque steady and slightly gospel-inspired stomper while (I'm Not) Losing You is a pleasant mid-pace piano-driven romantic skank. The Ethiopians could always be relied upon to produce a quality instrumental too, and they do so here with a saxophone-laden tribute to the recently assassinated Robert F. Kennedy.

Hong Kong Flu is, in 2020, a bit of an alarming song about a deadly virus - "it's terrible, it's a killer" we are told. Gun Man (aka You) is one of the first of what would be many songs addressing the problem of gun crime. One (Heart, One Love) is also notable for its spoken, sort of prototype 'toasting' vocal over an intoxicating rhythm. The rasta invocation of "dread" is used too, one of its earliest appearances. The guitar parts on this one are excellent too.

Feel The Spirit is a marvellous piece of bassy and brassy grooving fare which introduces the "feel the spirit" theme that Bob Marley would use so many times. Dollar Of Soul is a quality bassy and saxophone-led instrumental to finish this most satisfying album.

This was an album which saw the group be less of the lighthearted vocal trio they look like in the picture below and more of a roots-influenced band such as they are shown in the picture at the top of the page. 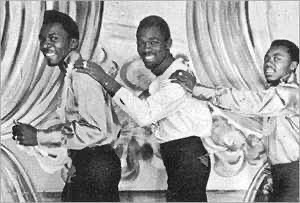