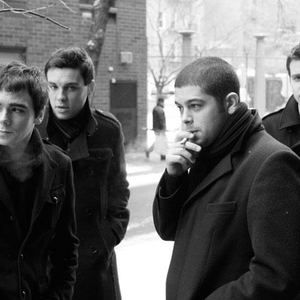 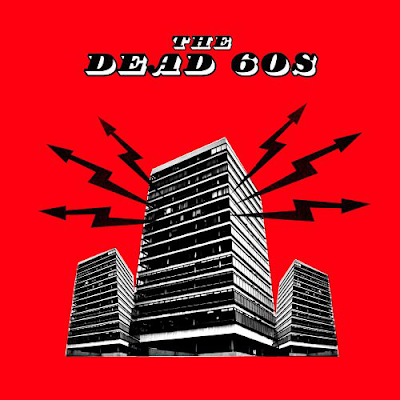 The Dead 60s were a short-lived punky reggae revivalist bad from Liverpool. Their sound was very and I mean very influenced by The Clash's Guns Of Brixton/Armagideon Time style of dubby white reggae that was popular in 1978-79. There are large echoes of the early albums from The Specials and Joe Jackson too. The music on this, their debut of only two albums, was almost exclusively retrospective. Not a problem for me, as this was my era and I loved the sound back in 1978, so I enjoy the occasional listen to this. I prefer the real thing, but this is ok. What is a bit of a problem is if your sound is completely revivalist - how far can you go? The Dead 60s lasted for one more album, so maybe there is your answer. You can't live in the past for ever.

Riot Radio is a very Specials-influenced opener, with strong hints of Gangsters about it, and The Clash's Know Your Rights too, plus some Joe Strummer "barking dog" yelps at one point. On thing that is not second-hand is the fact that The Dead 60s can play. They are good musicians and the sound quality is excellent.
The frantic A Different Age could have been from either of Joe Jackson's first two albums, bringing to mind Got The Time or One More Time. It also brings to mind early Gang Of Four as well.
That sound continues on Train To Nowhere, but this one has more Sandinista! vibes to it. The vocals are impressive.
The atmospheric, Clash-esque punky reggae sounds of Red Light is a great track, ideal for adding to a retrospective "new wave" playlist, despite its coming from nearly thirty years later. It has a great bass line on it. A similarly killer bass introduces the Watching The Detectives groove of We Get Low and the vocal is pure Strummer. It even quotes the line "roulette mine" from The Clash's Gates Of The West.

Ghostfaced Killer is a frenetic Specials-style ska number, again quoting The Clash in "those screams, sounds like murder" from Somebody Got Murdered. There are strains of early Madness in there too.
Loaded Gun is a catchy, riffy grinder of a track, with some excellent guitar parts. The Clash crop up again - "cashing in the bill of rights" - on the white reggae of Control This.
Soul Survivor has another excellent bassline and some Ghost Town keyboards, plus a bit of funky wah-wah guitar. It is an instrumental and a really good one too.
Nationwide is packed full of atmosphere, with some Augustus Pablo-style melodica and a bit of a spooky, apocalyptic sound to it. The early Joe Jackson sound returns on Horizontal together with a punky vocal.
The Last Resort has a bit of the early Police to it and also of a track by The Beat that I can't put my finger on, infuriatingly. Got it - Noise In This World.
You're Not The Law is an evocative slice of Specials/Clash menacing punky reggae.

Sure, this album is incredibly derivative, and therein lie its faults. That doesn't stop it being an enjoyable thirty-five minutes. however. 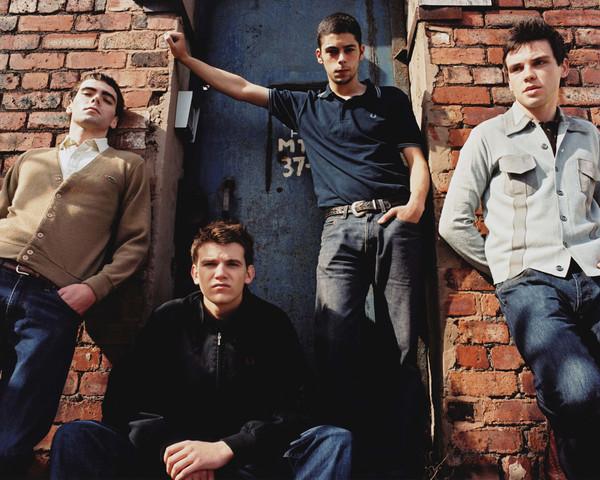 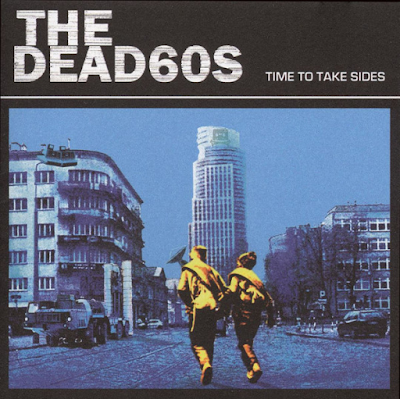 This was the second and last album from Merseyside-based retrospective Clash/Specials/early Joe Jackson influenced band. Where the first album was very definitely influenced by that late seventies white reggae/punk style, this one owes more to new wave and even nineties Britpop. There is a melodiousness to it as opposed to a gritty, urban dubby attack. The group are clearly trying not to simply produce more of the same. They diversify a bit, but it is still a retrospective offering.

Bolt Of Steel is a new-wave inspired number that reminds me of the material Bruce Foxton does these days. It features some jangly guitars and a "la-la-la" Jam-esque vocal bit at the end.
Beat Generation is a lively and catchy song with a solid bass line and another new wave feel about it. Actually, rather than look back to the late seventies in its feel, it has those afore-mentioned distinct Britpop echoes about it. It also takes a riff from Elton John's Passengers at one point.
Stand Up is a chunky, riffy but melodic and anthemic track that manages to merge both Clash and Jam sounds with even a Housemartins-style chorus.

Start A War again has both seventies and nineties vibes. In 1980 this would have been a great single and would now be on everyone's new wave playlist. As it is, it will remain largely overlooked, which is a bit of a shame, as it is a great song.
Dull Towns has a post punk/early U2 drum and guitar backing. Again, it would have sounded great at the time, but in 2007, it was probably just too out of time. Last Train Home is a slow, sombre plodder with a bit of atmosphere to it and a change of pace.

All Over By Midnight is a Ruts-inspired punky romp, full of throbbing bass lines and spiky guitars, together with an abrasive vocal. The Eton Rifles bit at the end is a bit obvious, though.
Liar could be straight off the first Clash album. Nice deep bass on this one too. Despite it clear revivalist sound, I can't help but like it.
Don't Walk Away is another Bruce Foxton-inspired track, for me, anyway. Desert Sun has vague hints of The Police in it. Seven Empty Days again harks back to 1979-82. It sounds like Madness.

So, that was The Dead 60s. They gave us two enjoyable, refreshing albums but they were ultimately just too backward-looking to prosper any further. That doesn't mean these weren't two good albums, though. 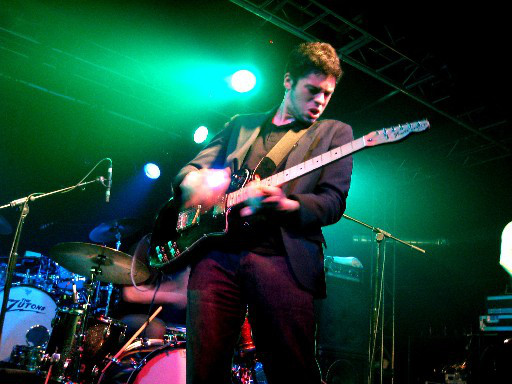