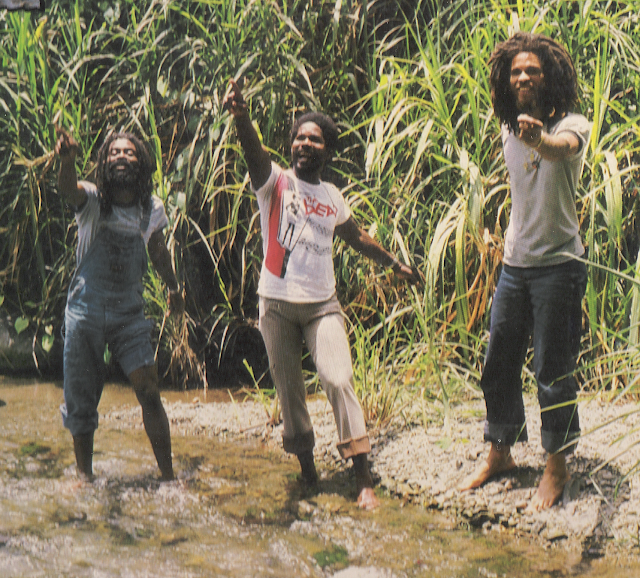 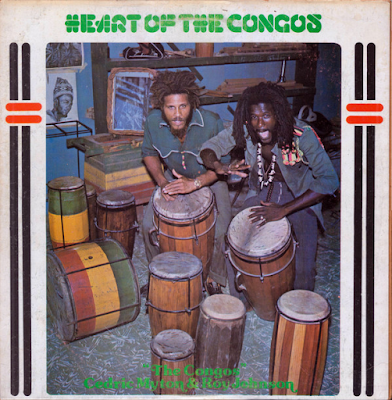 As a long-time reggae aficionado, I have a strange relationship with The Heart Of The Congos. It is, for many people, "the best reggae album ever", and indeed is the reggae equivalent of Miles Davis's A Kind Of Blue in that it attracts non-reggae fans to praise it, as Davis's album did for jazz. They are possibly the only albums from those genres that some people own. While it is undoubtedly an excellent album, I have to admit that it is not my absolute favourite. I prefer roots material from the same classic 1975-78 era from The Abyssinians, The Mighty Diamonds, The Gladiators and Israel Vibration. That said, (which is just a personal thing) of course, there are many, many good things about the album. It is still a classic of the great roots reggae era. No question about that, full of proper devout roots offerings - it sucks you in and demands repeated listenings, that is certainly not in doubt.

Like the material from those artists, what we have here is unsurprisingly pious Rastafarian "conscious" fare - praising Jah and warning of dire consequences for ignoring the word of Jah. The vocals  of Cedric Myton and Roy "Ashanti" Johnson are respectively high and low in pitch and beautifully harmonious. The musicians include Boris Gardiner on bass, Sly Dunbar on drums and Ernest Ranglin on guitar. Lest we forget, the production is the work of the mighty Lee "Scratch" Perry in his Black Ark studio. Surprisingly, Perry steps back from his trademark deep dub style and allows The Congos' lighter touch to prevail, their vocals taking centre stage, and the backing is also lighter, subtler and created to merge perfectly with the singers, as opposed to overwhelming them. Many heap praise on Perry for his production but maybe it is what he didn't do here that is the most important thing. He didn't bury it alive in dub and therein lies the album's strength. I guess it also showed Perry's instincts to be good ones and highlighted his versatility too. 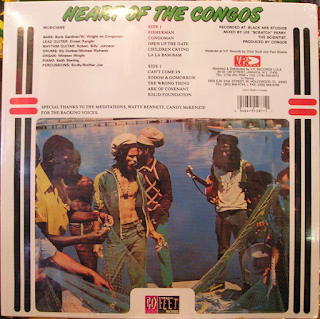 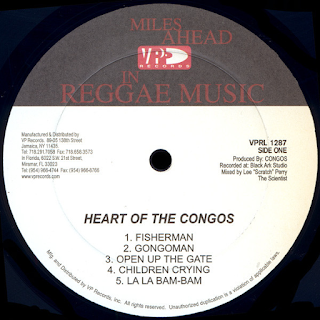 Fisherman is an entrancing number, perhaps the group's best known offering. It is a song of religious praise, although this gives way at the end, during a dubby passage, to extol the virtues of "the best collie (marijuana) in Seaport Town...".
Congoman utilises some typical Rastafarian drum/percussion backing and chanting-style vocals. It is intoxicating in its mysterious, deep, pounding rhythm. Excellent stuff. It is probably the most unusual, inventive track on the album, moving away from the traditional, steady skanking roots rhythm used on so much of the genre's material.

Open Up The Gate is a lively song of praise, with a distinctive cowbell-driven rhythm and a mournful, sonorous vocal. Children Crying has a chugging but melodic skank and a killer, soulful, yearning vocal. It is indeed packed full of soul (and assorted animal noises too, something Perry liked using). A great track.
La-La Bam Bam has a delicious bass line and that typical Black Ark Perry percussion sound. Its lyrics contain many Biblical references. Can't Come In is a light, airy, Abyssinians-style skank with a catchy bass line and lively, upbeat carefree feel.

Sodom And Gomorrow is, as you would expect, a cautionary tale of warning of the "burning" of Jah's wrath. Humanity will indeed pay for its sins. Lots of fire and brimstone. It is one of the most overtly deep roots cuts on the album, a complete contrast to the previous track.
The ambience lifts totally for the breezy groove of The Wrong Thing. It is still a pious song, but its vocals and melody make it supremely catchy. Ark Of The Covenant sees some more overt dubby passages in one the album's most rootsy numbers.

This new release contains both the remastered album and also, most interestingly, the previously unavailable Original Black Ark Mix. The latter has mainly shorter versions of the tracks, they are enhanced by a loose, stripped back rawness that makes them well worth several listens. They suffer, however, from an understandably inferior sound quality. It is a mono-sounding mix, with hiss here and there and simply not containing the fabulous clarity of the current remaster, which are nearly all longer versions of the songs, with more of Perry's inventive sound effects abounding, a richer, deeper bass sound and an all-over sharpness that sounds superb. This is the definitive version of the album. Check out the rhythm, bass and strange sounds at the beginning of Congoman. Wonderful.

This expanded edition is definitely the one to get hold of. I have the download which includes the material from all three CDs, but the vinyl, for some reason does not include the original black ark mixes, which must be frustrating for many. 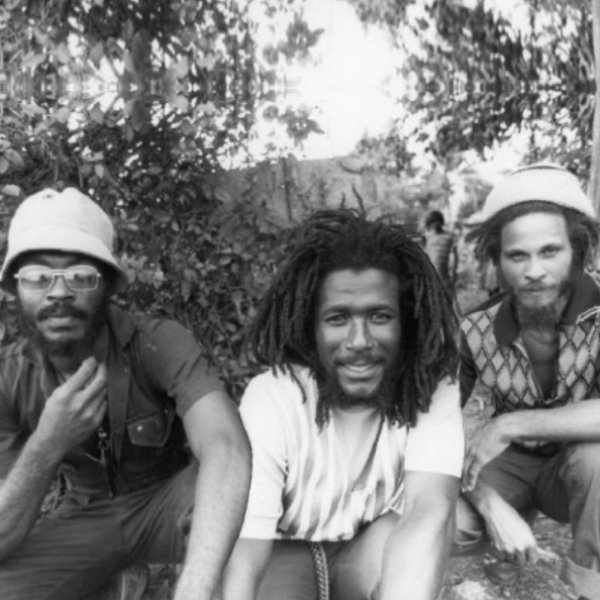